Jim Morrison appeared at my séance

I wasn't sure he'd revisit his old West Hollywood motel room, but I invited him anyway 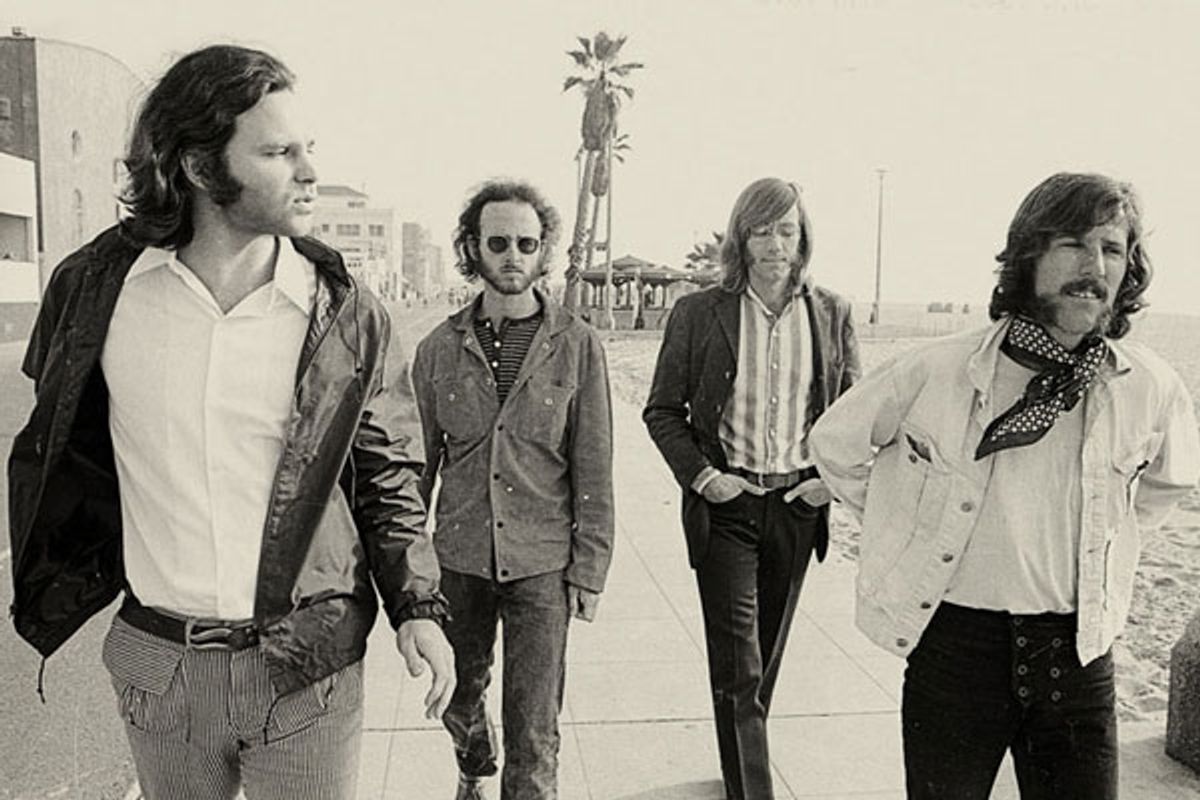 The idea, I thought, was a simple one: rent for a night the West Hollywood motel room where Jim Morrison lived on and off for three years, hold a séance with a few friends, and afterward throw a party. It seemed a fitting homage to Morrison, a party-hardy mystic who believed himself possessed by the spirit of a Pueblo Indian he had seen as a boy while traveling through New Mexico and happening upon the aftermath of a deadly accident. Indians scattered on dawn’s highway bleeding, he famously wrote of the incident in “Newborn Awakening,” his poem set to music by his band, the Doors, seven years after he died. Ghosts crowd the young child’s fragile eggshell mind.

Originally I planned to host the séance in late May or early June, before summer travel had truncated the guest list. On the other hand, I knew that the motel room was a “tiny little monk’s cell,” per an interview with Morrison’s bandmate Ray Manzarek, so the guest list had to be brief anyway. Some declined the invitation. “I don’t mess with stuff like that,” a woman friend told me during dinner one night. “I don’t even know if I believe in ghosts, but I’m not taking any chances.”

“I don’t know if I believe, either,” I said. “I mean, I really don’t believe, but I try to keep an open mind because I know people who claim they’ve seen ghosts, and they were sort of incredulous themselves. But, you know, this isn’t going to be a real séance. I’m just going to buy a Ouija board, and we can all kind of play around with it.”

“That’s worse than having a real psychic. Who knows what you could dredge up.”

I heard the same, or similar, from others, giving me pause. Why was I treating the séance flippantly, and what would I gain from it that way? At best, a few cheap laughs. But there was, potentially, something to be learned here, something about spiritualism and the atavistic streak in us all, so that rather than proceed like a kid at a sleepover, I should hire a psychic known, or anyway believed, to have contacted the dead. Finding one should be effortless. As Farnworth Crowder, a journalist whose name evokes the wealthy villains and waspish columnists of old Hollywood movies, wrote circa 1931: “In the South of California has gathered the largest and most miscellaneous assortment of Messiahs, Sorcerers, Saints and Seers known to the history of aberrations.” Surely that was still the case in 2013. It was, Google confirmed, directing me to a long list of area psychics on Yelp. Since even matters of spirit are now subject to customer reviews, I weeded from the list those psychics unable to contact the dead, either because that wasn’t a service they provided or, as indicated by their low star ratings, they were poor psychics.

Then I read a review by a customer greatly pleased with her experience at a place I’ll call Casa Clairvoyance. Through one of the staff psychics at Casa Clairvoyance, this customer had contacted her dead father, and he had made “the same comments he always did, jokes, etc.” while settling lingering mysteries of his passing. “It was the best money I ever spent,” the customer summed up, awarding Casa Clairvoyance five out of five stars.

Casa Clairvoyance is in my neighborhood. I had passed it many times, put off by the crude paintings of tarot cards on the cement wall at the mouth of the property. But that was before I started searching for a psychic, and it seemed fortuitous that I had located one in my backyard, as it were. I called Casa Clairvoyance immediately and explained what I had in mind to the woman who answered the phone.

“Let me get this straight, honey,” she said. “You’re a writer, and you want to interview Jim Morrison?” At least she had heard of Jim Morrison. I take nothing for granted these days.

“I don’t want to interview him,” I told her. “I don’t even have anything I particularly want to say to him. I just want to see what happens if a psychic comes to this room and tries to contact him. Maybe nothing will happen. Maybe the psychic will pick up on other people who’ve been in the room. I really don’t care what happens. I have no expectations. It’s just a kind of experiment.”

“And you’re going to write about it? I don’t know, sweetie.”

She clearly feared a hatchet piece, but I promised that if I wrote about the séance, I would render it fairly and faithfully, and at last she offered to set me up with a psychic named Bianca who could phone me in a couple of hours. However, Bianca’s fee was $225 an hour, sweetie, and Bianca had a two-hour minimum for special events like this one, honey, so I was looking at $450, and that didn’t include travel time to and from the motel—I would have to pay for that too. Did I still want Bianca to phone? Sure, I said, though I felt like I was hiring a hooker, not a psychic, and I had set aside $300 for the motel, the psychic, and the liquor for the post-séance party. But maybe a budget of $300 was naïve, and if Bianca impressed me enough when she called, I would consider meeting her price.

Bianca called two days, not two hours, later. That may have been the fault of Sweetie Honey, not Bianca, but it didn’t produce confidence either way. Nor, I decided, did starred reviews written by strangers produce much confidence. Maybe a friend, or a friend of a friend, could vouch for a reasonably priced psychic medium who promptly returned phone calls and would welcome the chance to channel Jim Morrison. That wasn’t too much to ask, was it?

So it would soon appear.

The rest of “Room 32″ is now available as an e-book in the Kindle Store.   To get it, please click here.