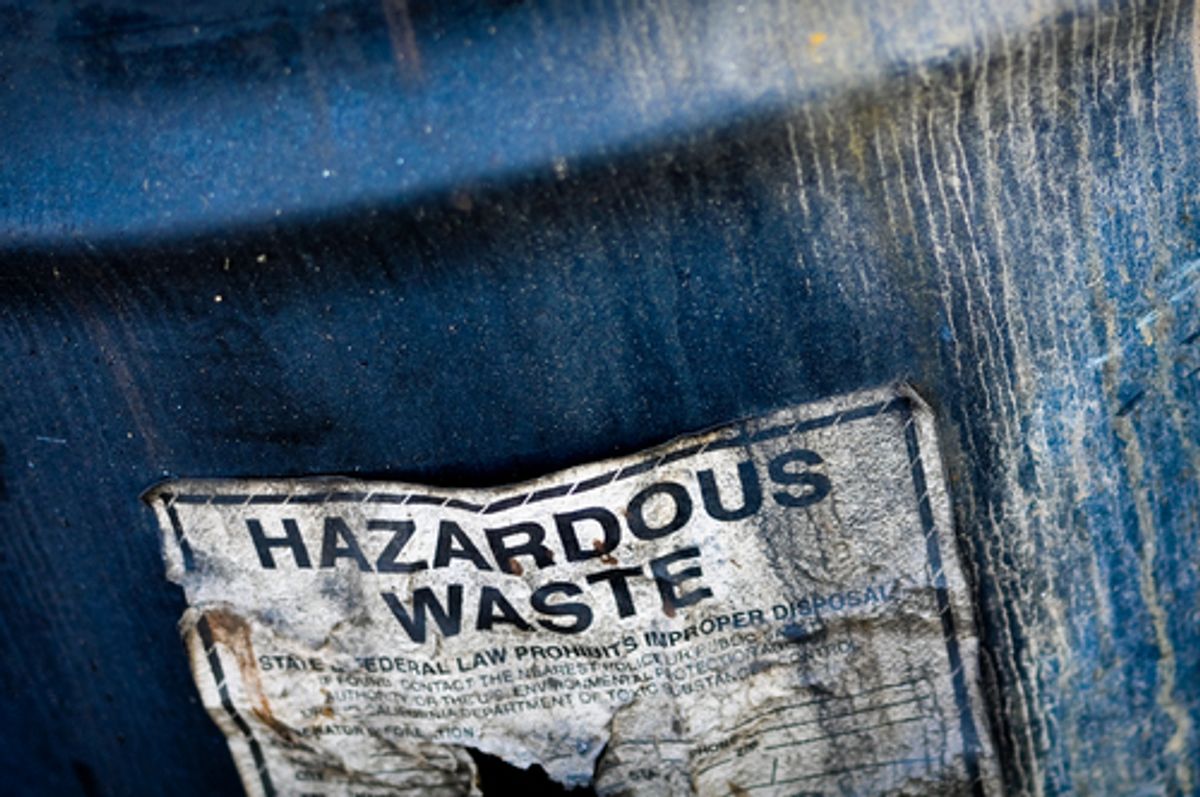 Despite its dependence on nuclear power plants to generate about a fifth of the nation's energy, the United States never decided on a coherent plan for what, exactly, it should do with its radioactive waste. As a result, Bloomberg reports, some 70,000 metric tons of spent fuel are being temporarily stashed at the plants that produced them.

That makes Illinois, which has more reactors than any other state, America's biggest nuclear dump site. The state is currently storing 13 percent of the country's radioactive waste. Following closely behind are Pennsylvania, South Carolina and New York. Inadvertently and without their consent, experts said, the states “have become de facto major radioactive waste-management operations."

The lack of a long-term solution (as in, long enough to cover the thousands of years radioactive material takes to decay) is both unsafe and expensive, according to Bloomberg:

Since 1998, the U.S. government has been required by law to remove nuclear waste from plants and haul it to a secure disposal site -- though it hasn’t because none has been built. Congress in 1987 designated one for Nevada’s Yucca Mountain, a project that President Barack Obama’s administration cut funding for in 2010 at the urging of Senate Majority Leader Harry Reid, a Nevada Democrat.

In the meantime, utilities and other power providers have sued the U.S. almost 80 times to recover their storage costs, winning $2 billion in judgments and settlements. Taxpayers may be forced to pay as much as $20.8 billion by 2020 as the liability grows, according to a report last year from a commission Obama created to study waste-storage options.