For astronaut Jerry Ross, Capt Jim Lovell made shooting for the moon and landing among the stars more than metaphor 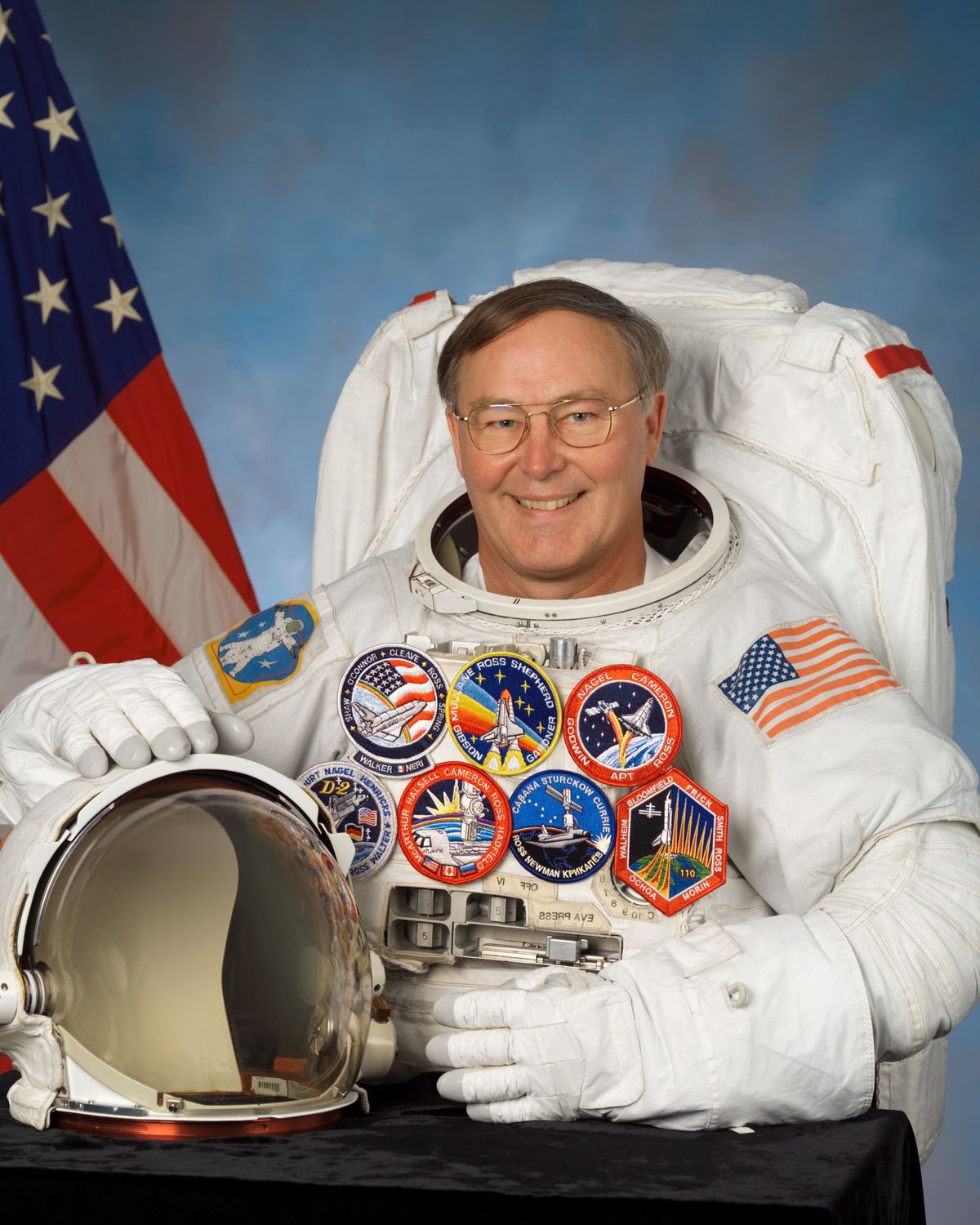 This is the third installment in the new "Inspiration Foundations" series, featuring contemporary visionaries who've found inspiration in cultural icons who were Born in 1928. The series is brought to you by Cole Haan. For more stories, click here.

Astronaut is one of those seemingly out-of-reach, dream jobs your average fourth grader might aspire to. Growing up during the beginning of the space race, Jerry Ross was one such fourth grader. He watched man’s epic move into the final frontier unfold, from its earliest satellites to his own NASA missions in the ’80s. This, of course, included following the legendary career of Captain Jim Lovell, an astronaut immortalized on film as the commander of the Apollo 13 craft, which he and his crew heroically brought back to Earth after a critical failure. Throughout his career, Captain Lovell took on missions that furthered the exploration of space no matter what. For Ross, this example pushed him to excel—and visit space a record-setting seven times.

Have you met Captain Lovell in person?
I have met him several times at events in and around NASA’s Johnson Space Center. In real life, I’ve found him to be exactly the person I thought he would be. He’s incredibly down-to-earth, easy-to-talk-to, and always ready to tell a joke or laugh at someone else’s. Even before I met him, he was one of the astronauts who inspired me to get involved with NASA.

From the first satellite launches, I followed the United States space program very closely. I have very clear memories of the public excitement surrounding the early satellite launches. This was, of course, shortly followed by the selection of the original Mercury 7 astronauts. I remember sitting in front of the TV watching all of the coverage—I wanted to know everything and anything there was to know. I remember people talking about the early manned space launches on TV, and I was set on learning everything about the astronauts and what they were doing. Back then, Jim Lovell was considered for the first class of astronauts, but he wasn’t actually selected until the second class hired by NASA in 1962.

Watching him, Lovell was one of my heroes because he had a really determined demeanor about him and a workman-like approach and dedication to the job. When I was home watching these missions on TV, I was so caught up in the fantasy of it, I didn't really realize the uncomfortable realities of what those guys went through. They were explorers in the truest sense. For his first flight, Lovell took on a very demanding mission with Frank Borman, It was demanding, but it wasn’t necessarily glamorous. They were in a cramped Gemini capsule for 14 days. Even though it wasn’t glamorous, it was a critical mission that would build the foundation for our nation to pursue the Apollo lunar missions.

He was always very dedicated and I found this very admirable about him. From 1965 to 1970, he flew four space missions, which demanded a lot of work. I know firsthand what goes into that—and it’s a lot—I myself was the first human to be launched into space seven times. He was only one of 24 astronauts to fly to the moon, and he made it possible for someone like me to have clocked in more than 1,393 hours in space.

How did you get involved in NASA?
I was the kind of kid making scrapbooks of rockets and satellites even before the first satellites were launched into space in 1957 and 1958. I grew up with space all around me. I can remember being in the fourth grade when the first Russian and American satellites were launched into orbit respectively. I resolved to pursue an education and career path that would lead me into our country’s space program. Everything I did after that point, everything in school, all the money I made working on farms and elsewhere, it was always directed toward that goal. After high school, I went to Purdue University in my home state of Indiana; then I became an engineer and eventually got involved in the U.S.’ space program. While I was at Purdue, I joined the Air Force ROTC and then I entered into active duty in the Air Force after I finished my masters in mechanical engineering. A series of Air Force assignments eventually lead to my applying to NASA for selection into the astronaut program. I applied to the Space Shuttle program in 1977, but it took two tries, again something I learned about dedication from watching guys like Lovell. I was successful on my second application and I had a wonderful career before retiring.

How did Captain Jim Lovell inspire you?
I started out in the Air Force, and similarly Lovell started out in the Navy. I brought some of my Air Force training to my space career—in things like dedication and my approach to taking on difficult tasks. Before becoming an astronaut, Lovell had a remarkable naval career. I think he set a great example for anyone who wants to excel in whatever they’re doing, whether it’s making it to the moon or getting ahead in a business career. He certainly set a standard to emulate, which helped me pursue my goals and my career with NASA.

What have you been doing since retiring from NASA?
Just because I’m retired, I haven’t slowed down! I’ve written an autobiography, Spacewalker: My Journey in Space and Faith as NASA's Record-Setting Frequent Flyer. Now I’m enjoying spending my time touring, doing book signing events, and giving lectures. I’ve been focusing on talking to students about setting goals for themselves that are in line with their natural talents. My wife, Karen, and I are also doing some more earthly explorations; we’ve been traveling abroad more and in the U.S. and I’m also enjoying the time I have to spend with my family.

How do you hope to inspire the next generation?
Well, as I mentioned, when I’m touring and speaking to students, my message to them is to study hard, work hard, and not give up easily. I’m also working with Purdue University on ways to encourage students to pursue careers in STEM fields. I grew up during a time when science, technology, engineering, and mathematics were the future, and they still are. When you ask a fourth grader today what they want to be, like someone probably once asked me, there’s always a good chance, they’ll say, astronaut. But I’m living proof that your fourth grade self can decide your career. I had figures like Lovell, and now, I want to be that person who makes a young person, not just dream about going to space, but actually go to space.