Must-see morning clip: On the ground at Benghazi

A security officer breaks his silence and tells "60 Minutes" that al-Qaida planned the Sept. 11 attack UPDATED 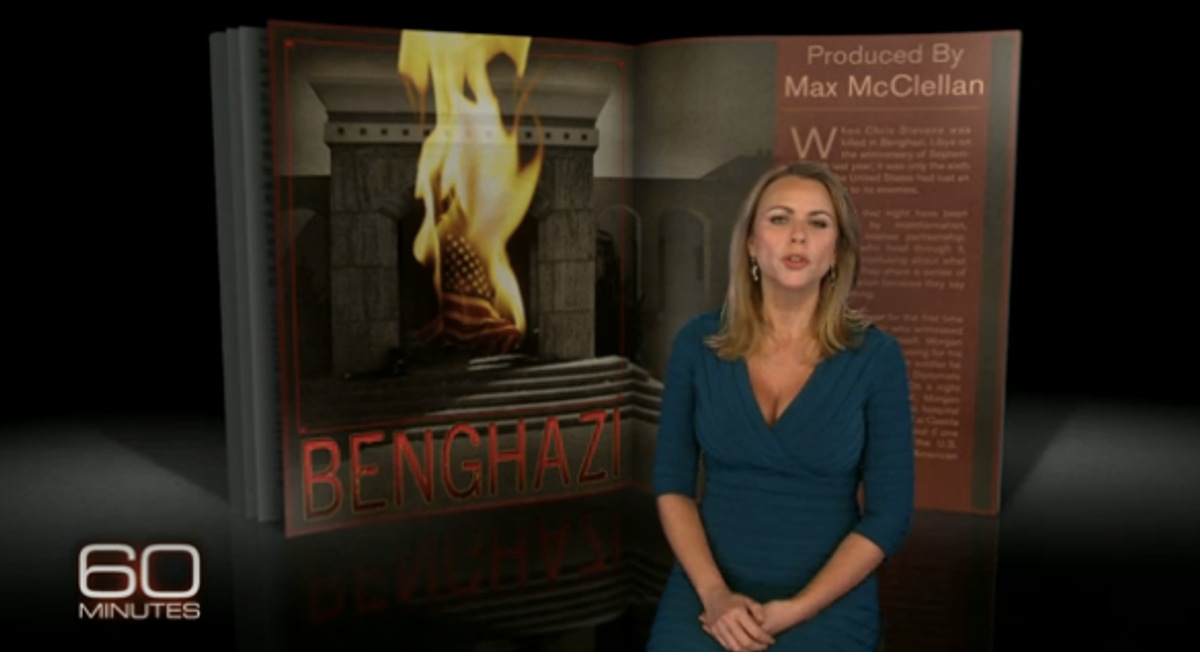 Using the pseudonym Morgan Jones, a British security officer on the ground at Benghazi on Sept. 11, 2012, has come forward on "60 Minutes" to say that, contradictory to early statements from the White House, the attacks on the CIA compound in Benghazi were planned. According to Jones, who had noticed the overwhelming presence of al-Qaida in the city upon his arrival last spring, intelligence officers had feared an attack similar to Benghazi for months; their concerns went unaddressed.

Andy Wood: --"Shut down operations. Move out temporarily. Ch-- or change locations within the city. Do something to break up the profile because you are being targeted. They are-- they are-- they are watching you. The attack cycle is such that they're in the final planning stages."

Lara Logan: Wait a minute, you said, "They're in the final planning stages of an attack on the American mission in Benghazi"?

Andy Wood: It was apparent to me that that was the case. Reading, reading all these other, ah, attacks that were occurring, I could see what they were staging up to, it was, it was obvious.

Update: Lara Logan's report on "60 Minutes" has since been discredited, with "60 Minutes" pulling the report after reporters determined that Jones's story was fake. Logan apologized to audiences on Nov. 10.