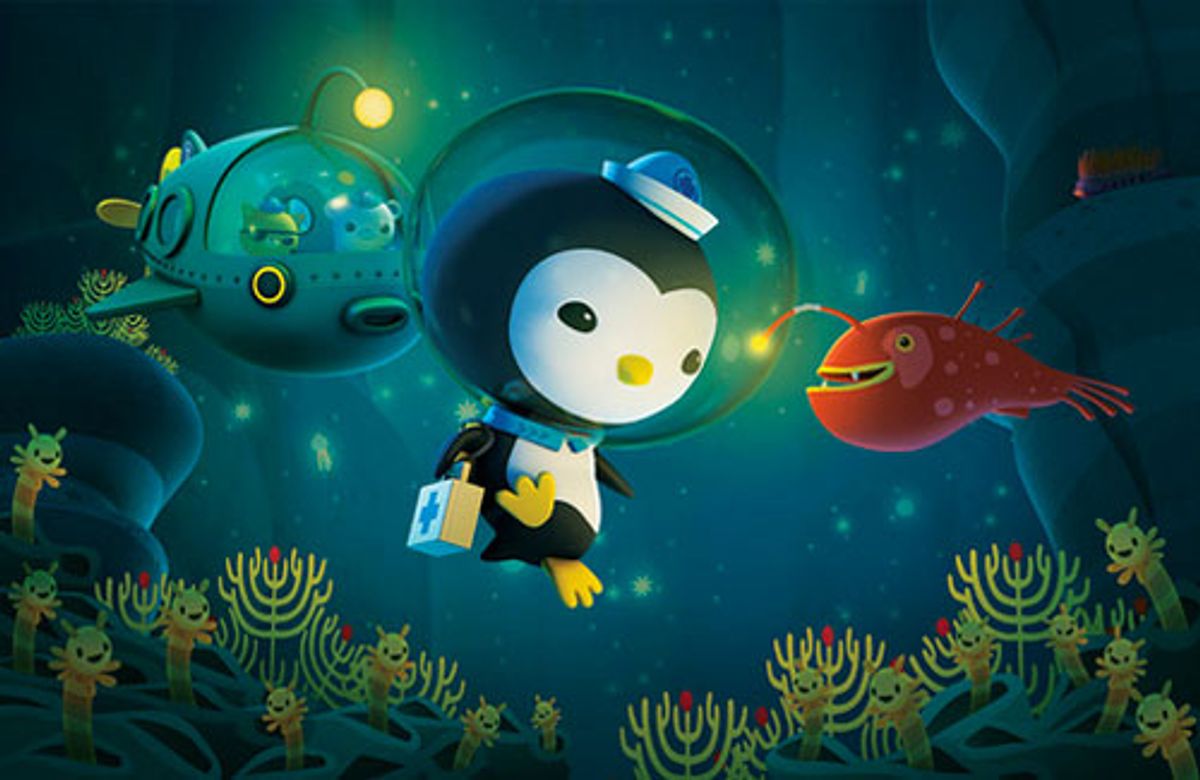 The National Oceanic and Atmospheric Administration (NOAA) is seeking to improve its image -- by associating itself with cute cartoon characters.

The federal agency announced that it's partnering with the producer of "Octonauts," an animated preschool series that airs weekday mornings on Disney Channel. Aside from being an opportunity to sell stuff -- the Times mentions co-produced games, toys, mobile apps and educational materials, along with live events -- the partnership's stated goal is "to raise awareness of ocean exploration and science and advance NOAA’s mission." The New York Times reports:

NOAA, which initially contacted the “Octonauts” producers 18 months ago, is trying to encourage future oceanographers but also wants to raise its profile among the broader public. Through “Octonauts,” “We find we’re reaching their parents just about as effectively as we are reaching 3- to 5-year-olds,” said David McKinnie, a senior adviser in NOAA’s Ocean Exploration and Research office.

...Kurt Mueller [the show's creator and executive producer] said “Octonauts” already consulted marine biologists to make sure its content was accurate even before NOAA’s involvement. But by adding such elements as a NOAA recording of the 52-hertz whale, “we’re able to deepen the science within the body of the show,” he said, and the joint events are “extending that learning beyond the screen.” The NOAA collaboration, he added, “lends the show the rubber stamp of legitimacy.”

The partnership, according to the Times, comes on the heels of NASA's collaboration with the forthcoming "Space Racers," another science-based program aimed at preschoolers. It's seen, according to a NASA spokesperson, as “ a real opportunity ... to get in early with young minds.”