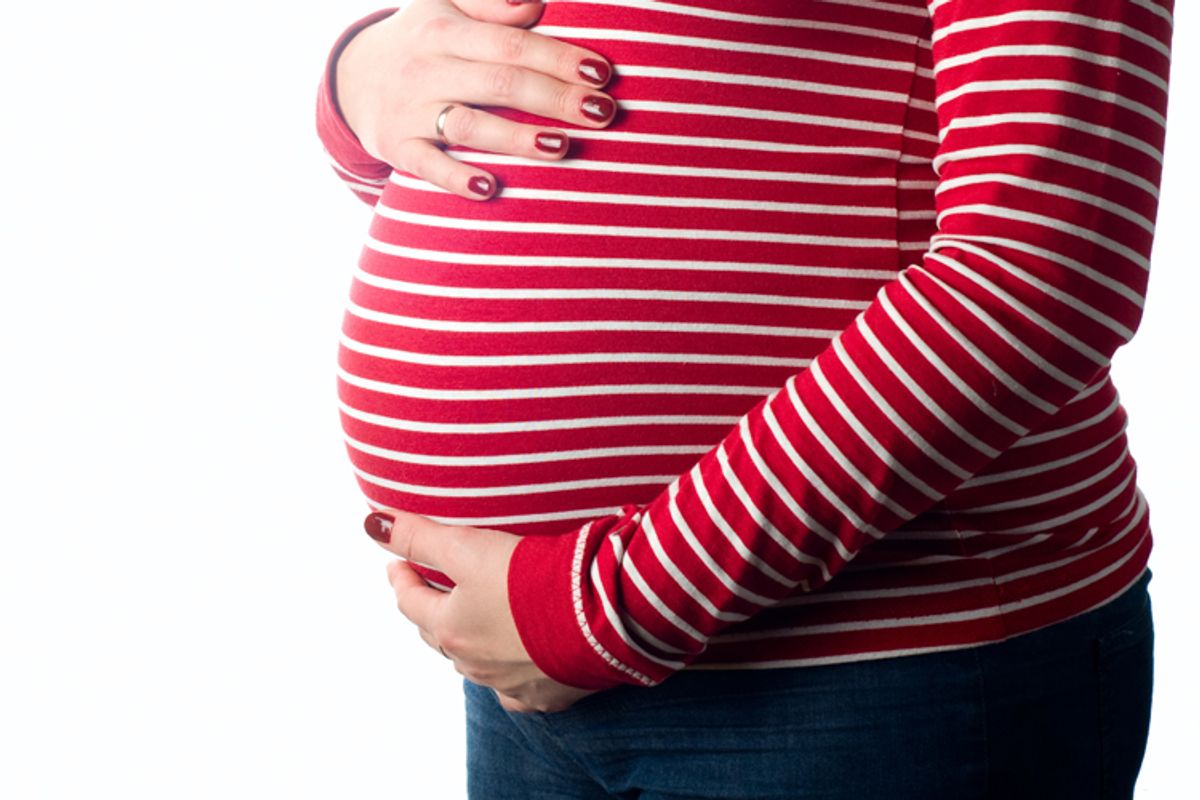 A Pennsylvania anti-harassment statute received renewed attention this week after it was used to charge a man who had repeatedly touched a pregnant woman's belly without her consent.

“Essentially, someone had touched a pregnant woman’s belly,” attorney Phil DiLucente told a local news station. “That’s very common that pregnant women have to go through that. The only problem is when you harass, annoy, alarm in the act of touching, then it’s a violation, a harassment charge.”

“Simply stated, it’s always been the law. It always will be the law,” he added.

Renewed focus on the law may serve as an important reminder to handsy people everywhere that pregnant women's bodies are not theirs to touch, and that being visibly pregnant does not suddenly make a woman fair game for invasive questioning or bizarre over-sharing.

It's an experience this anonymous writer at xoJane knows all too well:

I get it. I really do. There are only two things we all have in common -- birth and death -- and no one wants to dwell on the latter. And maybe being in a crowded impersonal city, people are looking for interpersonal connections and this gives an excuse [to touch a pregnant woman's belly or ask an invasive question]. After all, how many things remind us of all we have in common instead of all our differences?

...
On the other hand, as the person being interrogated or touched, it’s off-putting to say the least. The moment it became obvious that I’m pregnant, I went from an individual worthy of privacy and personal space to a vessel available to whoever lays eyes on me. Not to overanalyze it, but I wonder how much of this is tied to how our society views ownership of women’s bodies overall.