How to get your feline fix on National Cat Day 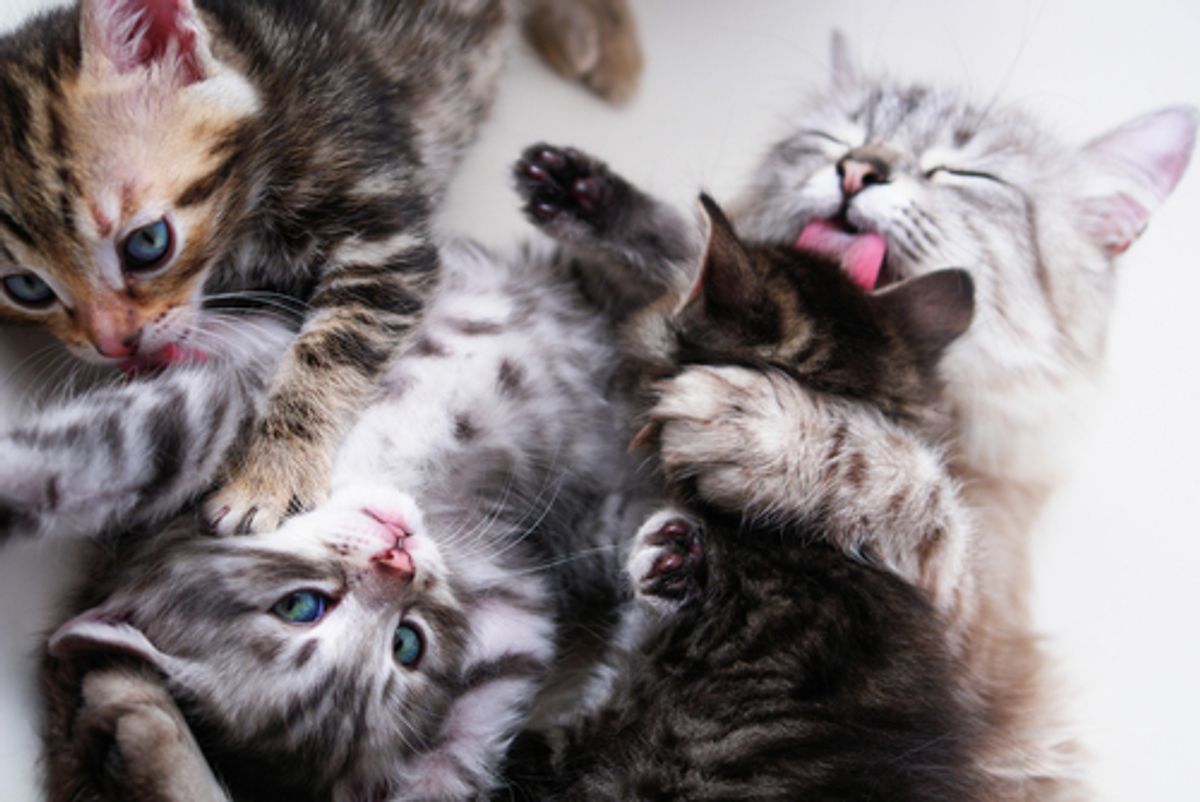 Has anyone else noticed that the Internet's a bit more cat-obsessed than usual?

Yep, it's National Cat Day. For those who are so inclined, here are five ways to celebrate:

1. Order a delivery of fresh kittens and cupcakes

For a mere $20, car service Uber is is offering to deliver a carful of shelter cats to offices in New York, San Francisco and Seattle for 15 minutes of coffee-break snuggles. The cats are provided by the Seattle Humane Society, New York's ASPCA and San Francisco's SPCA. For whatever reason, there will also be cupcakes from Ace of Cakes celebrity chef Duff Goldman. ("Demand for kittens will be very high," Uber warns; as of this posting, the "KITTENS!" option on my app is still searching in vain for cats in the vicinity of Midtown.)

2. Brush up on your cat memes

IB Times was up this morning with a roundup of the Internet's best cat memes, from Grumpy Cat to Colonel Meow to Garfield, the Guinness record-holding "World's Fattest Cat." For those still trying to figure out why, New York magazine has an inside look at Grumpy Cat Inc., the machine behind the meme with an estimated worth of $1 million.

3. Check out these exotic cat hybrids

Not a fan of the cute and cuddly? Try the New Yorker's gallery of half-wild cats, which accompanies Ariel Levy's piece on the growing trend of cross-breeding house cats with their feral cousins.

Plenty of listicles claim to have found the best cat videos on the Internet, but the official Best Cat Video on the Internet, with nearly 8 million views, was crowned last year at the International Cat Film Festival in Minneapolis:

Walker Art Center, which hosted the festival, has posted the complete playlist: 1 hour and 55 minutes of pure cat.

The true intent of National Cat Day is to try to convert Internet cat-lovers into IRL cat-owners. The event's official site links to a variety of shelters ready to match those who are ready to make the plunge, and hopes to end the day with 10,000 new adoptions.