"If that's what they wanted, I'd have to hold my nose ... they'd probably have to hold a gun to my head, but yeah" 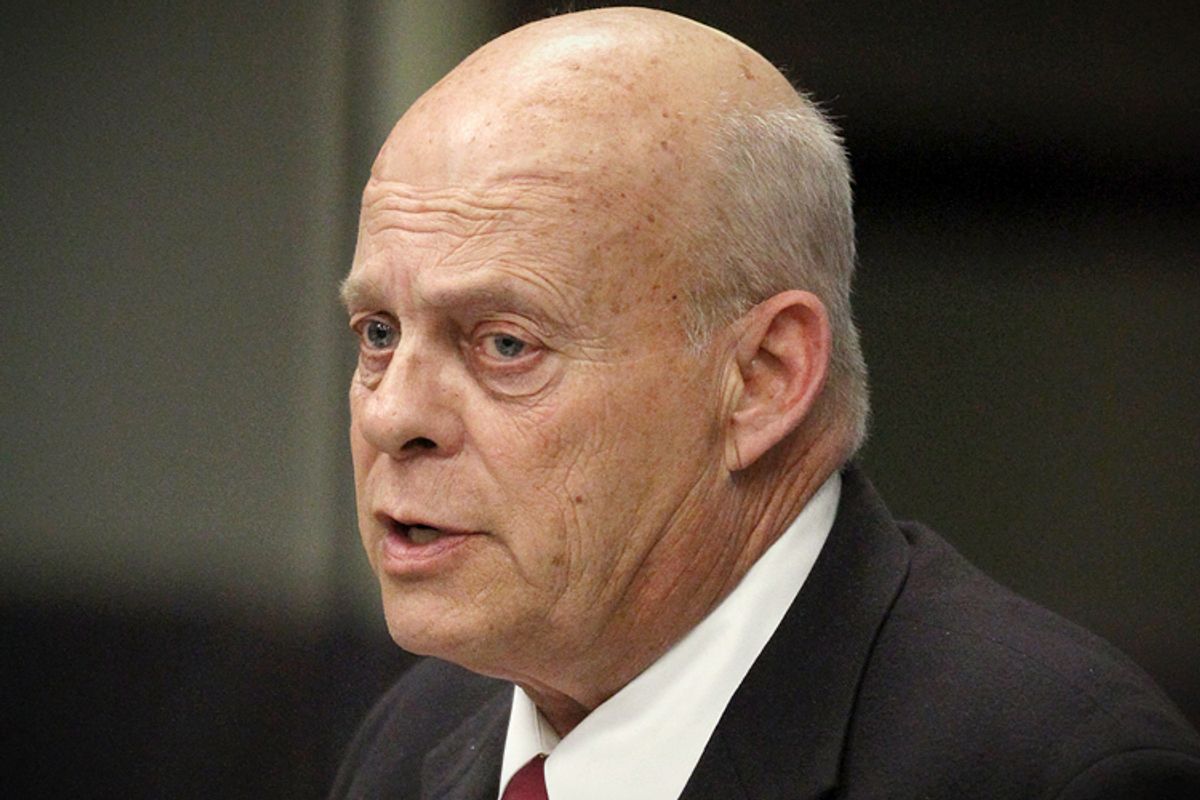 A politician listening to his or her voters is always a good idea. But there are limits. What kind of  limits? Allow us to offer the case of Nevada Assemblyman Jim Wheeler as a case in point.

In a recently surfaced video, the AP reports, Wheeler tells a Republican audience that if his constituents wanted him to vote to reestablish slavery, he'd do so. "If that's what they wanted, I'd have to hold my nose ... they'd probably have to hold a gun to my head, but yeah," Wheeler said.

Wheeler's comments immediately drew a firestorm of criticism from both Republicans and Democrats. Nevada's Republican governor, Brian Sandoval, called Wheeler's comments "deeply offensive" and said they had "no place in our society." Sandoval recommended Wheeler "retract his remarks and apologize." The Democratic caucus of the Nevada Assembly went further, calling Wheeler's statements "reprehensible and disgusting."

Responding to the outcry, Wheeler released a statement early Tuesday morning, offering a conditional apology — "If my comments were taken with offense by anyone, I sincerely apologize" — and insisting his comments were "facetious" in nature. Wheeler also attacked the media, which he claimed was "attempting to spin an extreme example I used about supporting my constituents to accuse me of being racist." Wheeler called the accusation "absurd."