The Fox show may be on a brief break, but the cartoon offers a classic TV antihero in the scheming Ichabod Crane 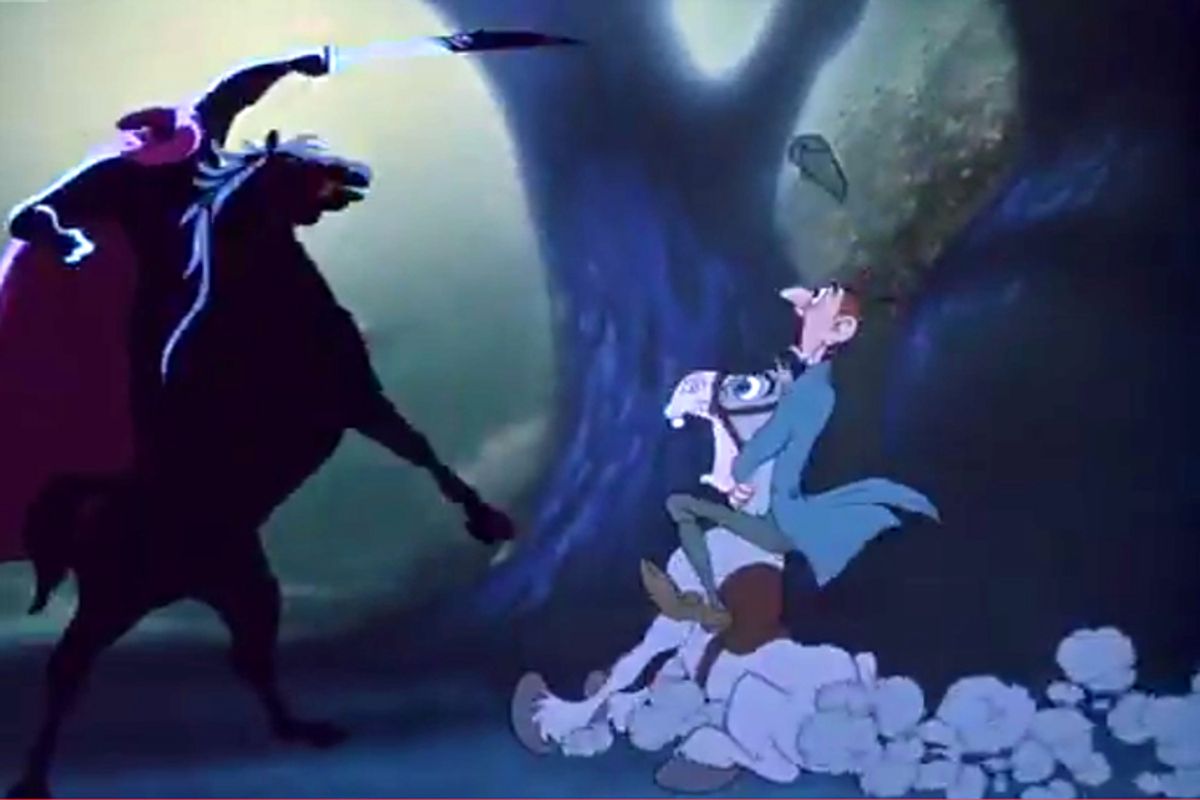 Strange that Fox's hit supernatural thriller would go on a brief hiatus just as Halloween approaches. I had hoped "Sleepy Hollow" might have an extra-special fright or two in store. In the show's absence I began thinking back to an old chestnut if ever there was one.

My first introduction to "The Legend Of Sleepy Hollow" was not through the original Washington Irving tale but via its lively Disney adaptation. I hadn't seen the cartoon in years, but, as I recall, it was always a staple on television come October. After a brief, disappointing search I turned to the keeper of all our collective memories and dug up the full-length version on YouTube here.

There was, at one point, a rumor that the cartoon special had been banned by Disney, spurring me on in the hope that I might discover singing mammies, a reference to Ichabod Crane as a slave owner, or some other horrid, little detail that Disney wanted forgotten. Turns out the offenses are minimal: some bullying, a bit of sexual, musical innuendo, and weight discrimination that might translate to sexism depending on your sensitivities.

I knew that this scat-heavy, be-boppin' Bing Crosby-narrated version of the story bore no resemblance to the X-Files-inspired, every-creep-but-the-kitchen sink myth-mosh currently airing on Monday nights. But after sitting down to watch it once again, I now understand why Disney's "Legend of Sleepy Hollow" would be completely useless as source material for network television.

This is the stuff of cable, HBO, AMC -- FX at the very least! Ichabod Crane, though animated and completely ridiculous, is an antihero not unlike Don Draper, Dexter or Walter White. Bing calls him the posturing pedagogue -- a poor, physically unattractive schoolteacher with an obvious eating disorder who prays upon the lonely mothers of his charges and schemes on the family fortune of the local debutante by courting her.

The guy's a creep. But who isn't in this tale? Crane's rival for the questionable affections of the rich -- and let's admit it -- sexually manipulative "coquette" Katrina is a boorish, quick-tempered townie who uses violence as a form of conflict resolution, literally throws women around, and feeds alcohol to horses.

In the end, our so-called hero either forsakes Katrina for easier prey -- a good cook down the road -- or he is murdered by a ghost without a head. It sounds like a plot outline into which David Chase or Alan Ball might really have sunk their teeth. Once again, Walt Disney got there first.