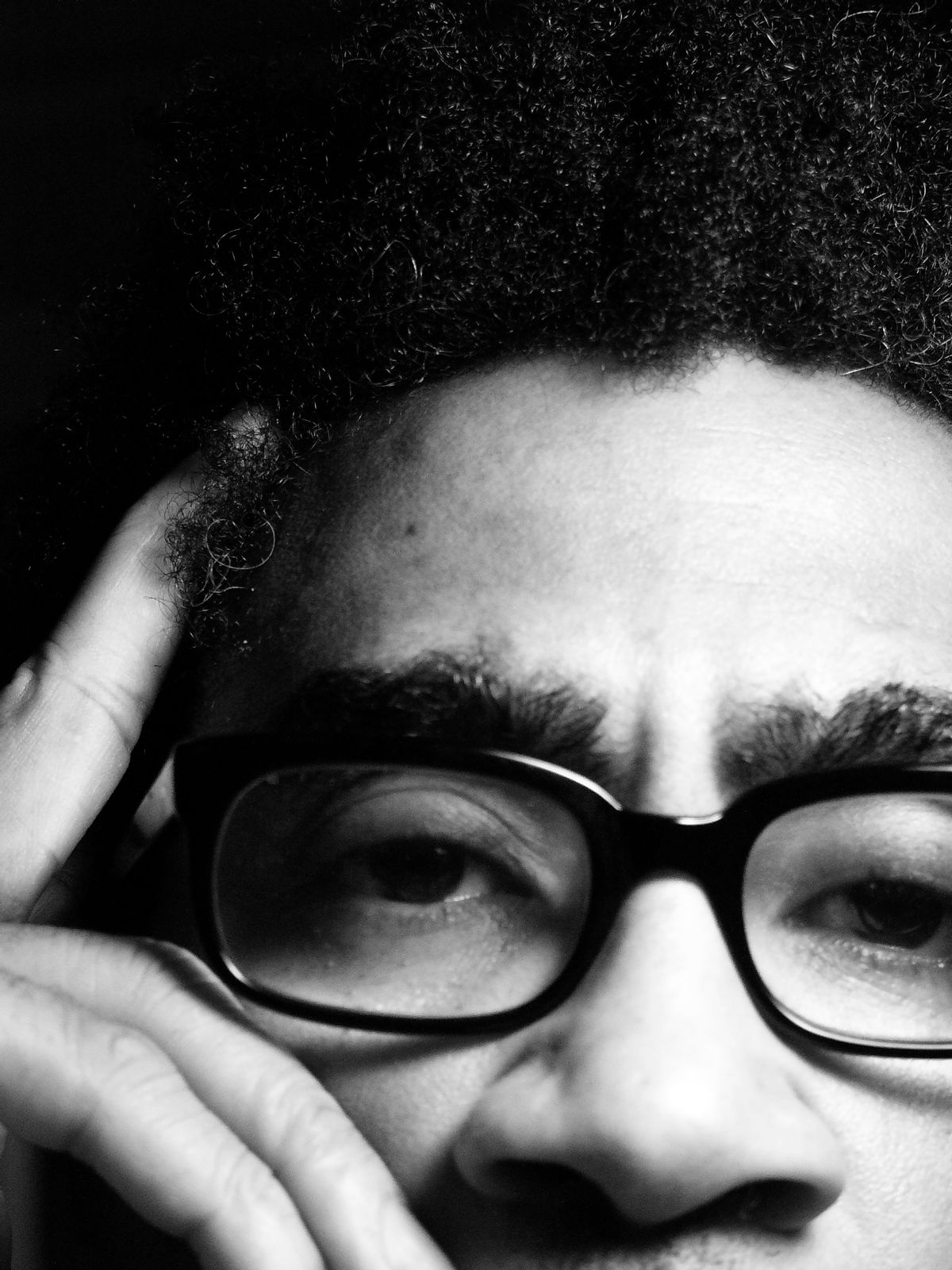 This is the fourth installment in the new "Inspiration Foundations" series, featuring contemporary visionaries who've found inspiration in cultural icons who were Born in 1928. The series is brought to you by Cole Haan. For more stories, click here.

With her celebrated autobiography, I Know Why the Caged Bird Sings, Inaugural Poet Dr. Maya Angelou broke boundaries as one of the first female African-American writers to put the black experience into words. Over her career, she has written seven autobiographies, several books of poetry and essays, among other literary works that have earned her Tony, Grammy, and Emmy recognition.

An eloquent spokeswoman, she became more than just the voice of a generation; she became a motivating force, leading up to her reading “On the Pulse of Morning” at Bill Clinton’s inauguration in 1993. Today she continues to inspire a new generation of writers to try new directions. For Thomas Sayers Ellis, she helped him find his voice both spoken and visual.

Have you ever met Dr. Maya Angelou in person?
I remember standing in line waiting to meet her at either a book signing or another event perhaps, after a reading in the ’80s. I am sure I went to the event out of respect for “the tradition” as we say, but sometimes you can even feel the energy of a person’s life in the line while you are waiting––the conversations, the glances, everyone comparing the titles they have brought with them to be signed. I didn’t have a book. I just wanted to see her. She’s a poet who has commanded the respect of a very complex community with just a few, knowing facial expressions. The closer I got to her the more monumental it felt, and when I was just about three people away, she stood up for a second, and that moment of her presence seemed to last for as long as I was old. I don’t remember anything else about meeting her, but that day, in terms of literary kinship, Dr. Angelou became Maya to me.

How were you introduced to Dr. Angelou’s work?
I was never introduced to her work, well, not in the usual way. I didn’t have to be. I have always been drawn to bookstores and cultural knowledge and her works were just there, always there, like a person you see all the time and have an instant relationship with. Like a parent, her name was not a name you had to learn. Her work was there waiting for me, which meant that it helped me to be me—even if I didn’t realize it at the time—and that it would be there for me when I was ready––if ever. Her gift is that she writes directly into the fabric of wherever you are, into the seam of us. She removes the container that is usually in the way, the one between people and art, and between people and people. In this way, her work introduced itself to me by surrounding me with me.

How has Dr. Angelou inspired your work?
The ways are numerous but I especially admire and would like to emulate or inherit the organic and folk ease by which she enacts tough and tender care, opinion and truth. She does it with the entire experience of her whole body not just her mind. This is the wholeness all humans, no matter their craft and conditions, aspire to.

When I was working on Skin, Inc.: Identity Repair Poems, I decided to stop reading poetry by my contemporaries and to collect and read all of her poems. I collected her poetry and allowed her poetic line to influence and pluck mine. Once that occurred it was easy to appreciate a wider and more creative logical progression or lyric narrative than my own. If not for Dr. Maya Angelou, I would not have been able to worry my own brand of “written-orality” into a page sense. She was perform-a-forming long before TSE and she is truly the tall, grand ampersand between the sermon and Spoken Word.

What projects are you working on?
I wish I were working on them, but it’s more like they are working on me, all five of them, at once. I am still taking photographs for The GoGo Book: People in the Pocket in Washington, D.C. I officially began this project in 2007 as a document of folk culture and the continuing struggle for home rule by the people born and raised in Washington, D.C. I also just finished a short book of “lyric prosisms,” titled Crank Shaped Notes. I am also writing new poems for a book called Folk Reporter and in the past year, I have had photographic work appear in exhibits at the Leica Gallery/Store in D.C. and The D.C. Commission on the Arts and Humanities. I have also had my poems and photographs featured in performances by the eclectic ensemble Burnt Sugar, and recently began a series of photographs of Burlesque performers in the San Francisco Bay Area.

How would you like to inspire the next generation?
It would be nice to have the next generation discover courage and freedom in me and my work. I would like to inspire movement, the search for new forms of poetic behavior even a physical handbook or one as mobile as the automobile. Poems you can drive. Imagine that! Yes, to expand or repair what is possible in poetry, in literacy, in life. Wouldn’t it be nice if everyone could read a handkerchief or write a leaf? I would like to continue the possibilities of every breathing walk. I would like it if everyone who has been told that they are not equal could begin their art living and their living art not worried in the trap of proving that they are equal.