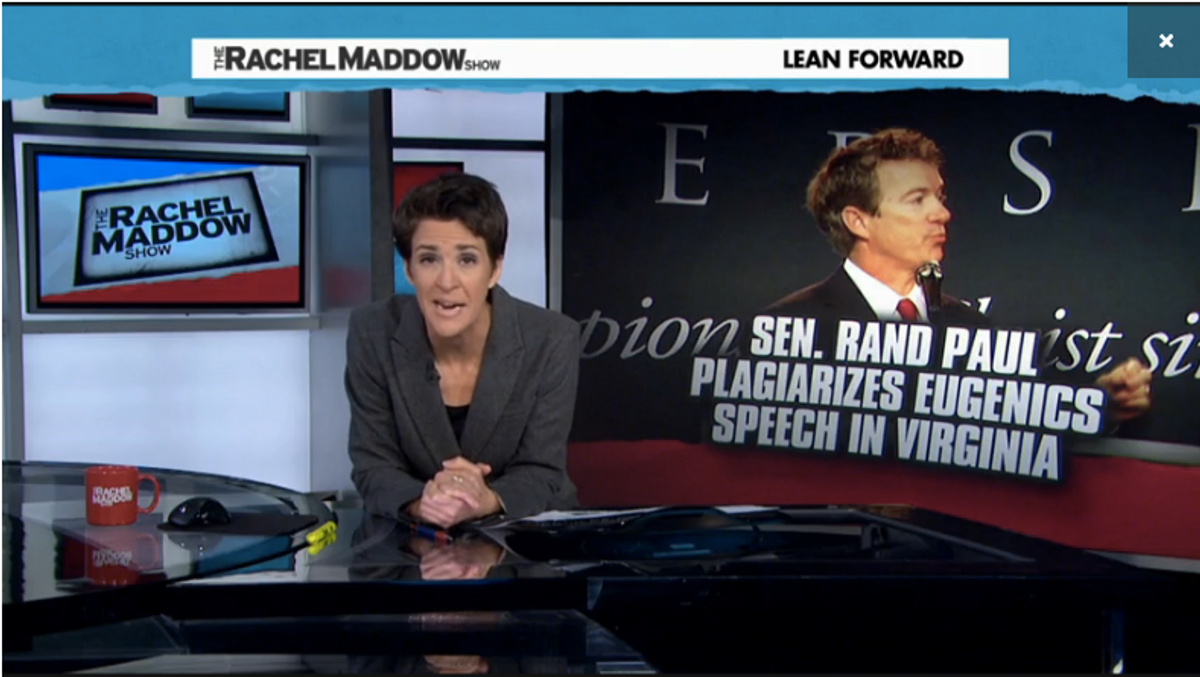 Rand Paul was in Virginia on Monday to support Republican gubernatorial candidate Ken Cuccinelli, who lately has been trying to boost his campaign efforts by bringing in B squad members of the antiabortion movement -- like Jim Bob Duggar and Rick Santorum -- to stump for him.

Addressing a crowd at Jerry Falwell's Liberty University, Paul compared people who support abortion rights to the autocratic villains in "Gattaca," a little-watched dystopian thriller from the mid-'90s. “In your lifetime, much of your potential -- or lack thereof -- can be known simply by swabbing the inside of your cheek,” Paul said to the crowd. “Are we prepared to select out the imperfect among us?”

But Paul didn't just use the movie to frame his bogus remarks about abortion, he lifted them almost entirely from the film's Wikipedia page, as Rachel Maddow pointed out on Monday night.

“Seriously, that’s the argument: people who are pro-choice want to start practicing Nazi-style eugenics in America,” Maddow said. “Or, at least, 'Gattaca'-style eugenics. So therefore, vote for Ken Cuccinelli.”