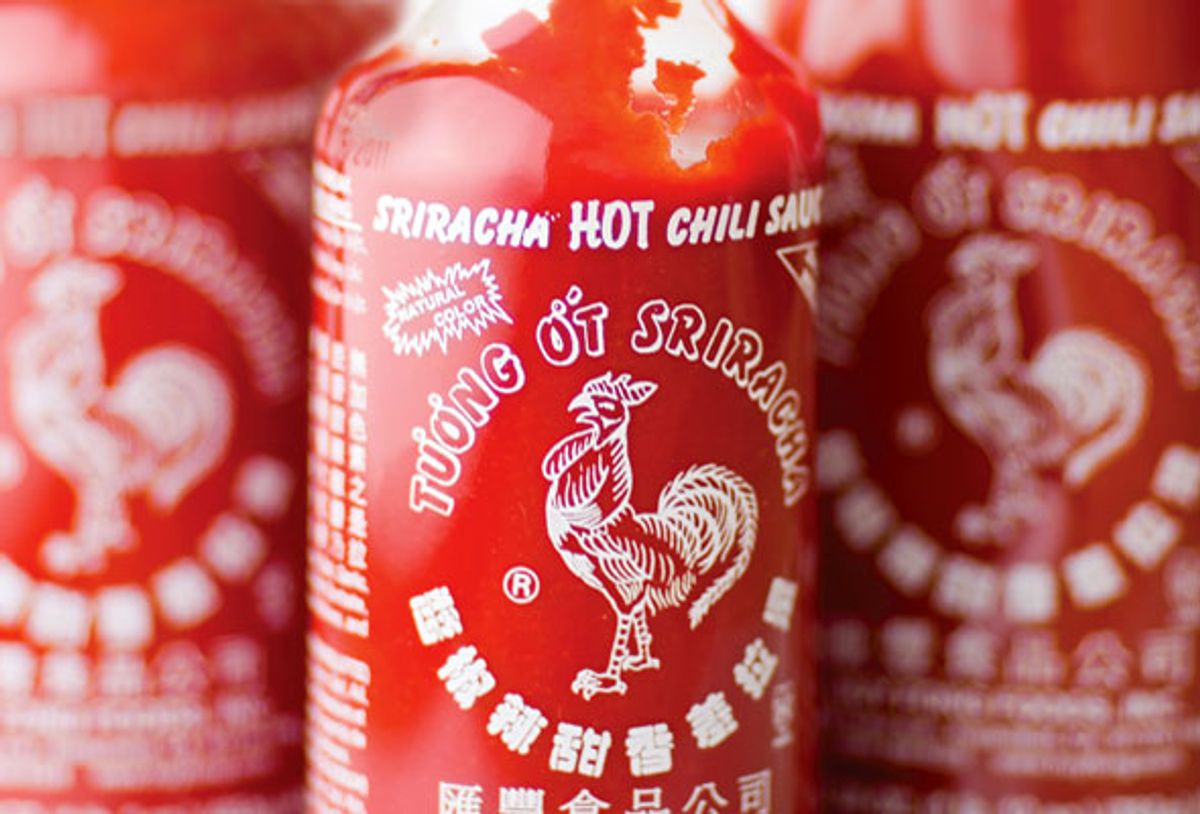 Just days after Los Angeles held its first ever Sriracha festival, the company's been sued by the city that houses its 600,000-square-foot processing plant. In a public nuisance complaint filed in Los Angeles Superior Court, the city of Irwindale is requesting that the plant halt production of the beloved Asian hot sauce until it can figure out what do so about the strong chili smell emanating from it.

The smell isn't just unpleasant, but may be threatening public health, reports the Los Angeles Times:

...in Irwindale, where the hot sauce’s production facilities are, residents are complaining of burning eyes, irritated throats and headaches caused by a powerful, painful odor that the city says appears to be emanating from the factory during production. The smell is so aggressive that one family was forced to move a birthday party indoors after the spicy odor descended on the festivities, said Irwindale City Atty. Fred Galante.

...Irwindale officals repeatedly met with representatives from Huy Fong Foods to discuss methods of reducing the odors, according to the suit. Huy Fong representatives cooperated at first but later denied there was an odor problem, saying their employees worked in similar olfactory settings without complaint, Galante said.

A year's supply of chili is processed and stored between September and December, according to the Associated Press. If production is forced to halt prematurely, we could end up having a Sriracha shortage on our hands.