Actresses are denouncing Obamacare, slathering on hormones and urging against vaccines. Why do we listen? 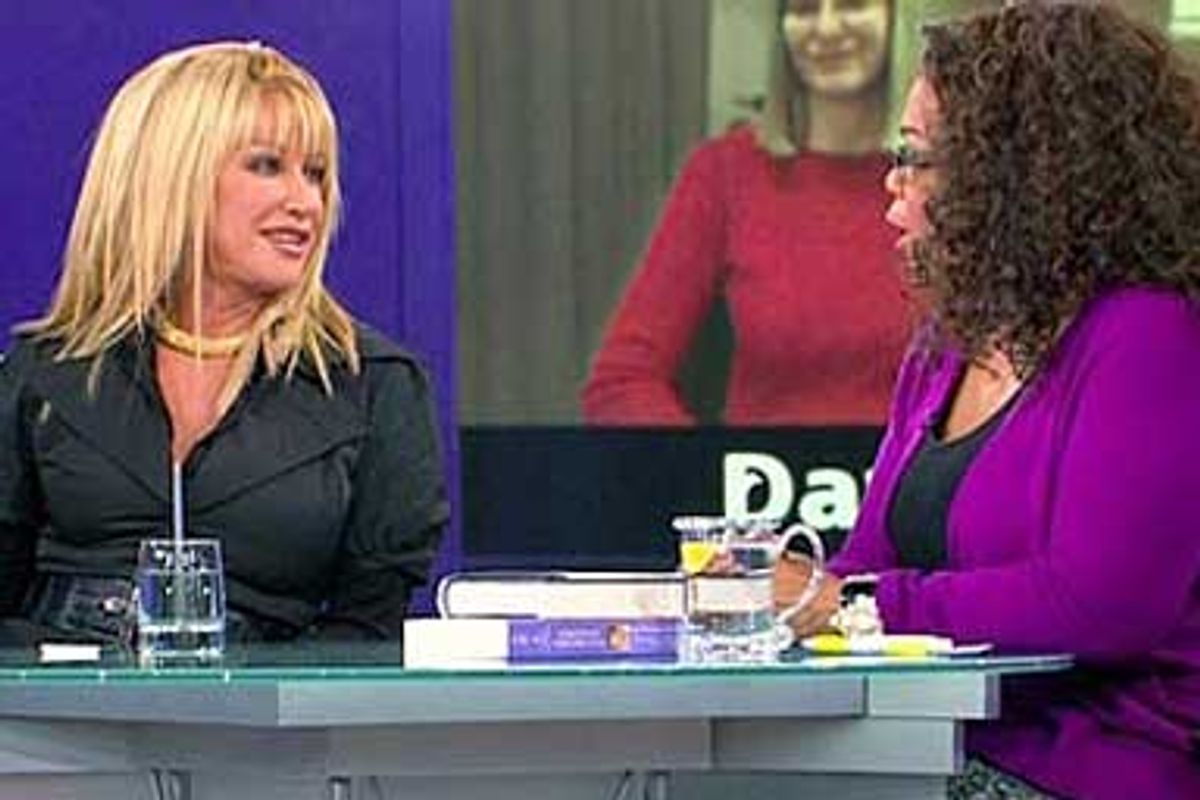 Are there any actresses over 40 who believe in medical science?

There's Jenny McCarthy, the current "View" cohost, whose activism against vaccines (she believes they cause autism) has given rise to a website tracking just how many have died due to vaccine-preventable illnesses. Mariel Hemingway, of "Manhattan," has, per a recent New York Times Magazine, devoted her life to health-food-store pursuits of filling her body with organic food and balancing her alkalinity, and has left acting behind in order to serve as a lifestyle guru for others (many of her tips, to be fair, seem completely manageable). Mary Steenburgen, promoting her movie "Last Vegas," told a journalist a recent surgery left her with the ability to play the accordion.

And, most infamously, there's Suzanne Somers, the author of some 24 books largely on the topic of wellness; her concept of wellness involves filling the body with hormones in order to fool the body into thinking it is not experiencing menopause. As shown on "Oprah," Somers takes 60 pills a day, as well as injecting hormones into her vagina and rubbing them into her skin. The one-time "Three's Company" actress has questioned the efficacy of chemotherapy as she promotes medical treatments not subject to the strict scientific method evaluation as, say, traditional medicine.

Somers, Hemingway and McCarthy (less so Steenburgen, who seems like a harmless, indulged oddball) are pitching wholesale lifestyle shifts for their acolytes. And they all have things to sell; all three of them have published books about their chosen topics (Somers' hormone replacement doctrine, Hemingway's organic lifestyle, McCarthy's belief in alternative causes of autism and alternative therapies to cure it). Somers also sells the hormones she uses through her website.

Would Somers be as passionate about hormone-replacement therapy if she weren't booked on the sort of talk shows her acting career can no longer get her with every outré statement? If she weren't enlisted by the Wall Street Journal to write an "Experts" column denouncing Obamacare -- one that's already received three corrections and that substantially misrepresents the government program? (If you've noticed that the figures this piece focuses on are exclusively female, that may be because Hollywood didn't boot out George Clooney -- or John Larroquette -- once he hit a certain age. Women have fewer opportunities to get attention and income solely from their acting.)

The only thing one will lose, it seems, by following Hemingway's advice, is a lot of money; living with an eagle-eyed focus on clean eating and pursuing low-impact recreational sports doesn't come cheap. It's only slightly more doctrinaire than the actresses Gwyneth Paltrow and Jessica Alba's lifestyle guidance. There's no harm in eating organic foods, if you can afford it!

But Somers' and McCarthy's statements have real human cost: as Salon wrote in 2009, Somers takes her information from sources "many of whom are neither experts in women’s health or endocrinology, nor board-certified physicians, nor experienced researchers." McCarthy's anti-vaccine rhetoric, which has helped to erode the sort of herd immunity that prevents disease outbreak, is based on a discredited medical study retracted by medical journal the Lancet; the talk show host has alleged a coordinated media campaign by vaccine manufactures. Somers' Wiley Protocol was designed by a self-styled "molecular biologist" who only holds a B.A. in anthropology and has been criticized by medical doctors for lack of proof of efficacy.

These actresses' work lies at the intersection of two uniquely American desires: the love of celebrity and the distrust of academic authority. The reflexive distrust of orthodoxy -- as demonstrated by Somers' dismissal of Obamacare with half-remembered or made-up anecdotes that merit a Journal correction, or by her claims that she knows more than those fuddy-duddy doctors, or McCarthy's imagining a global conspiracy against the truths she alone can figure out -- has been a part of American life since snake-oil wagons rambled through towns. Americans know better than the medical establishment -- no wonder TV's Dr. Oz, with his throw-everything-at-the-wall approach to treatment, is so popular, or why visualizing wealth is a popular thought system despite no non-anecdotal proof it works, or why it's so easy for some minds to leap to "death panels" when imagining a nationalized healthcare system.

And Somers' and McCarthy's voices are louder than their detractors'. Just as it's hard to imagine anyone telling Steenburgen it's unlikely she actually obtained accordion ability from minor surgery, it's impossible to imagine Somers and McCarthy getting told they're wrong and internalizing it. After all, if a doctor were right about autism, that doctor would be on "The View" as a permanent panelist! If someone who understood healthcare were correct, rather than McCarthy, that doctor would be a Wall Street Journal "expert"! The celebrity's belief he or she is right about everything by dint of being charming on a 1970s sitcom or a 1990s dating show is the very essence of the American myth of self-creation; they're on TV, so they must have something substantial to teach us! (Oprah Winfrey's advocacy on behalf of Somers is chillingly significant; no public figure in the last century was more convinced of her benevolence by virtue of her fame.) These wealthy people with cultural capital can show us all how to live. It's much more fun to watch them, even if they're dangerously wrong, than it is to watch a physician.