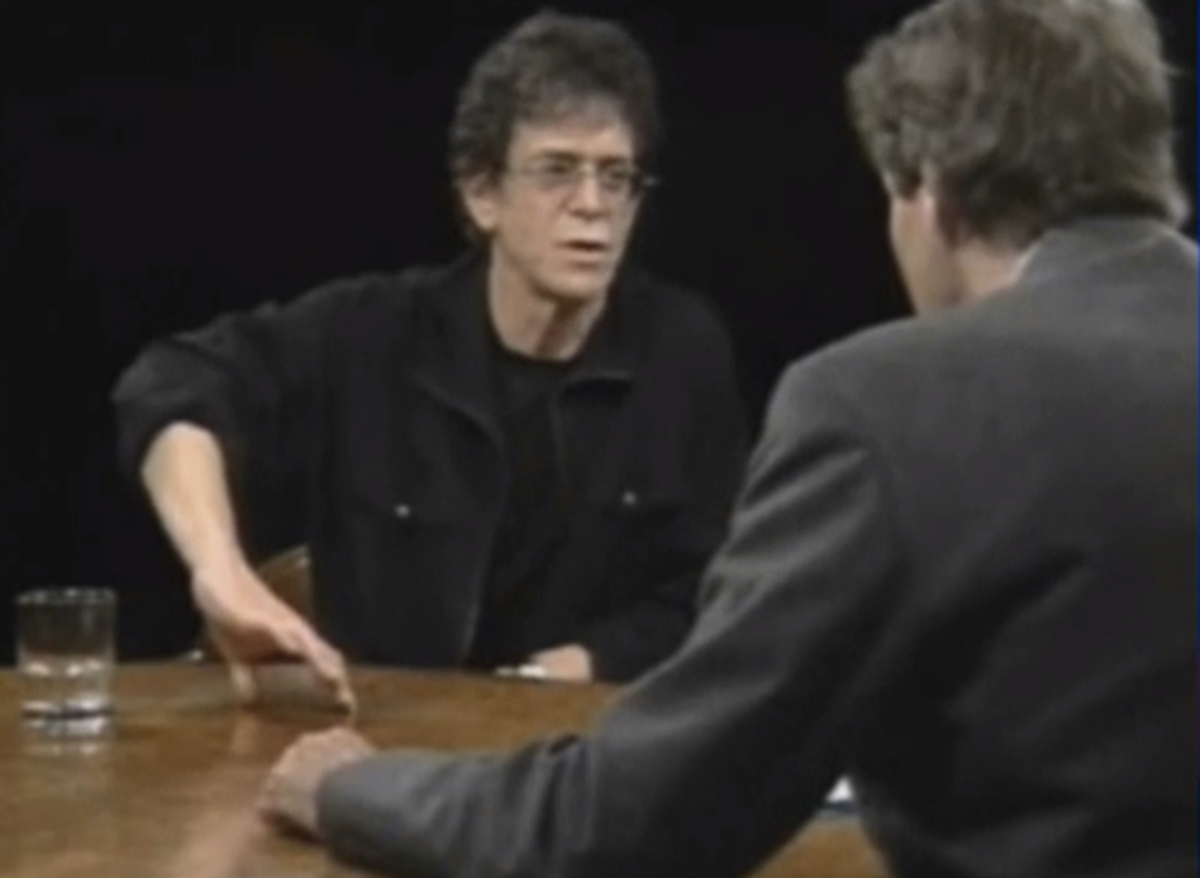 "You may not have noticed this, but you probably did notice," said Jon Stewart during "The Daily Show's" "Moment of Zen" segment on Monday in a short but touching tribute to rock legend Lou Reed -- "New York's a little less wonderful tonight."

Stewart played a clip of Reed talking about the one-on-one connection his music has with listeners. "On a one-on-one basis, I always thought my music was made for headphones," said Reed. "You're on headphones, you're mine."

The Velvet Underground frontman died on Sunday due to complications with a liver transplant. He was 71.