The Internet is a tramp

Triumph of the brogrammers: A software company compares "openness" to a sexually available woman 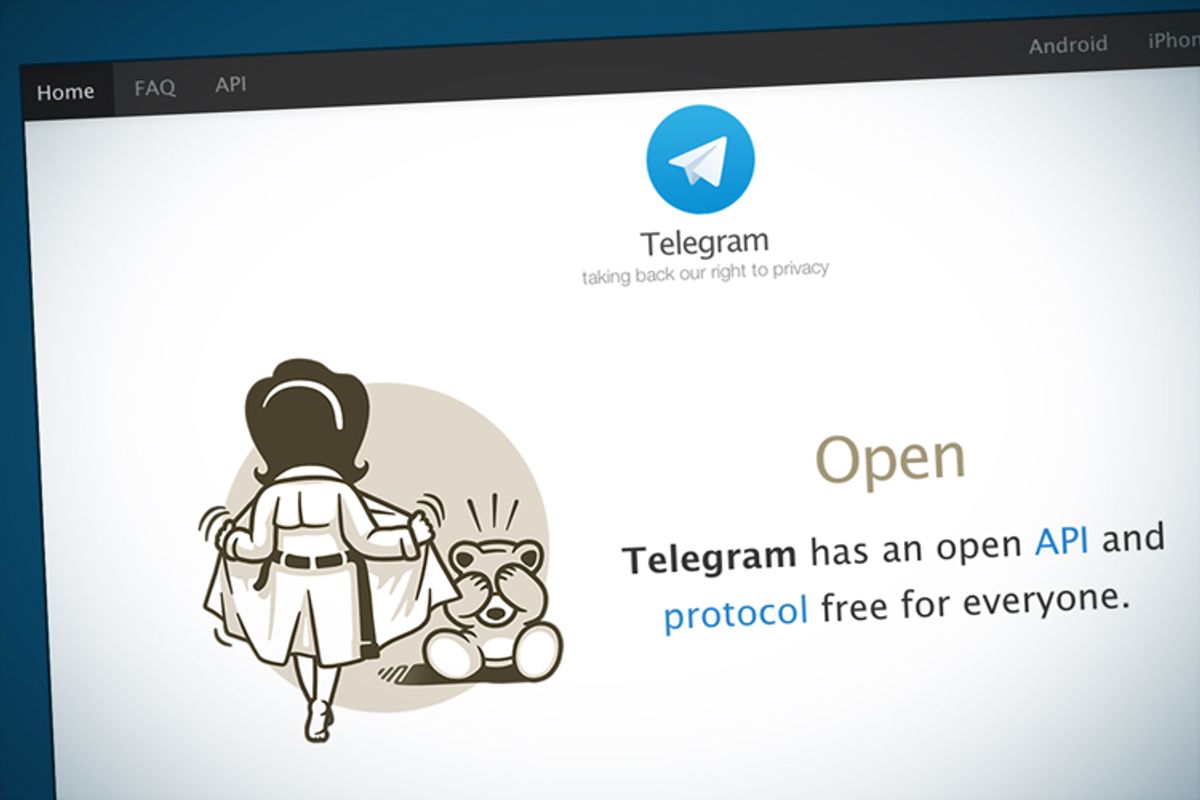 Brogrammers of the world, unite. Your sexism knows no border.

That's the first thing we learn from the cartoon that Telegram, a provider of secure mobile chat and texting services, uses to illustrate the "openness" of its software interface.

A woman wearing a trench coat stands with her back to us, flashing a stunned and horrified teddy bear with the exposure of her presumably naked body. Telegram is brought to us by Pavel and Nikolai Durov, two Russian programmers who became millionaires after creating VKontakte, Europe's second largest (after Facebook) social network. Pavel Durov, says Wikipedia, is known as the "Mark Zuckerberg" of Russia. So yes, the objectification of women in technology is an international affair. Well, that's probably not too surprising.

More mysterious is the deeper meaning of the illustration. The cartoon is meant to promote the openness of Telegram's API -- application programming interface. When a software platform features an open API it is inviting the outside world to connect to its infrastructure. Anyone can offer their own services on top of a shared platform. This is generally considered a good thing, a way to facilitate interconnection. The Internet, you could argue, is the ultimate expression of the philosophy undergirding  the utility of open APIs.

But until today, I had never thought of an API as a sexually available woman, willing to put out for anyone who is interested. "Free to everyone"! Now I feel dirty. I don't think I'll ever be able to look the Internet in the eye again.

I guess, in context, this is why the teddy bear is shielding his eyes from the come-hither embrace. The recontextualization of one of the core attributes of software interconnectivity as an invitation to intercourse is too much for even a stuffed animal to bear. We should all be trudging through our walk of shame. It seems so obvious now: Log in, plug in, get off. The Internet is always there!

Did any of us really want to know that the Internet is a promiscuous tramp? Telegram does us no favors by exposing this unseemly truth.