The show may skirt some lines when it comes to sex, age and race, but it's undeniably scary 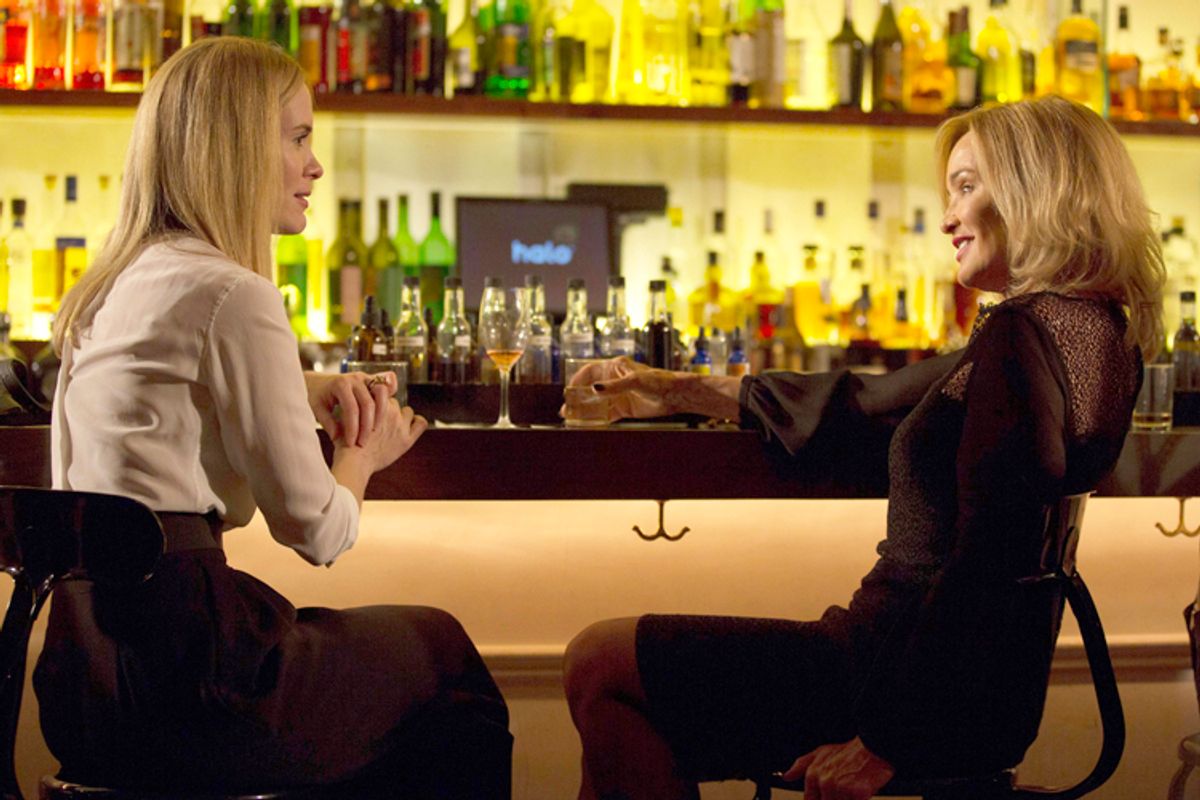 Decided to stay home for Halloween? Running a haunted house out of your living room and looking for something graphic to put on in the background? With the prevalence of  vampires and all manner of fantasy fiction on TV these days, there's no shortage of Hallow's Eve-appropriate fair to gorge on for tomorrow and however long into the weekend you crave gore. NBC recently launched "Dracula." "Sleepy Hollow" is on a break, but Fox has made all previous episodes available until its return. It's difficult to sample it all. Keeping the true spirit of the season in mind, however, I'd recommend catching up on "American Horror Story: Coven" -- if for no other reason than that this program might actually creep you out.

The show, technically a miniseries, begins when a young witch in the midst of her sexual awakening also discovers her deadly powers and is sent off to a boarding school filled with young ladies of her kind. Essentially, we're presented with a teen coven in the making. So, after the first 20 minutes or so, you may think you're watching something better suited to the CW. But "AHS: Coven" is not "Charmed" or "The Secret Circle," or some other demographically challenged vehicle solely for the young and beautiful -- although the desire for youth and beauty does factor heavily into the show.

As the story advances, the telekinetically charged infighting among the girls in the house reveals itself as more like an echo of decades- and centuries-old beefs between older, more seasoned witches and the clans they faithfully claim. Sure, the character of Fiona Goode seems burglarized from virtually every conceivable version of Snow White, but Jessica Lange is furious and engrossing in her portrayal of the "Supreme" witch's quest for the secrets of eternal youth. As Fiona's rival, Marie Laveau, Angela Bassett is equally formidable and all the more delicious for her glowering self-righteousness. Her claim that Fiona's ancestors stole the secrets of witchcraft from black slaves energizes the story with historical context. And that is merely where it starts to get interesting for the history buffs among us.

Like Bassett's character, the real Marie Laveau was a free woman of New Orleans, a hairdresser and a noted voodoo practitioner. Reportedly, her daughter also engaged in the religion, and so people have often confused historical accounts of the two Laveaus. I don't know that the creators of "AHS" had this in mind when they decided that Laveau was capable of living many times the normal lifespan, but it doesn't hurt that the embellishment clicks right into place with Wikipedia.

Laveau isn't the only woman out of time. Kathy Bates' fictional Madame Delphine LaLaurie tortured her slaves in 1800's Louisiana and was punished -- punished! -- with immortality by Laveau. (She was dug up in modern times by Fiona and now faces the same difficulties as "Sleepy Hollow's" perpetually baffled Ichabod Crane.) A horrifying figure in the premiere, Madame Delphine was reduced almost to the level of comic relief  when she was commanded to be a slave in a maid's garb for Gabourey Sidibe's Queenie in last week's episode. I'm not one to be lulled by Tarantino-esque fantasy wish fulfillment, but it was pretty enjoyable to watch Bates -- who greets Queenie as "slave" and willfully uses the N-word -- weep like a baby at seeing President Barack Obama speak on national television.

There's very little spooky about all this historical rejiggering -- as fascinating as it is. But don't fret, "American Horror Story: Coven" features quite a bit of blood. Throats are slit. People are hung. Noses bleed when people have sex. Detached limbs are reassembled willy-nilly. It would be par for the course blood and guts stuff if it weren't all wrapped up with some conceptually uncomfortable goings-on -- not just ageism and racism, but also rape, revenge and incest. The last episode, in fact, felt a little sensational -- what with Frankenstein's Teenage Monster getting groped by his exceedingly provincial mama and Queenie quite literally taking the bull by the horn. Hopefully this Hallow's eve's edition won't be quite as emotionally icky. And if the ideas discomfit you so, you can always mute the awful and just enjoy the spillage.