Ben Kingsley on "Ender's Game" tattoos: "I was conscious of their special power, their significance" 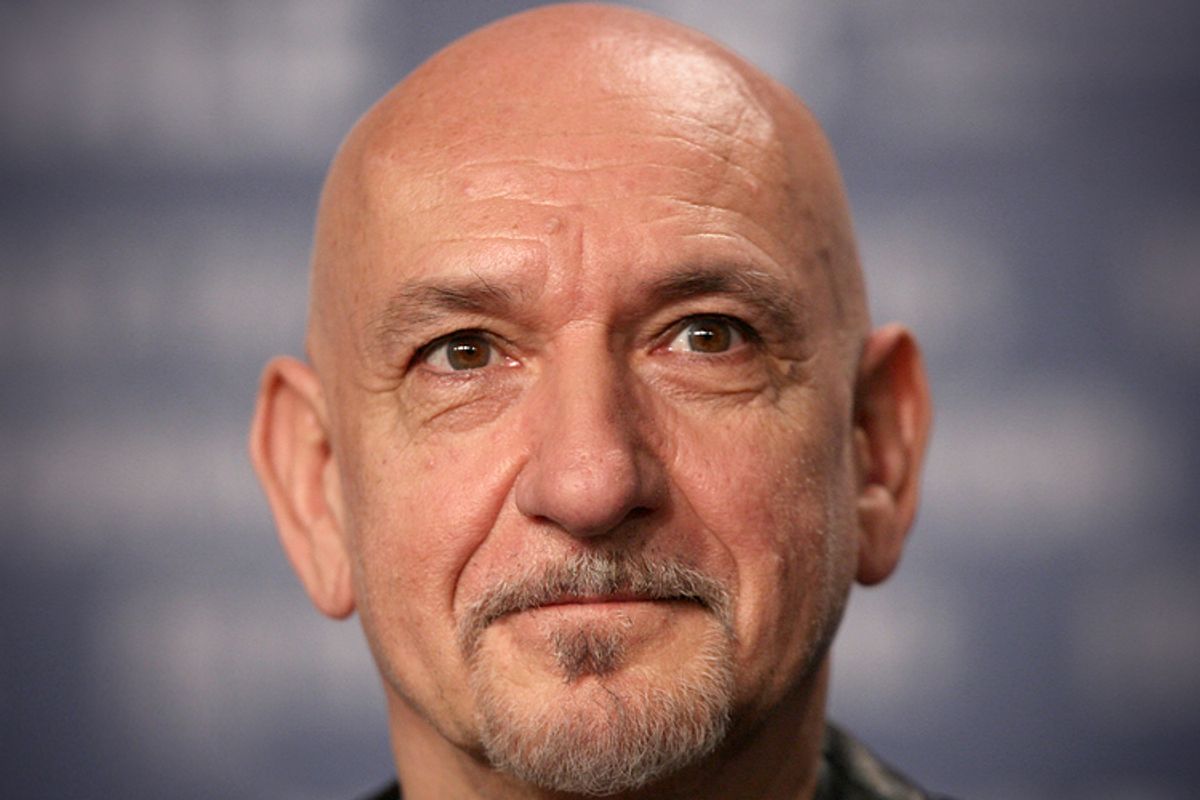 Sir Ben Kingsley is a Brit of Indian descent -- but he has one of the most diverse filmographies of any star out there. He's played an Indian national hero in "Gandhi," European Jews in "Schindler's List" and "Anne Frank," a South Asian holy man in "The Love Guru," a Persian military leader in "House of Sand and Fog." But with his latest role, he's transformed himself more than ever before.

The four-time Oscar nominee (he won the best actor trophy for "Gandhi") plays Mazer Rackham, a mentor figure to the child hero of "Ender's Game" (out Friday). Rackham is a genius military strategist in the battle against alien forces, and half-Maori; Kingsley dons extensive facial tattoos for the part. He explained the process of taking on another ethnicity on-screen to Salon -- and he's more concerned with the visceral process of acting his role as written than with details of why, for instance, Maori folks wear tattoos.

Rackham is just the latest twist in a career that's seen Shakespearean productions, Marvel comic movies, and collaborations with Martin Scorsese; indeed, in Scorsese's 3-D extravaganza "Hugo," Kingsley played opposite "Ender's Game" star Asa Butterfield. Uniquely for a Commander of the Most Excellent Order of the British Empire (he got the Honors in 2000), the actor's refused to limit himself only to sure bets -- indeed, he relishes the opportunity to be in front of a green screen. Kingsley explained just how an actor ought to perform opposite extensive special effects: "The tendency for me, and it's seemed to work on-screen, is to underreact, rather than overreact."

Hello! Where are you based?

Ah, I love that town! I just filmed something called "Learning to Drive" there; it was directed by Isabel Coixet, who directed me in "Elegy"! Good-o! Good, good! I finished it two weeks ago! It's been a crazy wonderful year! I love filming in New York!

You played a person of Maori descent in "Ender's Game." Is there any particular responsibility that comes with donning tattoos associated with another culture, not your own?

Well, I know that Gavin Hood was somewhat apprehensive about asking me to wear Maori makeup. He thought I'd say I love this character, but I don't want to wear tattoos. Well, he didn't know me well. He did quite gently broach the subject, and he said he'd bring me together with Maori experts and show me videos of tattoos on Maori faces. I said, "Gavin! Hold it right there! I shall go into makeup, I shall apply tattoos, I shall wear them with pride onto your set." It is that simple with me.

When I meet the costume department, who are designing costumes, they bring a ton of sketches, swaths of designs. I see four racks of clothes, and I say, "Whatever you want me to wear in this scene, hang it in my trailer and I shall wear it!" For me, it's the telling of the story. Costumes are their department! You hang it in my trailer, and I shall put it on. I've learned to do this because it frees me to do what I love, which is the acting. What happened in makeup, since you're curious about tattoos: Makeup artists would work very quietly for an hour and 10 minutes, an hour and 15, and I have my eyes closed. I gently run my lines, quietly meditate and go blank. When they say, "You're ready," I open my eyes, I see the extraordinary design they created, and I leave my trailer.

I do know and have great respect for tradition of Maori tattoos. They explain and display a lineage, a story, a past. When they have applied those wonderful tattoos to my face, I was conscious of their special power, their significance. But I was more conscious of how every actor on set looked at me differently. I didn't need to research it. I just needed to put it on my face, and everyone looked at me in a curious, slightly cautious sense. Nobody just looked at me. They read me. And it shows on camera.

But beyond the tattoos, I'm curious about how diverse the characters you've played are ethnically, and how you manage to take on these roles without ever delving into caricature. Take, for instance, your role as an Iranian in "House of Sand and Fog," for which you were nominated for an Oscar.

Well, I worked with Shohreh, who was a wonderful Iranian actress. And I got very acquainted with an Iranian family. By osmosis, I surrounded myself with the real thing rather than listen to a dialect coach. Fortunately, I was surrounded by them on the film, and worked by trust and a flow of energy and their generosity regarding their own wonderful culture.

You've appeared in a number of sci-fi or action films, among them "Iron Man 3," "Thunderbirds," "A Sound of Thunder," and "Prince of Persia" -- do you find this sort of role escapist?

I think that "Ender's Game" and "Iron Man 3," they gave me an opportunity to join in with a great team, understand my function in that team, and be useful. As soon as the director says action, there's no discernible difference between my methodology in any of my films. It's very, very exciting how actors' body chemistry changes when the director says action!

Harrison Ford described it as a fighter pilot taking off in a jet. That's the adrenaline actors feel when they walk onstage or hear "action" on a film set. I've heard it described as a 60-mile-an-hour car crash, but let's go with the fighter pilot.

Some actors are worried that green-screen technology is making the role an actor plays on a film set progressively less important.

I think it's changing. They're starting to choose elements that perhaps come from different genres. More narrative-driven, character-driven. These actors are now brought into science-fiction and fantasy films in order to keep the story intact. "Ender's Game" is character-driven. Yes, the effects are stunning. At the heart of it is a character-driven narrative. Every character has his place inside the narrative. I don't find that at all diminishing or distorting of my craft. I was able to really enjoy my craft as an actor.

What do you think kids who know you from "Ender's Game" or "Hugo" will think when they discover your more savage turns in "Sexy Beast" or "Bugsy"?

I hope you're underestimating people's grasp of what actors do for a living. I've done so many roles, and do so many, and will do so many. It's very hard not to see I'm an actor. You have to really pick your films very carefully and stick your fingers in your ears. "He's different every time!" Well, that's the job.

What I'm more curious about is whether you prefer heroic or villainous roles, having played both. Which are you more inclined to seek out or take?

My first 15 years as an actor was basically under amazing care and provocation of the Royal Shakespeare Company. Very often I'd be doing three or four plays in repertoire. The breadth of that man's writing, the depth of it, gave me appetite for musically written characters that have a definite, clear narrative and function. It's knowing, and being empowered by knowing, why I am in the film that I find thrilling. What he is, I don't care. As long as he's in the dance.

But you don't think green screens detract from that dance?

Gavin Hood, he'll tell you himself, he did expend a huge amount of energy on the set describing to us exactly what we were seeing on the screen, and what the audience would see on the screen. Because he put so much energy into the exercise, we were allowed not to overact. The danger working with a green screen: One tends to concentrate on what is not there. We tend to manufacture reactions because there's nothing to react to. Paradoxically, the green screen demands a smaller reaction. The tendency for me, and it's seemed to work on-screen, is to underreact, rather than overreact. We allow the audience to react.

Would you do a sequel?