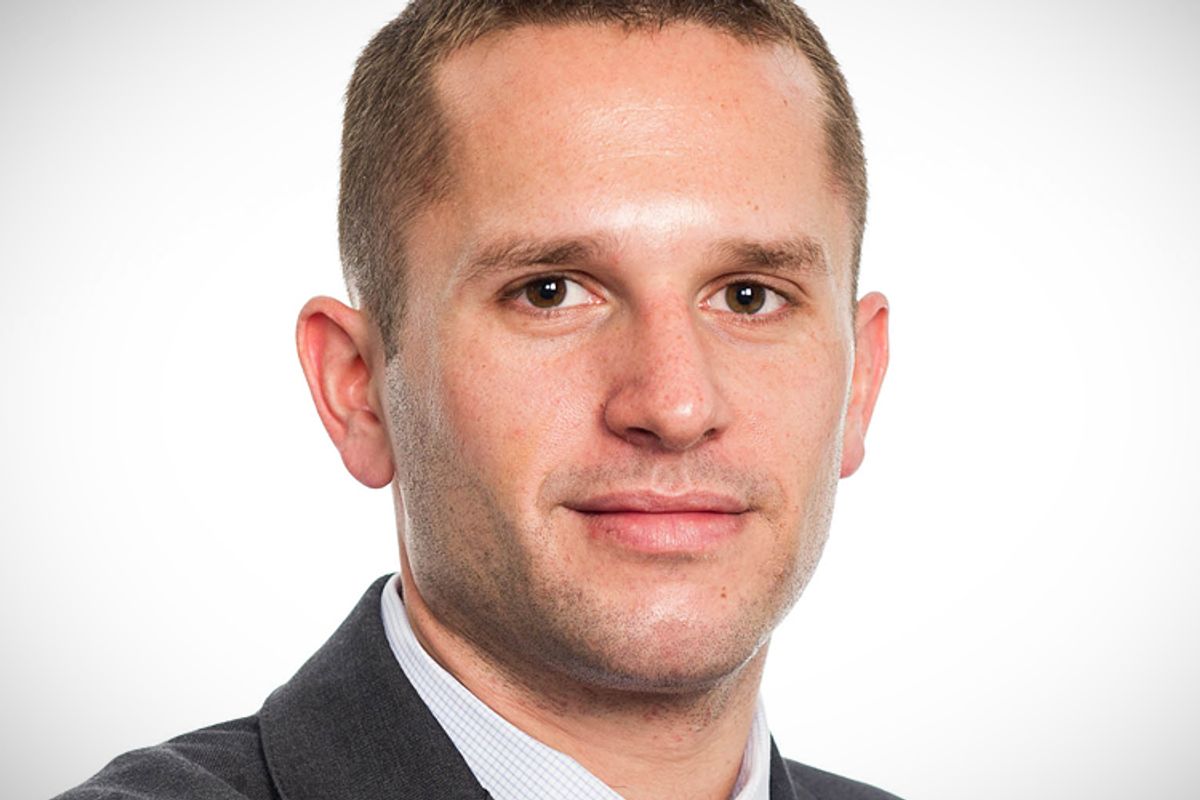 Despite the fact that he's a registered Republican (or perhaps because of it) few people rival Josh Barro when it comes to pissing off the right. His latest transgression, a rather innocuous tweet stating that public policy can be paternalistic, has got the right-wing Twittersphere more worked up than it's been since he penned his seminal defense of "derp." He even got his own piece on Michelle Malkin's Twitchy, the online equivalent of being designated the subject of the right's daily two minutes hate.

What's fascinating about the brouhaha over Barro's tweet, however, isn't the thudding familiarity of the right-wing outrage-industrial complex, but the half-baked libertarianism the outrage reveals. Stripped of the bad jokes, the incoherent references to the Founding Fathers, and the mock horror that someone could say such a thing in public, the right's response to Barro's tweet can be reduced to a simple cry: "Don't tell me what to do!" Here, from Twitchy, is a representative example:

No, @jbarro. You & the government do NOT know what is best for me. You don’t even KNOW me.

Or how about this one:

I wonder if people like @jbarro include themselves among those who don't know what is best for them? (kidding, I know the answer)

Or my personal favorite, not included in Twitchy's roundup but a melodramatic gem nevertheless:

You know what public policy is based on the "presumption that people don't know what's best for them"? Tyranny. @jbarro

As Barro pointed out in subsequent tweets, this "don't tell me what to do!"-style libertarianism, if taken seriously, would have some pretty radical implications. No public education, for one. No regulations on food or consumer goods, for another. Workplace safety? Forget it. Through the lens of this vulgar individualism, any kind of collective action — besides those undertaken by the military, of course — becomes an unbearable infringement on these conservatives' "liberty," or as Twitchy puts it, "freedom to choose."

What the response to Barro from the right also makes plain is the enduring salience of the politics of resentment. In many ways, Barro's the ultimate embodiment of an elite: his father's a celebrated economist, while Barro himself is a Harvard grad. He's articulate, erudite, polished and, perhaps worst of all, frequently appears on MSNBC. He's exactly the kind of country club Republican that the Twitchy set — the folks who revere Ted Cruz for taking on the ill-defined but thoroughly supine "establishment" — hates. A RINO if ever there was one.

You can't understand the level of vitriol directed Barro's way unless you keep in mind this resentment and how much of it fuels Twitchy-styled libertarianism. The anger is framed as an opposition to governmental control, but that's not really what's going on. These are the same people who want to criminalize abortion, after all. And lord knows they're not OK with open borders. Rather, what animates Twitchy, perpetual outrage machine that it is, is resentment over who sits in positions of influence and power, not the existence of those positions in the first place. It's petty envy, pure and simple.

Josh Barro's greatest crime, then, is simply being Josh Barro. Any policy considerations are secondary, if they're considered at all. So when Barro tweets the following, he's just a bit off:

I can't figure out if the people acting outraged at me about this are stupid or disingenuous. Or both. Probably both.

These people aren't necessarily stupid or disingenuous (though many certainly are one or both). They're bitter and frustrated, angry and aggrieved. They're resentful; and dammit, you can't tell them what to do!