Months after my dad died, I want to return to the holiday's roots, in which loss is celebrated as a part of life 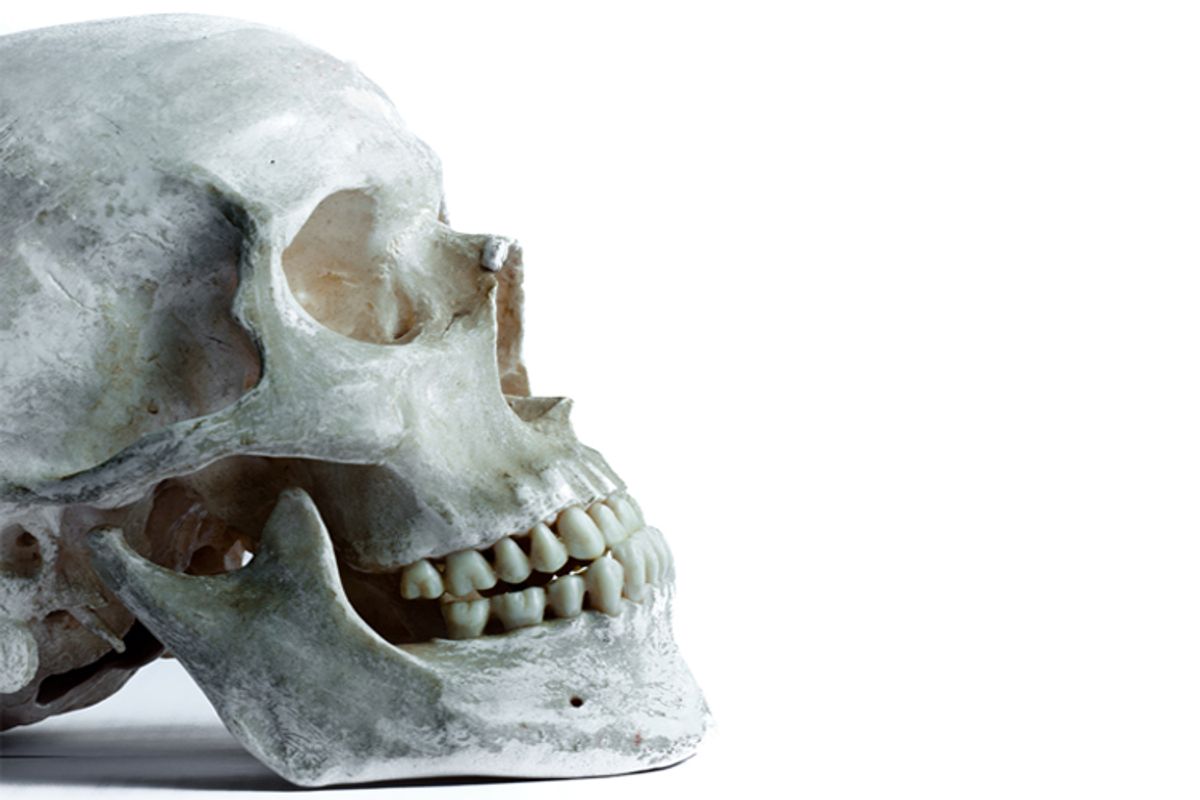 I stood in the Atlantic Ocean near my father's house at his memorial service, and helped to scatter his ashes into the ocean. I dug my hands into the urn, grabbing handfuls of the gritty ash, and threw it into the incoming waves, releasing my father into the place that he had loved best. I still remember the sensation of having my father's ashes underneath my fingernails — the underside of my fingernails clogged with parts of my father's body. How, in that moment, I considered how I could hold onto him, but then, aware of how unrealistic I was being, I plunged my hands into the ocean and felt the traces of him wash away.

My dad died on June 13 of pancreatitis. He was 71 years old. My father's death was ugly — he didn't slip into oblivion, but was, until the last hours of his life, in torturous pain that I still feel his doctors undermedicated. There was nothing redeeming about his end. I find myself embarrassed to admit how hard this process has been. On some days, I explore each facet of his end as if I were a jeweler examining a diamond, and on other days, I feel robbed of language, so unable to take in my dad's death that I hide old photographs.

How odd, then, that Halloween is upon us. It’s a holiday when people all over the world remember and celebrate those who have passed, but how many Americans actually know that Nov. 1 and 2 are All Saints Day and All Souls Day? In typical U.S. fashion, Halloween bears little resemblance to what it once meant, just as the Easter Bunny has little to do with crucifixions. When it comes to our holidays, we'll take cute and funny over dead serious any day.

Don’t get me wrong: I’ve always loved Halloween. In my household, sweets were an expression of love. How could I not adore a holiday in which strangers loaded my bag with milky chocolate, sweet lollipops, gum? My father forbade us to eat anything until he had inspected it, which often meant that he needed to “taste test” his favorite treats. How funny the joke was — that my dad was a big kid, too, and our chances of eating a Heath bar or a Peppermint Patty were nonexistent.

But I can't help feeling that our inability to acknowledge death in our culture, to really acknowledge the loss that a single death brings to a family, is somehow symbolized by turning a once-sacred holiday into a romp. Halloween is either a kids' celebration, where children dress in costumes and get drunk on candy, or an excuse to throw elaborate parties where grown-ups dress up and get drunk on alcohol, all in the name of scaring ourselves silly with the idea of ghosts and goblins, witches and vampires. Nowhere, it seems to me, is there an acknowledgment that Halloween is a night about death. Not scary Hollywood death, but the simple losses that families suffer, as mine did this year.

Four months after losing my dad, I have learned to put together good days where I accept that my dad is gone and that, even though I don't believe in an afterlife, he is in a better place if only because he is not suffering.  But four months is not four months when you are in a state of mourning. Time oozes. It stretches.

Still, I feel pressure to be “over” it. To find "closure," which as best as I can tell, is supposed to happen between the death and the funeral. Grieving people are a nuisance to an industrial economy; in this country, we only give ourselves so many days to recover from any trauma. (As we come up on the year anniversary of Sandy Hook, how many people want to acknowledge how much grief and suffering still lingers in that town? How far from “closure” those families must be?) Better to do is to stiffen our upper lip, put our shoulder to the millstone, and move along. I quote clichés because our language for getting on with our lives after a loved one's passing are clichéd. We don't have a language for profound everyday sadness. When we grieve, we grieve alone. When we say to others, "Hi. How are you?" we don’t want anyone to stray from the script and tell us the truth. I have learned the fine art of saying "I'm fine" and plastering a smile upon my face. I don't want to cause anyone any discomfort. That would be rude. I have found myself toying with the idea of wearing a black armband. Something that says to the rest of the world, "I’m not my normal self.”

My next door neighbor is a retired anthropologist who studied the indigenous peoples of Peru. I spoke to her a few weeks ago, on one of the bad days. My neighbor reminded me that it's the American way of death that is alienating and insanity-making, not that I was insane. She told me that in Peru, she accompanied families to the local graveyards, where they had tended to their dead. Sometimes, parts of bodies would work themselves to the surface of the soil. The people who were tending the graves would greet their ancestors, speak to them, rebury them, and treat it as a natural part of life. The dead were always with them: they were not shunted away. Our sanitized forms of body disposal create as much distance between the living and the dead as possible. I can't imagine a pristine American cemetery littered with body parts.

I understand some people think this is morbid. That while it's OK on Halloween to scare ourselves silly with thoughts of the evil dead, getting our hands dirty by handling the stray body part, or to hold, as families do in places like Mexico, a full picnic on the grave of an ancestor in order to acknowledge that dead people are still a part of the family — that that represents something not proper. Maybe even primitive. We are too civilized to truck with the dead. But, of course, we are also afraid of death. We've built entire religions that guarantee us an afterlife because we're so afraid of the nothingness that lays beyond our last breath. And we've built entire cultural genres on the idea that the dead hold nothing but maliciousness toward us, the living. Casper the Friendly Ghost is a children's cartoon. If we're adults, we much prefer the horror that is currently playing at your local multiplex.

My biggest fear of death is not the dying itself but that once I am gone, my father and my grandparents will die, too. There will be no one to remember them. Their stories will go with me.

So this year, I have new plans for Halloween. I will still sit out on my front porch, bowl of candy by my side, as I distribute treats to the neighborhood kids, as it should be. I will marvel at their costumes, smile at their moms and dads, load their bags up with what I hope is the good stuff.

But then, for the next two days, I will take time out to publicly acknowledge the loss of my father. This doesn't mean I will wear sackcloth and ashes — my father would have hated that — but it does mean that I will adopt some of the rituals from other cultures to help me deal with my grief.

There is no grave to sit by, no place to sit by my father's body and tell him how much I miss him. If the Gulf Stream has, pushed by the ocean's tide,  caught his ashes, he should be halfway to England by now. But we have planted a blue flowering tree in the front yard in remembrance of him, a thousand miles away from where we scattered him. On Friday, I will cook one of my father's favorite meals to serve to my family. And for my dad, I will leave a can of Boddington's beer by the tree. I will burn a candle. And I will sit. Talking. Telling him all that he has missed since he died. Tell him how much I miss him, but how my life, and that of those who loved him, have progressed since he's been gone. Rather than primitive, it seems the civilized thing to do.