Newly discovered planet is just like Earth, except covered in lava

“This is probably one of the most hellish planets that have been discovered yet.” 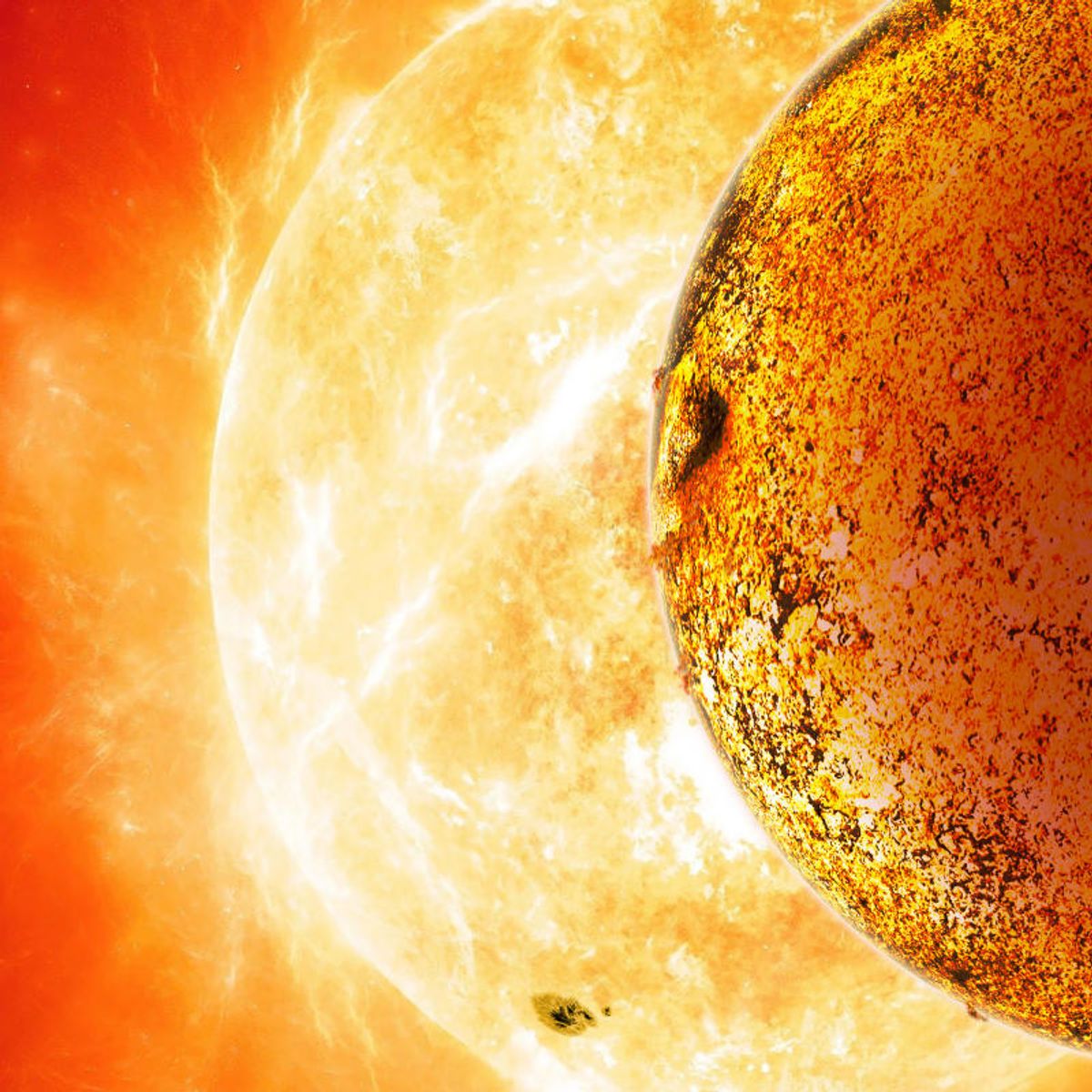 It's similar in size and density to Earth, and made of the same mixture of rock and iron as our own planet. It even orbits a star that's similar to our sun. But the comparisons stop there for Kepler-78b, a newly-discovered planet 400 light-years away.

It whirls around its parent star, Kepler-78, at a distance of less than a million miles, and its year — the time it takes to complete one orbit — is just eight and a half hours. (By contrast, Earth is 93 million miles from the sun and, of course, completes its yearly orbit in a little over 365 days.)

At that close proximity, the surface of Kepler-78b is infernally hot: 3,500 to 5,000 degrees Fahrenheit, or “well above the temperature where rock melts,” said Andrew W. Howard, an astronomer at the University of Hawaii and the lead author of one of two papers being published in the journal Nature. “This is probably one of the most hellish planets that have been discovered yet.”

The big mystery, say the researchers, is how it's even possible for such a miserable place to exist. ""It couldn't have formed in place because you can't form a planet inside a star. It couldn't have formed further out and migrated inward, because it would have migrated all the way into the star. This planet is an enigma," said astronomer Dimitar Sasselov, of the Harvard-Smithsonian Center for Astrophysics, in a statement.

What they do know is that the situation on Kepler-78b is about to get more hellish: they give it about three billion years before gravitational tides draw it too close to its star, at which point the star's gravity will rip it apart.