Watch this guy turn a Ford Fiesta into Optimus Prime

This video has everything: robots in disguise and great music 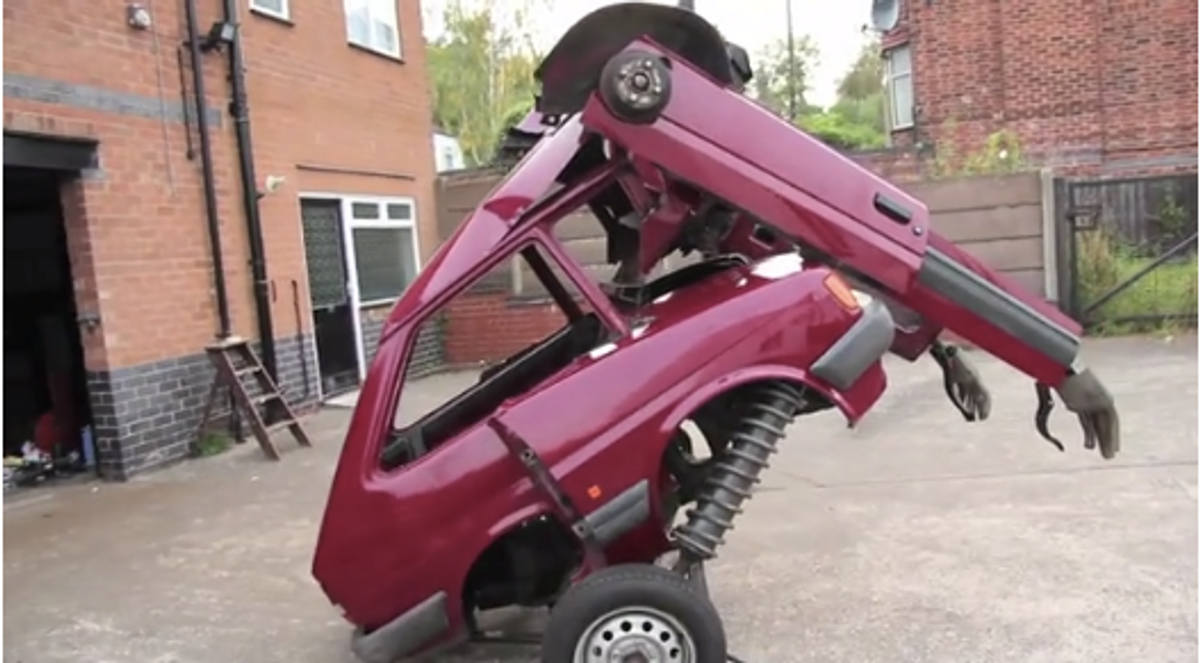 Artist Hetain Patel's first car was a 1988 Ford Fiesta. Now, together with his father, he's souped up a different Fiesta into a Transformers-style robot sculpture. It does not move or fight villains, unfortunately. Here's Patel's description of the project:
Another significant influence for me and this work are Transformers, an American film and toy franchise since 1984, and a widely recognisable pop culture reference that reaches far back in Hetain’s memory. In this new sculpture, Transformers have been made manifest, physically, in a literal transformation of a Ford Fiesta car into a large-scale squatting human-like figure. For me, these ‘robots in disguise’ (as per the cartoon’s theme tune) stand as a metaphor for the other, in a fantasy world where they can transform out of a marginal position into one of empowerment.
In the video above you'll see a timelapse of the process, and, after 10 minutes, will hear the 1986 song "You've Got The Touch." This video has everything, is what I'm saying.