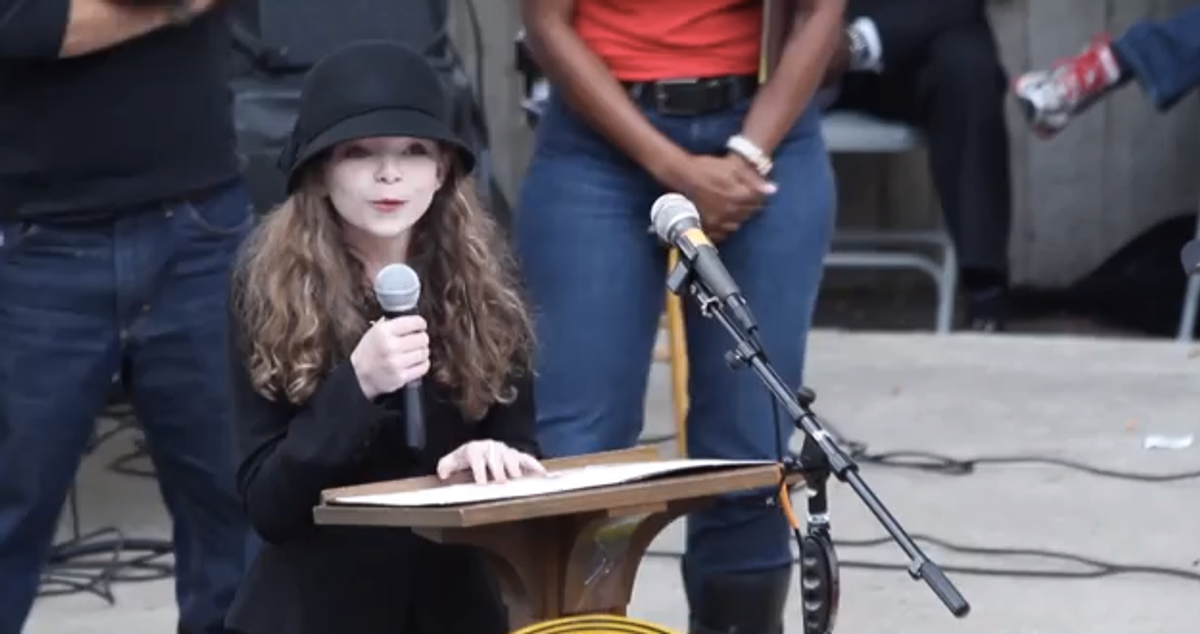 Madison Kimrey may not be old enough to vote just yet, but the 12-year-old activist is already speaking out against voter suppression efforts in her home state of North Carolina, particularly provisions of the sweeping new law that limit early voting and strip 16-year-olds and 17-year-olds of the ability to pre-register to vote.

And rather than encourage young people like Kimrey to get and stay involved in issues they're passionate about -- even though their politics differ -- Gov. Pat McCrory called the young founder of NC Youth Rocks a "prop" for a "far-left agenda."

The outspoken Kimrey, naturally, did not take such an accusation lightly (or quietly):

The elimination of pre-registration was one of the first parts of the new 56-page voting law to go into effect. Ask yourselves, young people, why? Why do they want to take away our ability to pre-register so quickly? I wanted to meet with our governor to discuss pre-registration but he called my request to meet with him ridiculous and called me a prop for liberal groups. This is not leadership. The young people of North Carolina deserve better.

I am not a prop! I am part of the new generation of suffragettes and I will not stand silent while laws are passed to reduce the amount of voter turnout by young people in my home state.