"Look at the subliminal message George sent me," Shellie Zimmerman reportedly said of the target 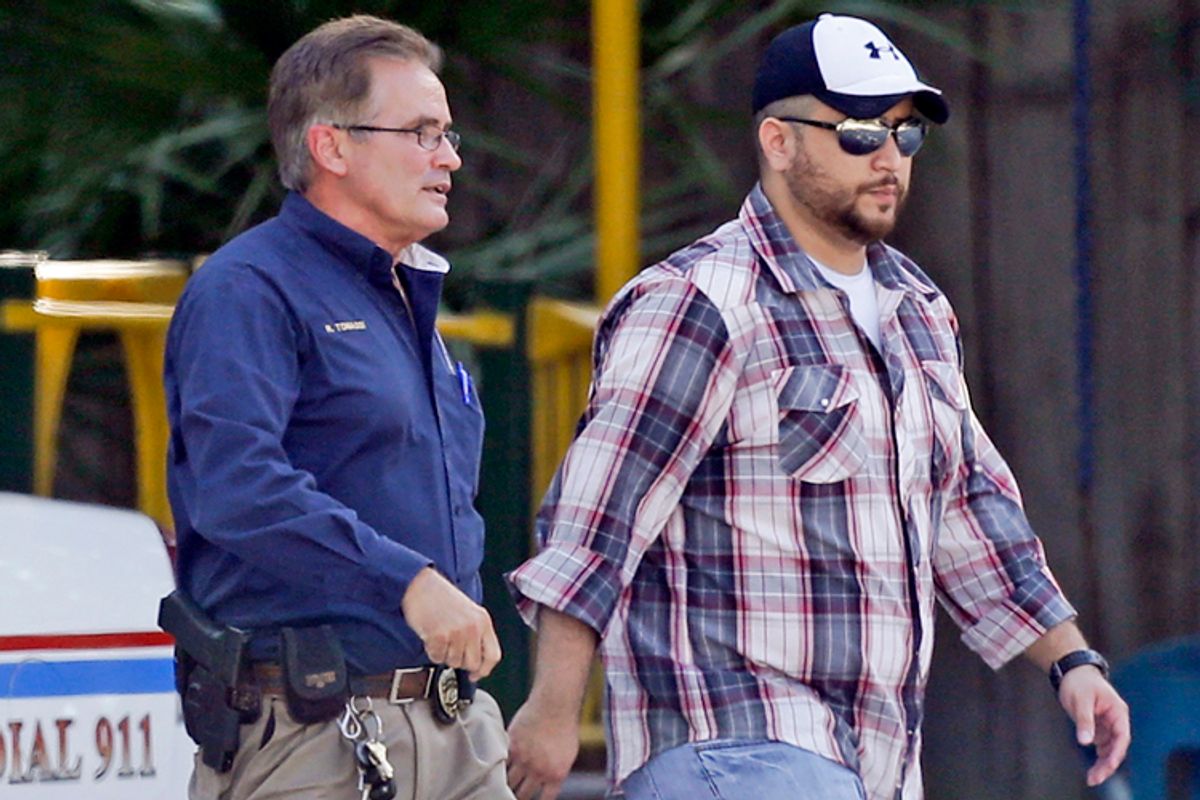 George Zimmerman nailed a shot-up bull's-eye to the the wall of his estranged wife's parents' home, according to a report from Radar Online about allegations made by Shellie Zimmerman.

Shellie, who filed for divorce in September, says that she found the target at her parents' home and sent a photo of it to her lawyer with the message, "Look at the subliminal message George sent me."

Radar Online obtained photos of the target, which George allegedly left in the home after being asked to collect his belongings.

In September, Shellie called the police and reported George had threatened her with a gun and had physically assaulted her father, though she did not press charges.

On the phone with the emergency dispatcher that day, Shellie told the operator, “I don’t know what he’s capable of, I’m really, really scared."