The 16-year-old victim of the alleged rape identified three of her assailants, who were ordered to cut grass 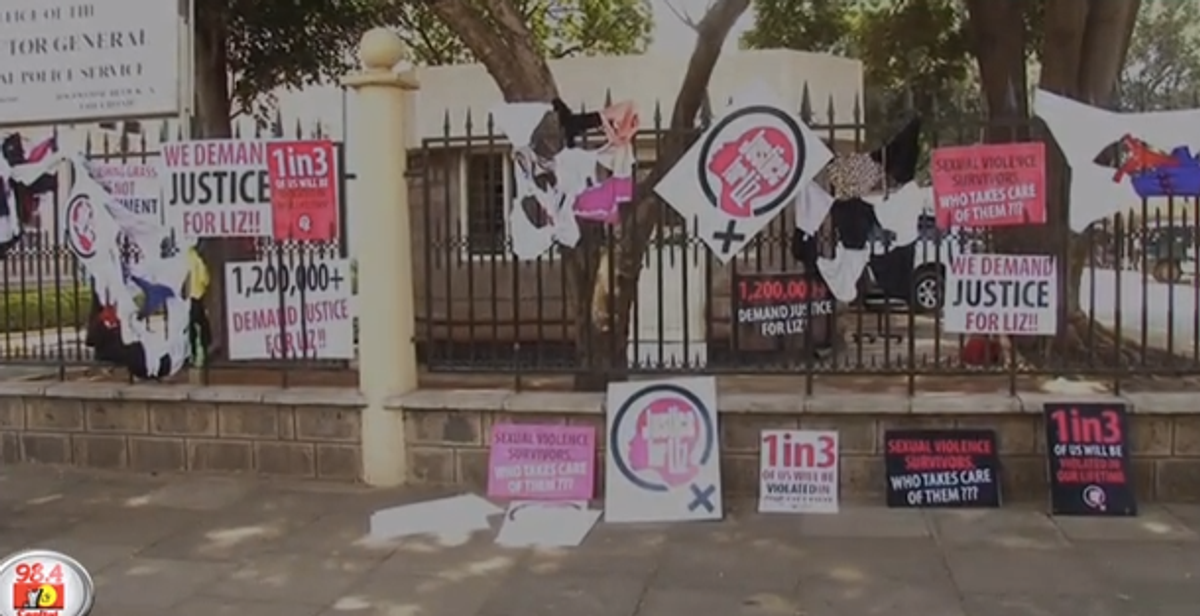 Kenyan women led a march through Nairobi on Thursday to protest police inaction following the alleged gang rape of a 16-year-old girl. The victim, who is being referred to by the pseudonym "Liz" in local media, identified three of the six suspects, who were ordered to cut grass at a police station as punishment and then let go.

Demonstrators rallied at the police chief's office, calling for the arrest of the suspects, chanting "justice for Liz."

Word of the attack got out in October -- three months later -- when one of [the victim's] doctors, outraged by the incident, called a journalist at the Daily Nation newspaper. The newspaper broke the story and is spearheading a fundraiser to pay for her medical bills.

By then, Liz had been hospitalized several times [for injuries sustained during the assault] and had to use a wheelchair. She also suffered from a condition that makes her unable to control her bowels as a result of the rape, the Coalition on Violence Against Women said in a statement.

She's been in and out of the hospital since June. Her mother, a small-scale farmer, leased her land to make extra money to send her to a bigger hospital in the nearby major city of Kakamega, according to [Milanoi] Koiyiet [a representative for Kenya's Coalition on Violence Against Women, which is providing the teen with legal assistance].

Capital News interviewed Nebila Abdulmelik from the African Women’s Development and Communication Network, who was among the protestors, about what is being done to hold law enforcement accountable and ensure action is taken against the alleged rapists: