Must-see morning clip: Why is Congress surprised that the NSA is spying on...everyone? 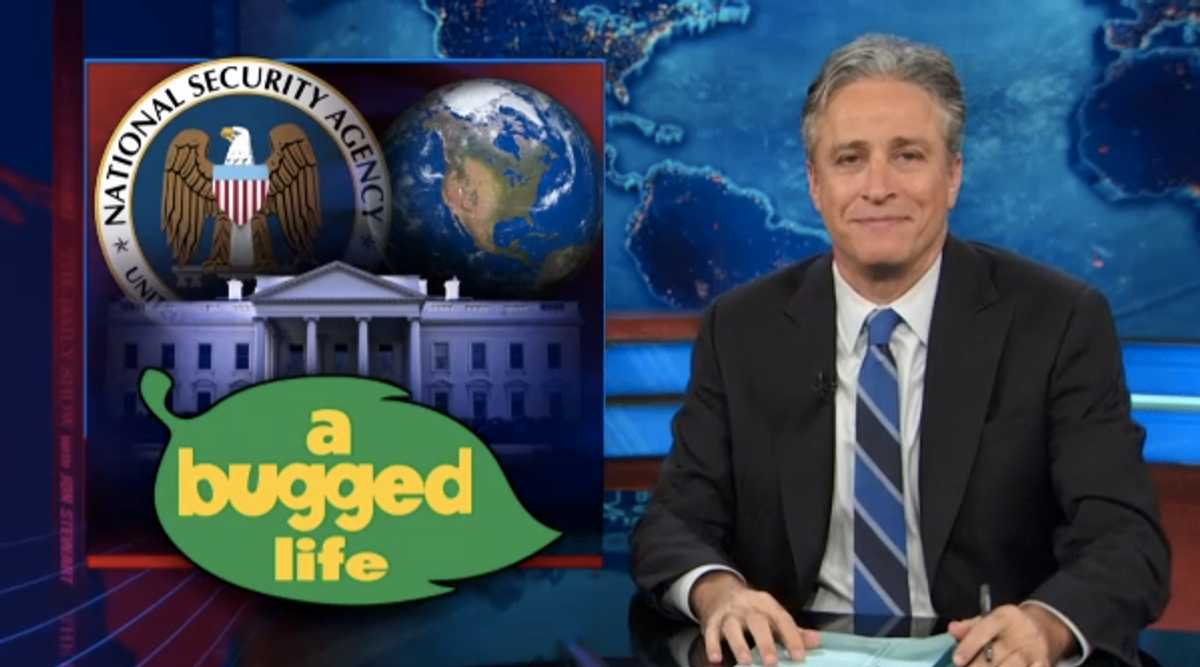 Congress is outraged (OUTRAGED!!!) that the NSA, an agency built to spy, has been doing just that. But their main concern isn't the spying itself -- it's that Congress wasn't told about the monitoring of world leaders. "They have every right to be outraged, surprised," said "Daily Show" host Jon Stewart. "Well, maybe not every right. No right. They have no right."

Stewart reminded audiences that in 2001, Congress passed the Patriot Act, a sweeping government surveillance bill that granted the NSA access to "any intangible thing," "Our nation's intelligence has to have access to anything except wishes and fairies," he explained. Congress renewed that act twice, failing to limit the "scope and reach" of the act despite many chances to do so.

"If I may," Stewart mocked, "I can't believe you stayed out all night and got drunk, just because I left you with a keg of beer and a note that said 'Do whatever the f--k you want for as long as you want!'"