Get this: One of the GOP's top spokeswomen doesn't want men to share the cost of maternity care 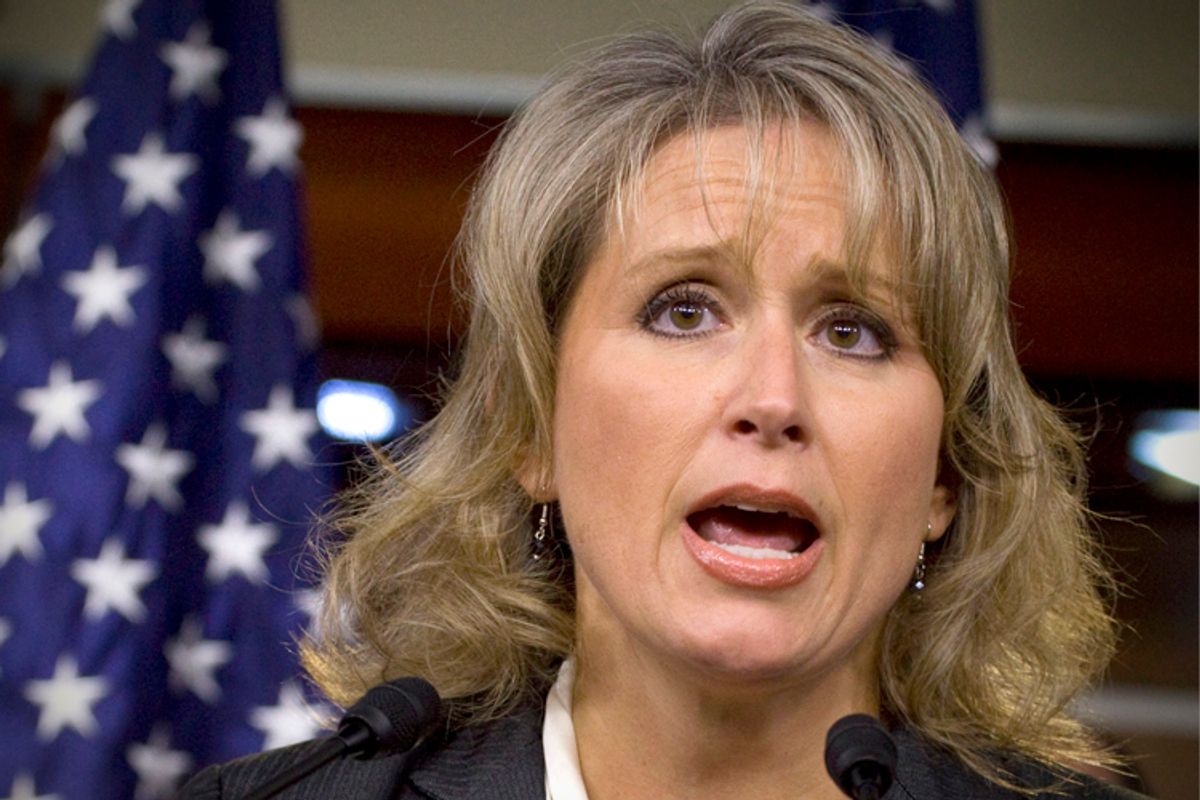 There were a lot of lowlights yesterday when Health and Human Services Secretary Kathleen Sebelius testified before the House Energy and Commerce Committee but this from Rep. Renee Ellmers, R-N.C., starting at 1:50, is where the sky officially went black.

Ellmers is correct to observe that human males don't gestate human children. Likewise, no human female, to the best of my knowledge, has ever developed testicular or prostate cancer. A big part of what the Affordable Care Act does is to recognize that treating cancer and bearing children are expensive but common things our society places a great deal of value on, and to defray the costs of doing them broadly, even if they're sex-specific. It establishes the principle hat women shouldn't be financially penalized, by accident of birth, for having wombs. Perhaps if human fetuses were incubated in nests like birds, Ellmers would see the value in socializing the costs of advancing the species.

But let's examine the demographic politics of Ellmers' snide inquisition. The Affordable Care Act's requirement that insurers cover maternity care is a major manifestation of its broader prohibition against gender rating. Before Obamacare, it made sense actuarially for insurers to charge women more than men for coverage on the individual market. The fact that women, rather than men, incur maternity costs was a big part of their justification, though women were also generally charged more for equivalent coverage. By prohibiting the practice, Obamacare doesn't just strike a blow for moral reasoning. It effectuates a billion-dollar transfer of wealth from men to women.

By undertaking to foist the costs of maternity care back onto women alone, Ellmers was proposing, perhaps unwittingly, to transfer all of that wealth from women back to men. Take her point to its logical conclusion and she was also arguing for absolving anyone who's genetically insulated from certain medical expenses from paying a penny to treat others who aren't so lucky. Born with a harmful BRCA mutation? Then the cost of financing breast cancer treatment should be entirely on you and your unfortunate peers. Got the Huntington's disease gene? Buh-bye!

Ellmers, by the way, is the House GOP's designated spokeswoman on women's issues.