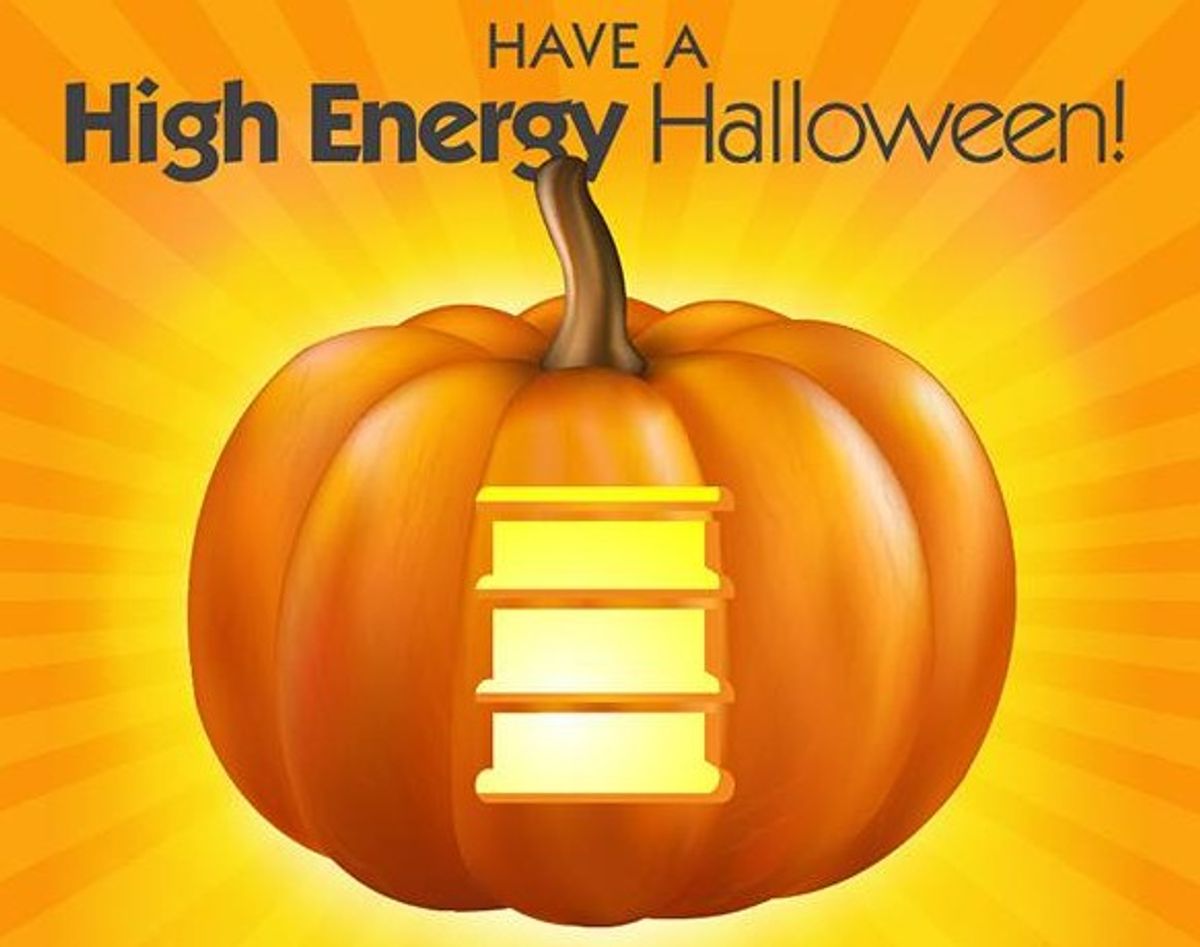 What does your jack-o'-lantern say about you? Does it broadcast your enthusiasm for renewable energy, or is it a proud acknowledgment of the gas and oil industry's important role in meeting America's energy needs?

Oh, you weren't aware that your pumpkin was supposed to be making a political statement? Tell that to the Department of Energy and the American Petroleum Institute, who've entered into a public-relations war over their differing visions of what makes for a great energy-themed pumpkin carving.

It all started with the DOE, which declared Oct. 31 to be "“Energyween” and released a selection of patterns that include energy-efficient light bulbs and wind turbines. The API, shocked that the government agency would leave gas and oil out from the festivities, countered with its own set of stencils for the day, which they rechristened "High Energy Halloween." So if a solar panel isn't your thing, you can celebrate with a barrel of oil instead. Fun!

Check out the selection of stencils below, then get carving: