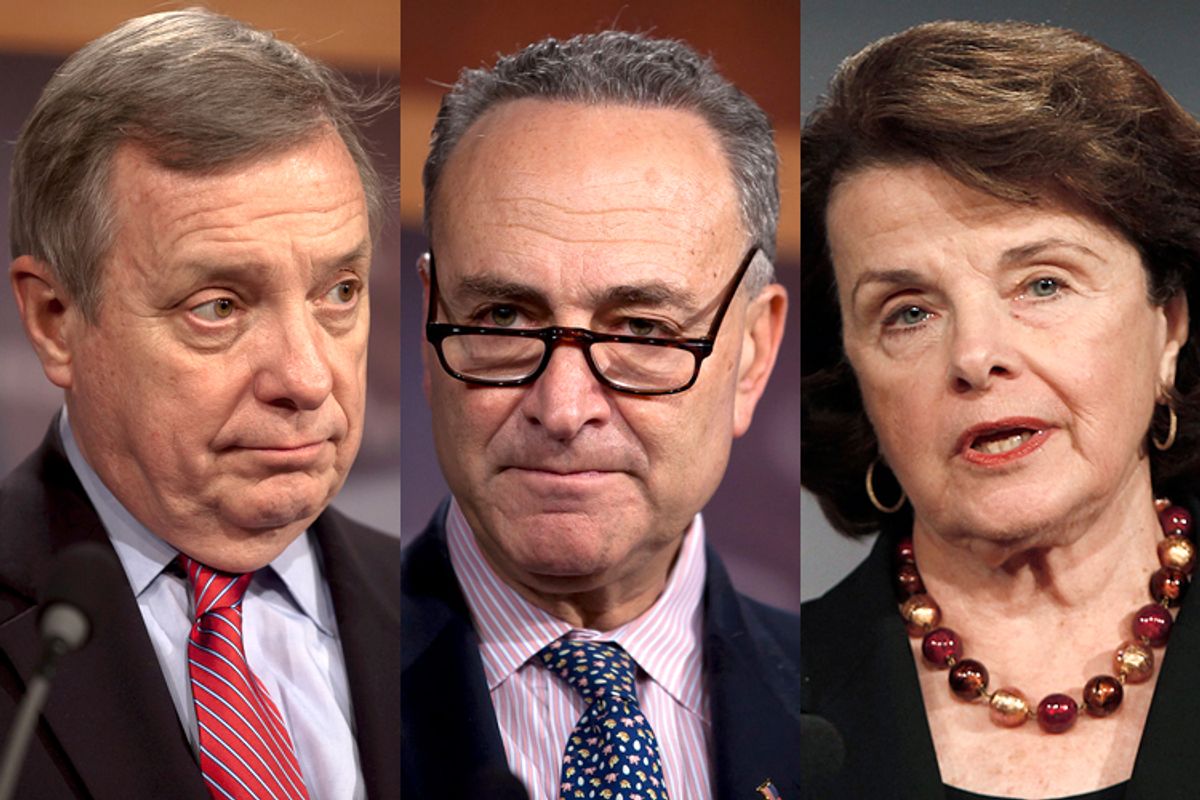 After a government shutdown that did massive damage to the Republican Party's image, many Democrats were optimistic that the upcoming elections in 2014 could be theirs for the taking.

Then came Healthcare.gov's early malfunctions and the rising tide of cancellation notices sent by insurance companies to those in the individual market.

Now, reports the New York Times, Democrats are worried that Obamacare's dysfunctions and disruptions will squander the gains made during the government shutdown. They're so worried, in fact, that they called White House Chief of Staff Dennis McDonough on Thursday for a special, closed-door meeting. As they filtered out of the room following the meeting's conclusion, Democrats' fears appeared to be far from assuaged.

"I don’t think there’s confidence by anyone in the room," added Oregon's Sen. Merkley. "This is more a show-me moment. We were all confident that the system was going to be up and operating on Oct. 1. And now we’re not confident until it’s real."

“It’s not working well,” said Senator Benjamin L. Cardin, Democrat of Maryland, whose state was hailed by Mr. Obama as a model for the Affordable Care Act.

Senator Joe Manchin III, Democrat of West Virginia, has teamed with Senator Johnny Isakson, Republican of Georgia, to draft legislation delaying until 2015 the imposition of penalties on those who fail to buy health insurance. In an interview, Mr. Manchin said the problems went well beyond the potential penalties, and included individual insurance plans being canceled for failing to meet the law’s coverage requirements and a lack of health care choices in some parts of the country.

“Everybody’s upset about the computer; you can’t get on,” he said. “They’ll get through that. They better be worried about having a product at the end and being able to have adjustments to the product that really work.”

He continued: “Affordable health care means trying to get more people insurance that had no insurance. Making people who had insurance buy a different product that costs more for less coverage? You can’t go home and defend that.”