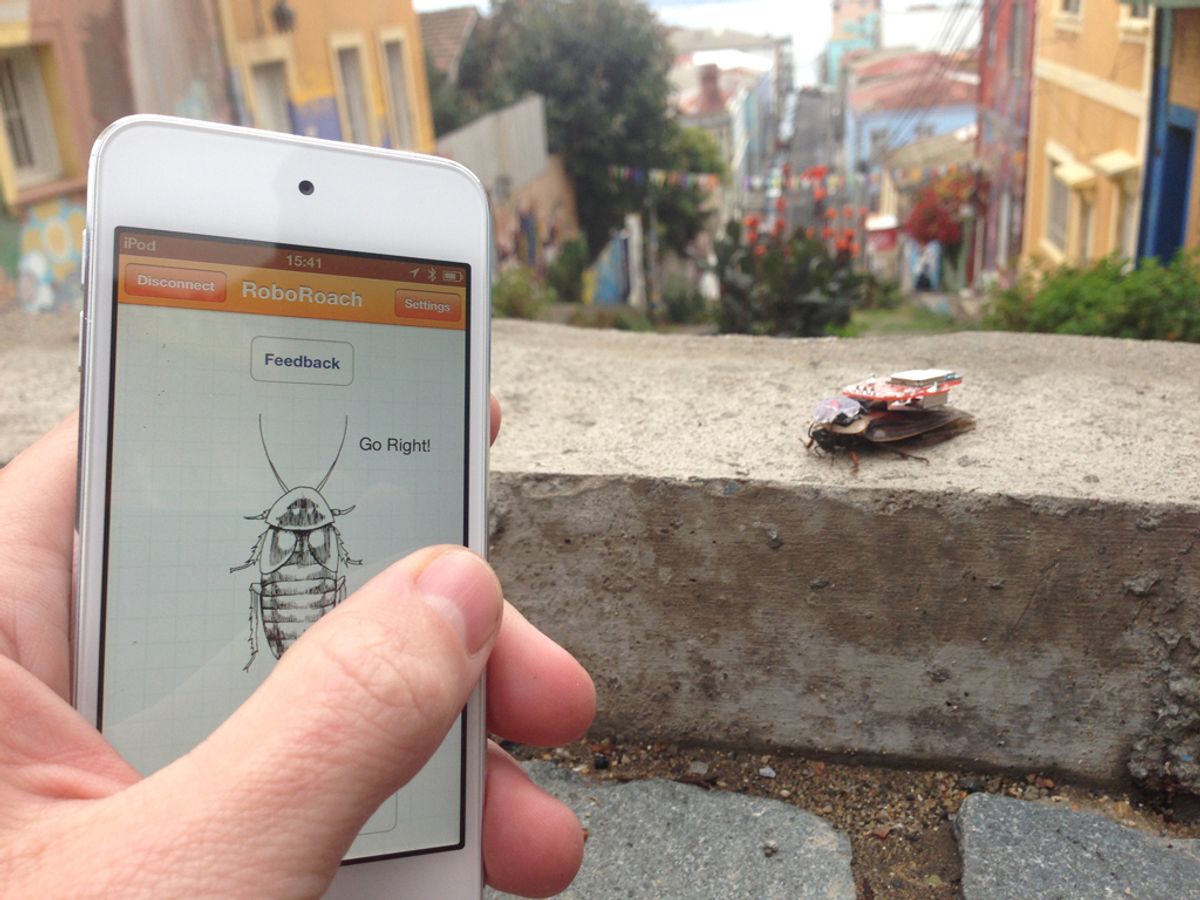 It's not illegal to crush or gas a cockroach, but according to People for the Ethical Treatment of Animals, shocking it with electric volts in order to take over its brain should be a felony. The animal rights group, according to Time, has filed a complaint with Michigan's attorney general and state regulators against Backyard Brains, the company that's made remote-controlled roaches a reality, for "practicing veterinary medicine without a license."

RoboRoach, the product under fire, is a $99 kit backed by the National Institute of Mental Health; according to the company, about 300 have been sold so far. Time explains how it works:

Using the same concept as deep brain stimulation, in which electrodes implanted in people’s brains help control symptoms of Parkinson’s and other neurological disorders, the kit attaches electrodes to the antennas of a live cockroach, then shocks it with three-volt jolts to get the bug to move in whichever direction the user designates. (The kit comes with a toy remote control for now, but upcoming versions will work with most smartphones.)

Building your very own cyborg bug involves dipping a live cockroach in ice water to anesthetize it, cutting off most of its antennas, inserting electrodes into the remaining stubs, then supergluing a little headset atop the insect’s head. A small receiver snaps into the headset and rests on the bug’s back.

Definitely cool, arguably unethical. Backyard Brains' case against the latter rests largely on its insistence that the device isn't a toy, explaining on its product page that it has great educational value:

The name "The RoboRoach" and the tagline "Control a Living Insect from Your Smartphone" was chosen to be provocative and to capture the public's interest. A more accurate though much drier title would have been: "The RoboRoach: Study the effect of frequency and pulse duration on activating sensory circuits in the cockroach locomotion system, and the subsequent adaptation." This is an accurate description, and these devices are currently used by scientists at research universities. However, such a description though would have alienated novices who have never had any exposure to neuroscience or neural interface experiments.

"We find it poetic that the cockroach is actually the best preparation we have found for showing neural activity, as it gives people a newfound appreciation for these creatures rather than as simple pests," the company adds in a longer response to objections that have been raised. It adds, however, that treating cockroaches as sentient animals "is a stretch."