Rogue researcher has "evidence" that the kraken really existed

What does it take to get your sea monster theory taken seriously these days? 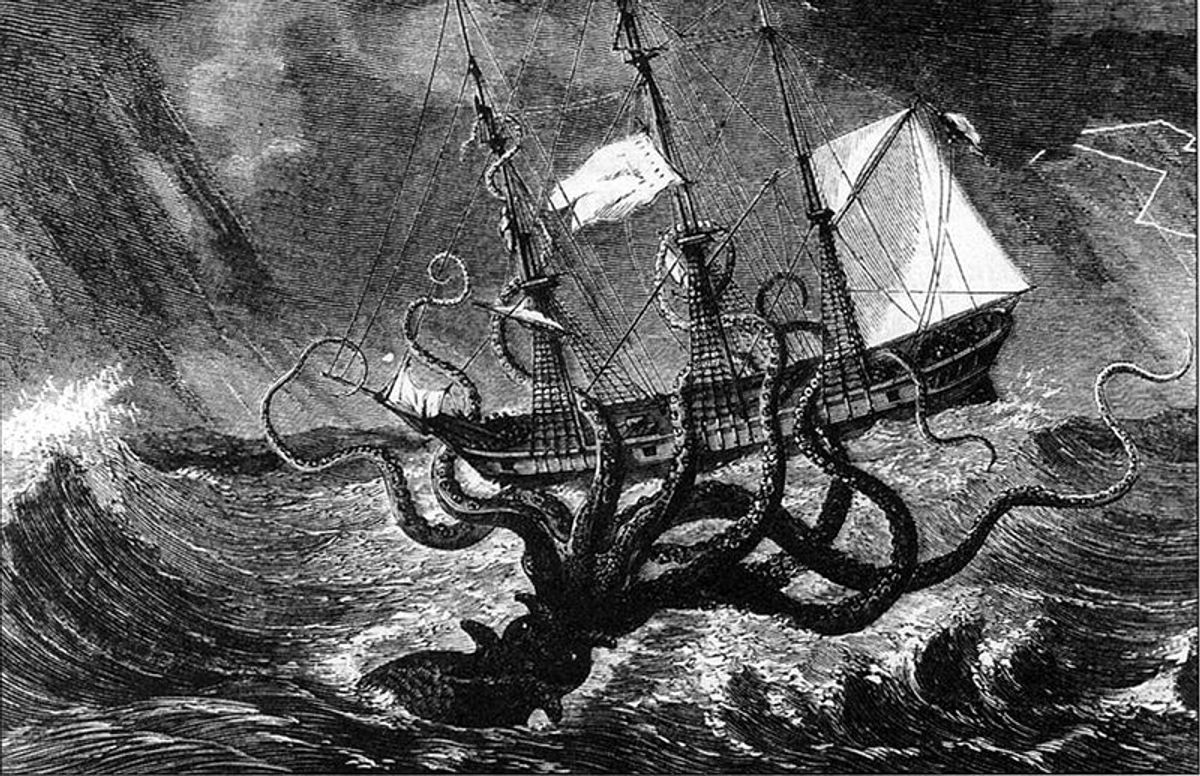 Here's all the proof we need that a giant sea monster prowled the ancient seas: a 218 million-year-old fossil of a squid's beak that's much bigger than anything found today. Well, it's all the proof needed by Mark McMenamin, a paleontologist at Mount Holyoke College in Massachusetts who first outed himself as a kraken truther in 2011. On Wednesday, McMenamin presented the fossil at the annual meeting of the Geological Society of America as evidence of the existence of the Triassic kraken, a "school bus-sized"  creature 50 to 100 feet long.

Fellow researchers, however, take McMenamin to task for what they see as outrageous claims. It's not even possible to verify that the fossil truly is a beak, said David Fastovsky, a paleontologist at the University of Rhode Island. Even if it were, he said, it's too fragmentary to determine the size of the creature it belonged to. And all that aside, "a kraken isn't really necessary. Everything can be explained by much less exotic means."

Another paleontologist, Donald Prothero of Occidental College in Los Angeles, warned "gullible reporters" not to believe McMenamin's claims, as "NOT ONE scientist at these meetings takes him seriously." Duly noted.