Drones, wiretapping foreign leaders, NSA out of control: Change will only come when our foreign policy truly fails 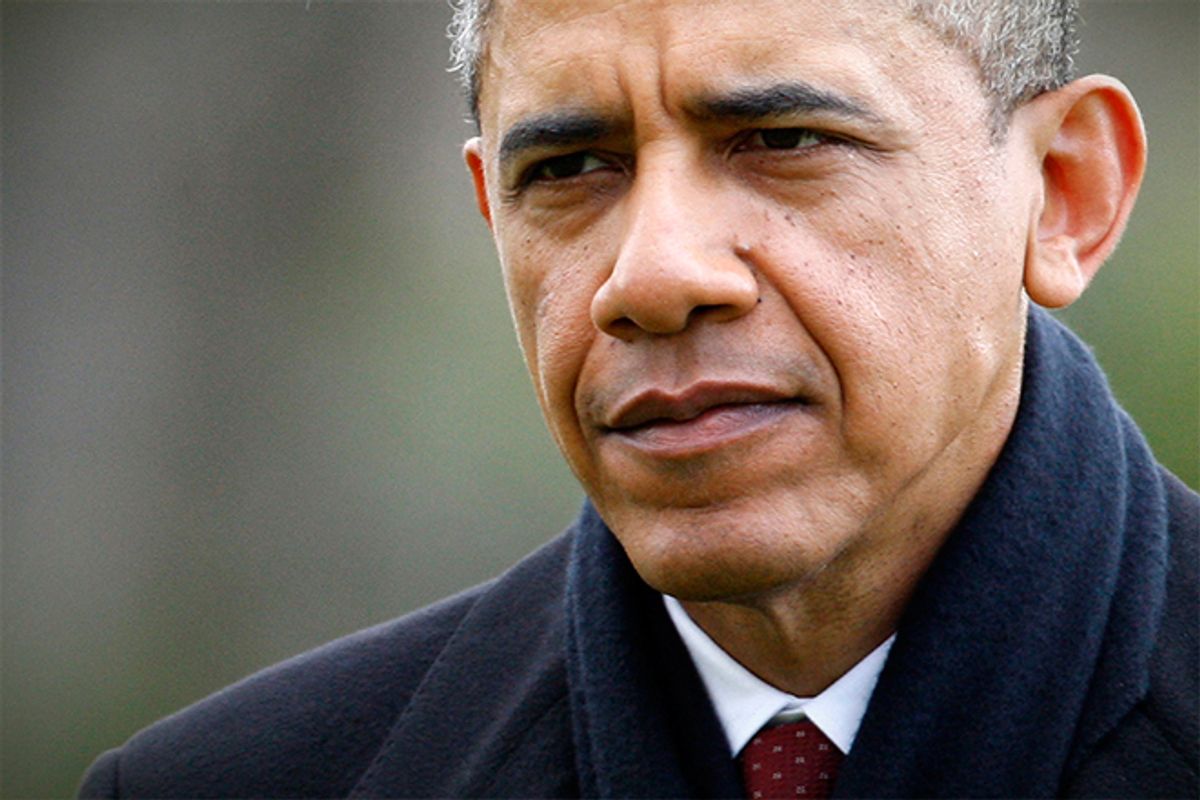 It is difficult, and it will never be any other, to be an American and write in an American publication that the best thing to befall our great country would be a series of resounding defeats. It is upside down. It is bitter. And it is time.

Failure will make Americans a better people, their country a more humane country, and the world a more habitable world. This the only honest conclusion to draw as the outlines of official American thinking in the 21st century emerge from the mists of endemic misinformation.

Let us ask ourselves: What do the following developments, all now in the news, commonly reflect? Why is it better to view them all at once, parts of a single phenomenon, rather than separately (as our media incessantly encourage us to do)?

It is hard to sit still as this stuff flows through our newsrooms. The war against the individual sovereignty of every person everywhere, the deadly war against law, diplomacy and coexistence, the war against authentic culture and values that arise from each society’s soil: American victories in each case would be calamitous. Failure is the only sustainable outcome — the best to be hoped for.

Nothing odd here. The thesis proves out. I made this argument in this space last summer, as President Obama prepared to shell Syria in response to reports — even now unconfirmed — that the regime of Bashar al-Assad had deployed chemical weapons on a massive scale. We got our defeat: The Russians intervened, Obama climbed down, and the world is marginally better off. Over the weekend, Syria submitted its required plans to destroy its inventories of chemical weapons — three days ahead of the U.N.’s deadline.

More of same is the thought here. There is too much at stake as the NSA totalizes its purview without evident civilian control and all that human beings do, see, eat, drink, hear and, at last, think is corporatized.

We have entered upon a big moment, you have to think. The new century comes at us with a velocity no one could have predicted even a few years ago. And then, when you think about events as conveyed in our media, you eventually recognize that this is an even bigger moment than you first thought, because all we are fed in fragments by a complicit press is of a piece. And here, paradoxically, lies a source of optimism. The American project in the 21st century, assembled as pieces of a puzzle, is exactly unlike what we say of the banks: It is too big to succeed.

It is a quarter of a century since the Cold War ended, half that time since the Sept. 11 attacks ought to have shaken the U.S. awake. It seemed more or less obvious that a new mode of address, new responses to new global realities, would be on the way. I thought so and put the thought in books. It still may prove out — it remains an alternative. But one braces to acknowledge an error. Among the more remarkable aspects of our big moment is that a man put in office riding a wave of aspiration described in a single word — “Change is gonna come,” he said, straight out of Sam Cooke’s old anthem — now oversees so ruinous a case of sclerosis.

Untamed spookery, diabolic weapons and prosecutorial trade arrangements to be forced down others’ gullets as if they were geese tell us all about ourselves and our plans. In any choice between primacy or world order — the prescient coinage of Stanley Hoffmann, a Harvard historian of the Cold War — Washington insists on the former. It continues to choose the unilateralism of the last century over the multilateralism that is the unmistakable sine qua non of our time. Military hardware and territorial dominion — 20th century technologies — trump coexistence and the mahogany tables of diplomacy, which are the technologies of our time.

The strategic goals remain dominance and control — nothing new. And beneath these lie old, very old compulsions and fears. Security has been an obsession since a young, rather naively idealistic nation looked out at the cynical despots of old Europe. The NSA now gives us the security neurosis at its furthest (one hopes) extreme: It is insatiable and has long since produced insecurity in job lot volumes.

Dominance and control are — shorthand here, but it will do — perversions of the older idea of providential mission and our trusty belief in our exceptional status. The original thought was rooted in myth and never sturdy; all that remains of it are the defense budgets, the apparently limitless espionage apparatus, and a desire to project not democracy but mere power.

It is all upside down, as noted at the start of this column. And this is why the better parts of the better among us have to hope we lose. A new course for Americans is inevitable — those opposing it remind me of Cú Chulainn, that mythic Irish warrior who, in a frenzy, charged into the tides to beat back the waves with his sword. The conclusion that now tempts is that we will not find our new course by ourselves. It will probably have to come by way of defeats.

Salon’s Natasha Lennard gave a solid report Monday that the White House is shortly to receive recommendations for reforms in U.S. surveillance programs from a panel Obama appointed earlier this year. The panel is composed of spooks, “counterterrorism” “experts” (two pairs of quotation marks needed here) and political spinners. A day earlier the New York Times reported that Susan Rice, Obama’s national security adviser, is shaping a new set of policies in the Middle East to get Washington out of the swamp it filled and then waded into. Same thing: Rice — the military interventionalist to match any and all comers in the category — heads the panel, which is made up of her favorite half-dozen yes-men and -women.

The topic here is self-correction. It is possible, and one must hold out for the possible even in the face of all evidence. But then there are odds. And my money has been elsewhere since the Supreme Court imposed its presidential preference upon us 13 years ago.

A new theme — or a revived old theme — is sounding among us, you may have noticed. It is the charge of rising isolationism. Andrew Bacevich, the former colonel who has since thought better of things, published a fulsome analysis of the phenomenon the other day, “Always and Everywhere: The New York Times and the Enduring ‘Threat’ of Isolationism.” Good stuff: He gives you all the names.

It seems that people such as this hack — people who think wars of mission, armed interventions galore, and all associated strategies and tactics are yesteryear’s thinking and played poorly even yesteryear — these people are isolationists.

They are weak. The president was weak on Syria. A strong America is an America that remains engaged. Remaining engaged means intervening when American values and interests are at stake. Intervening means the deployment of might.

Step back for just a moment. What do these people mean by “isolation”? If the outdated ideas of interventionists are not isolating this country, we better call in the lexicographers. If engaging the global community as the rest of the global community now engages itself — diplomatically, by way of leaders with greater or lesser intelligence, imagination, and vision — if this is isolation, then the compilers of dictionaries have double duty.

A country and a people that make their way in the world more or less intrusively and with little regard for others are not a confident country and people. Their decisions are rooted in fear; confidence usually produces good decisions, and fear almost always yields bad ones. A nation overly reliant on military preeminence and incapable of thinking anew is merely powerful. In our century, nations with ideas, imagination and renovated perspectives will prove strong nations. The rest will weaken and fall behind, all by themselves.