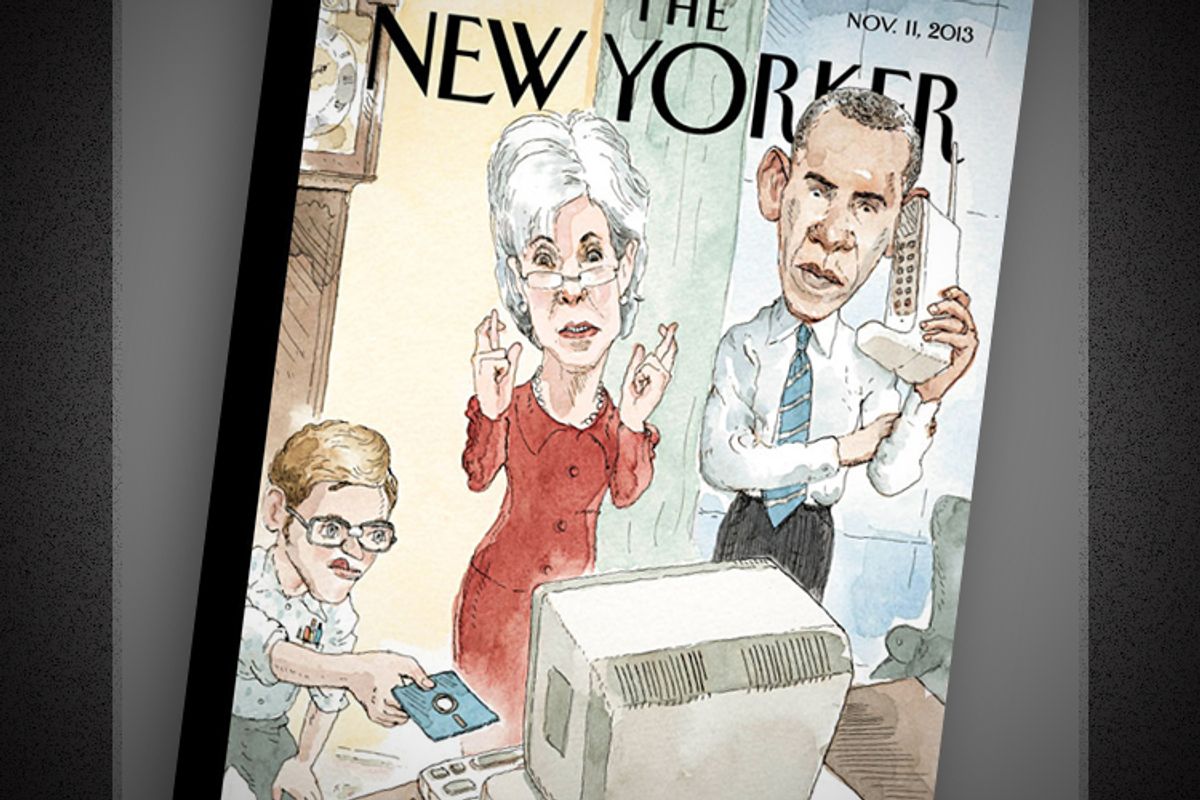 Jon Stewart isn't the only one mocking the Obamacare website, which is still suffering from glitches a full two weeks after its launch. Next week's New Yorker cover, illustrated by veteran cartoonist Barry Blitt, lampoons U.S. Department of Health and Human Services head Kathleen Sebelius and President Obama, who look on helplessly as a young consultant stuffs a floppy disk into a desktop computer, circa 1998. From the New Yorker:

“When I heard that the troubled Obamacare Web site was built by a Canadian company, of course I felt personally responsible,” says the Montreal-born Barry Blitt, who drew next week’s cover, “Reboot.” “I’ll be happy when the glitches are all worked out and everything’s running smoothly, so I can put this all behind me,” he concludes.