The underground tunnel running from Tijuana to San Diego had ventilation, electricity and its own rail system 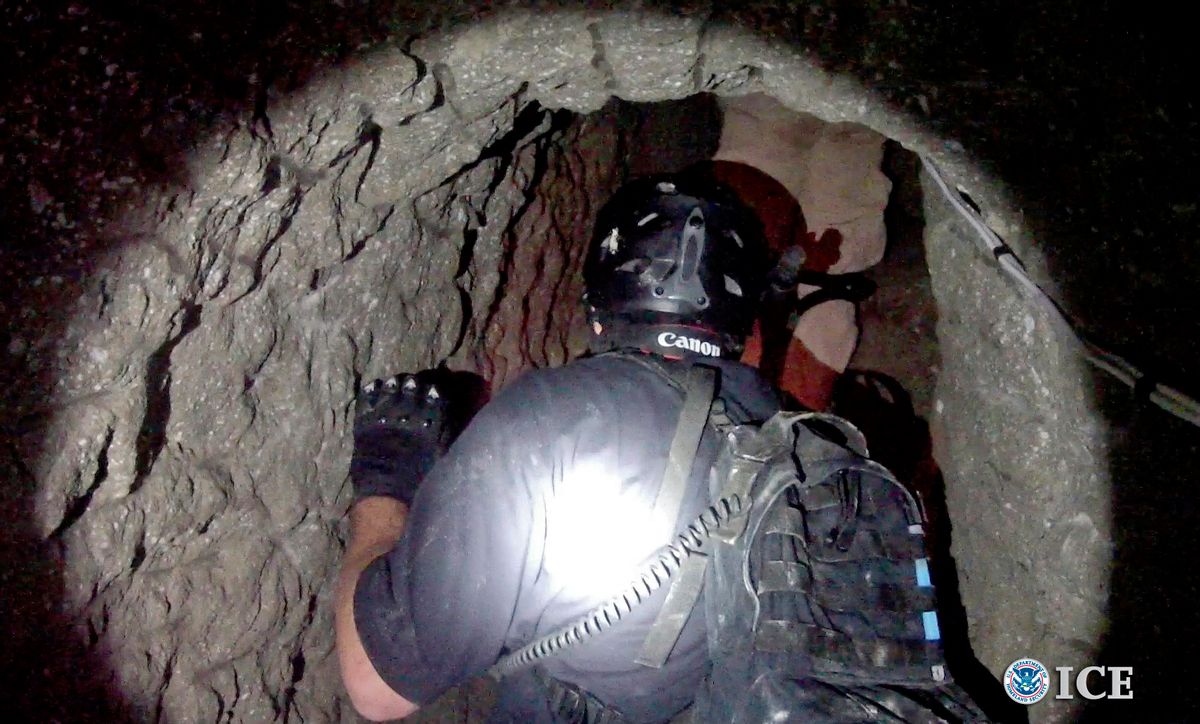 US Immigration and Customs Enforcement described the tunnel as "a just completed, highly sophisticated underground passageway."

More than eight tons of marijuana and 325lbs of cocaine were seized from the recently finished tunnel, located near Tijuana's airport.

It hasn't been utilized," ICE spokeswoman Virginia Kice said late Wednesday. "We were able to shutter it before it was utilized to bring drugs into the interior."

The tunnel was discovered by the San Diego Tunnel Task Force, which includes members of ICE, the US Customs and Border Protection, and the Drug Enforcement Administration.

The investigation is ongoing.

Over the past five years, nearly four dozen tunnels have been found under the Mexican border, mostly used for smuggling drugs into the US.

The tunnels, usually financed by drug cartels, are common in the San Diego area because of its many warehouses in close proximity to the border.