"SNL" admits that it needs a black female cast member 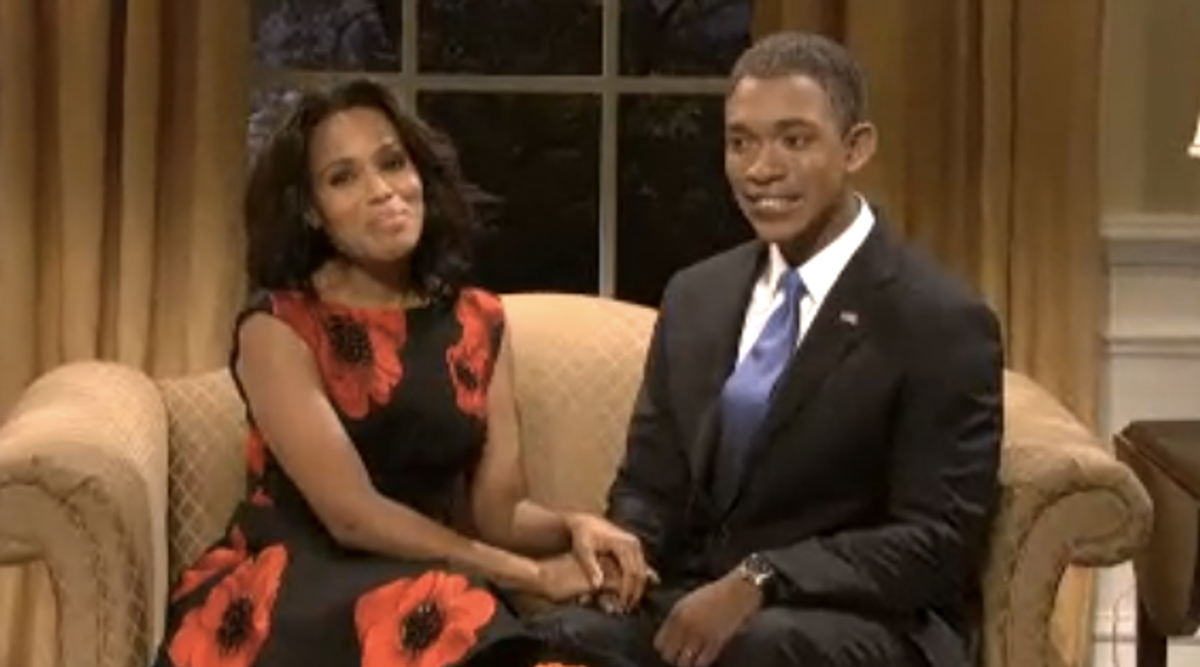 For the second time this season, "Saturday Night Live" has acknowledged criticism that, upon hiring six white cast members and having no black women, the show has a major diversity problem. In the show's cold open, "Scandal" star Kerry Washington, who is the first black female to appear on "SNL" since Maya Rudolph guest-hosted in 2012, played First Lady Michelle Obama, Oprah Winfrey and Beyonce -- roles that might have otherwise been assigned to cast member Kenan Thompson, or could have been avoided altogether.

"It feels like years since I've seen you," Jay Pharoah said to Washington as President Obama, as the two waited for guests to arrive at a White House party.

Playing Obama's press secretary, Taran Killam then announced that Winfrey was waiting outside. He awkwardly prodded Washington, "So...don't you think you should get changed?" Meanwhile, as Washington exited to return as Winfrey and later as Beyonce, "six different Matthew McConaugheys" stormed into the Oval Office all at once.

Poking fun at itself, "SNL" also issued a direct apology to its critics:

The producers of "Saturday Night Live" would like to apologize to Kerry Washington for the number of black women she will be asked to play tonight. We made these requests because Ms. Washington is an actress of considerable range and talent and also because "SNL" does not currently have a black woman in the cast.

As for the latter reason, we agree that this is not an ideal situation and look forward to rectifying it in the near future...unless, of course, we fall in love with another white guy first.