The Celts were smarter than we think 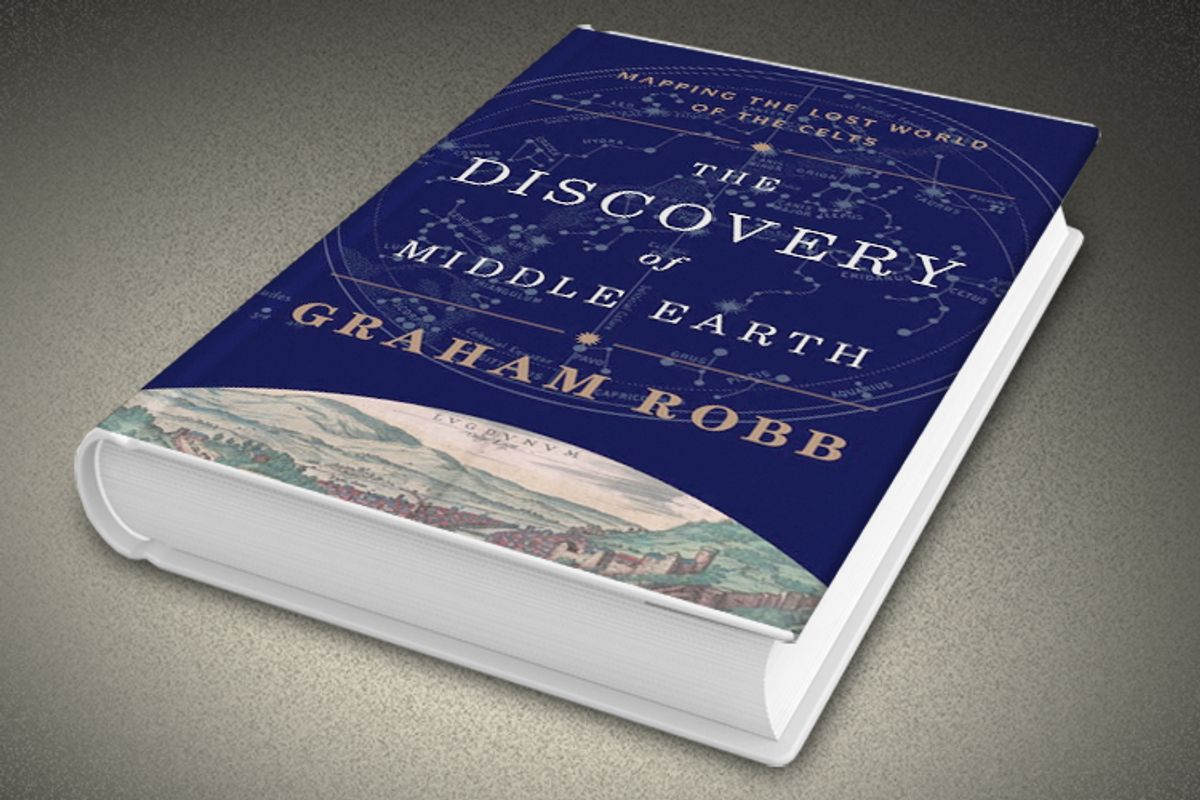 Graham Robb is an ambling historian. His best-known book, "The Discovery of France," was based on his travels over 14,000 miles of road by bicycle. France, he argued, is not the culturally homogenous whole it's typically assumed to be, but an assemblage of distinct and often insular local cultures. As Robb sees it, history, and especially its concealed but detectable residue, can be better understood up close, by putting your feet on the ground where it happened.

Perhaps fittingly, then, Robb's new book, "The Discovery of Middle-Earth," constitutes a detour. I should state immediately that this work has nothing to do with J.R.R. Tolkien, and was published under the title "The Ancient Paths" in the U.K., where Robb lives. But "The Discovery of Middle-Earth" might well appeal to the more cerebral and historically inclined portion of the Tolkien fan base, and the title is not inappropriate: Long before Tolkien adopted the name Middle-earth for his imaginary land, the term was used by Celtic and Nordic people for the world we inhabit, halfway between the realm of the gods and the underworld.

It's the Celtic version of Middle Earth that interests Robb. He was researching a new book by biking along a very old road called the Via Heraklea, which, according to legend, ran from a promontory in Portugal (considered the edge of the known world in classical times), through the Pyrenees and the Alps to Liguria in Italy. The road was said to have been laid down by the Greek hero Hercules, but only fragments of it have survived to modern times, and parts of its course have long been a subject of contention. "In its original, mythic incarnation," he writes, "the Via Heraklea marches in a straight line like the son of a god for whom a mountain was a paltry obstacle."

Robb found that if he plotted out the trajectory of this line, it strikes an Alpine pass where sits a spring sacred to the Celts who also associated it with Hercules. In addition, this trajectory follows the angle of the rising sun at the winter solstice as it would have been 2,000 years ago. Another phenomenon that intrigued Robb were six place names along the Via Heraklea that are variants of "Mediolanum," a name given to about 60 known sites in the ancient Celtic world of continental Europe. (The Italian city Milan is one of them.) Mediolanums are somewhat mysterious, as they seem to have had some significance, yet many of them are in the middle of nowhere (now and historically) and devoid of the religious artifacts typically found at sacred sites. Why were so many of them near the Via Heraklea, and was there some significant connection?

In short, yes, at least according to Robb. "The Discovery of Middle-Earth" is very much Robb's own discovery -- of what he asserts to be a magnificent, overarching, gridlike pattern, based on the heavens, determining the Celtic settlement of Europe during the Iron Age. At one point, Robb got on his bike (with an unnamed friend) and set off across country, following equinoctial and meridian lines. He describes finding the ruins of temples, forts and towns, questioning assorted experts and slowly assembling this daring theory. Once, while traveling through Picardy, his little expedition stumbled upon "the water-repellent roof of reed thatch and the tan-colored daub of an Iron Age house," complete with turf fire and an "ancient Gaul" tossing a plaid cloak over his shoulder. The man turned out to be playing a part in an educational exhibit, but since Robb felt like a "visitor to the Iron Age" as it was, the encounter was propitious.

If there were ever an example of history being written by the winner, such is the case with the Celtic civilization that inhabited and at times dominated Europe between about 800 BC to AD 600. This culture was proto-historic: Although the Celts were literate, none of their writings survive, so the only contemporaneous accounts we have were written by Greeks or Romans. The most famous of these is Julius Caesar, who knew these people as the Gauls and conquered them in the Gallic Wars. According to Caesar and other classical historians, the Celts were a loose confederation of warlike and barbaric tribes -- albeit, with a learned priestly class called the Druids -- who practiced human sacrifice. Romans regarded the Celts in much the same way that Europeans viewed Native Americans, sometimes as noble savages, but as savages all the same.

This picture of the Celts has been slowly corrected over the years, but when Robb visited an underground archaeological site in southern France recently and suggested that some of the remarkably durable engineering in evidence might have been Gaulish in origin rather than Roman, the guide laughed in his face. So to propose, as Robb does in "The Discovery of Middle Earth," that the Celts were consummate astronomers and surveyors flies in the face of persistent popular conception. The peculiar rhomboid shapes of many Celtic structures have provoked derision, for example (they can't get anything straight, etc.), but Robb believes that, in fact, the shapes correspond to a method for plotting the circumference of an ellipse using two posts and a string. (If you happened to catch the movie "Agora," you saw Rachel Weisz demonstrate this technique in the role of Hypatia of Alexandria describing the orbit of the earth.)

As Robb's investigations -- in libraries, with digital maps and on the road -- progressed, he found more and more reason to question the old picture of Celtic backwardness. Romans get credit for building most of Europe's early roads, but Caesar himself remarked on how quickly the Celts were able to travel, and chariots excavated from Celtic tombs have wheels too delicate to have survived unfinished terrain. Robb is particularly good at ferreting out aspects of the landscape that have endured for centuries or even millennia. New roads tend to be laid down on existing ones, so "a large-scale modern map is not just a snapshot of the network at a given moment, but a multidimensional scan that reveals all the successive strata that make up the present roadscape." He also believes he has identified a network of shouting stations used by the Celts as a kind of telegraph, allowing news to travel throughout the region with a speed that astounded the Romans.

Above all, Robb believes that the expanding settlement of this famously mobile people was meticulously designed to follow a precise geographical pattern adopted from the skies, "a weirdly accurate projection of the upper world onto Middle Earth." This would have been no easy task for scientists who lacked certain astronomical instruments; it would require familiarity with trigonometry and other advanced geometrical knowledge. The Druids, obviously, would have been the ones to oversee this project, as "coordinators of an immense work of art that was one of the most ingenious and effective federal systems ever devised."

Robb acknowledges in passing that nowadays "sacred geometry" can be a kook magnet. For me, the very term (a legitimate one from ancient philosophy and aesthetics) conjures up "Da Vinci Code"-style obsessives applying protractors to famous paintings in search of clues to the location of Mary Magdalene's tomb. It's a problem of human nature that we are prone to looking at a handful of facts, such as points on a map, and convincing ourselves that they are connected in meaningful ways. Robb would inspire more faith in his conjectures if he were not so extravagantly speculative about the Druids and their training. There are absolutely no original sources on this aspect of Celtic society (which according to the Romans had some sort of prohibition against writing their teachings down). Robb is too ready to offer up imaginings of the educational system that must have produced the people capable of the sophisticated feats of geography he can't prove they performed in the first place.

Still, it's thrilling to be reminded that, in Robb's words, "only fragments of ancient wisdom have survived." Robb holds up the example of the Antikythera Mechanism, a Greek geared device made of bronze and wood, found in 1900 among the cargo of a shipwreck dating back to the first century BC. Used to calculate astronomical positions, this gadget is essentially the first analog computer, the only such device ever found from that period. "No one could possible have known from the written record that such a thing had every existed" before the Middle Ages, Robb observes, and he's absolutely right about that. There have surely been more things in heaven and Middle Earth than are dreamed of in our current philosophy, which is why it's so important to go on dreaming and searching for them.