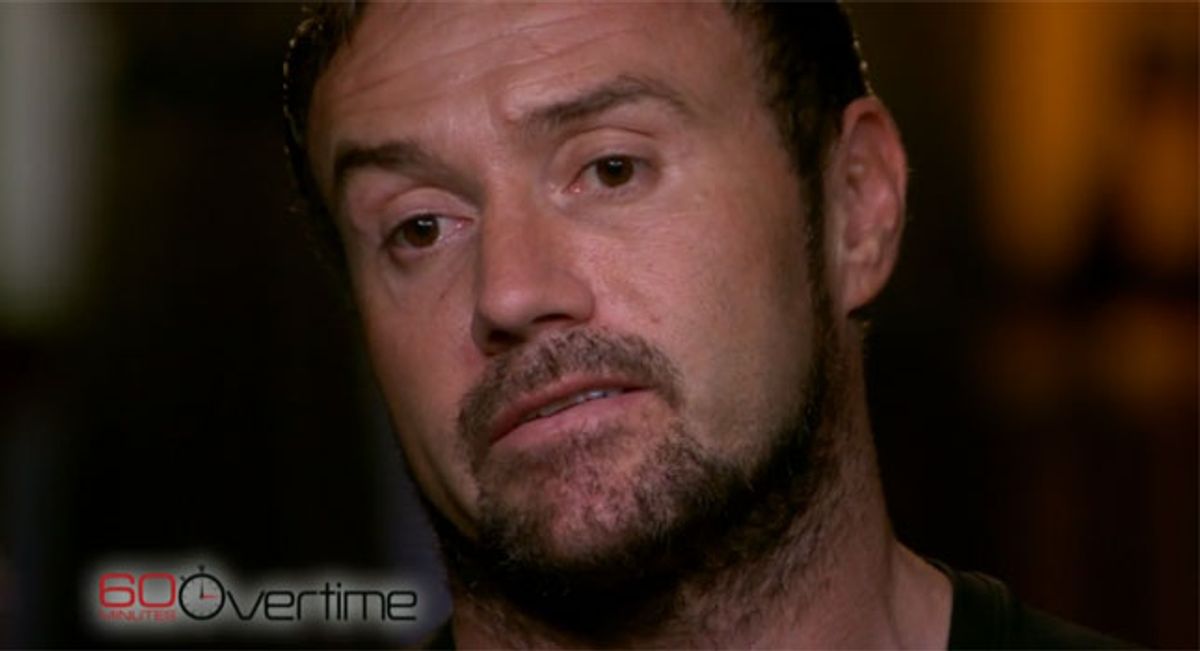 Veteran journalists and media watchdog MediaMatters have called upon CBS's "60 Minutes" to retract an Oct. 27 segment based on a report by a British security officer who claimed to be an eyewitness on the ground at the Benghazi attack.

According to Media Matters and the Washington Post, Dylan Davies, who went by Morgan Jones in the "60 Minutes" interview, fed reporters a different account of events than what he gave his superiors in an incident report obtained by The Washington Post. According to the Post, Davies "wrote that he spent most of that night at his Benghazi beach-side villa. Although he attempted to get to the compound, he wrote in the report, 'we could not get anywhere near...as roadblocks had been set up.'"

In an interview with The Daily Beast, Davies maintained that the version of events on "60 Minutes" is correct, but that "he lied to [his supervisor] about his actions that night because he did not want his supervisor to know he had disobeyed his orders to stay at his villa."

Media Matters says of the inconsistency in Davies's accounts:

In addition to his interview with CBS and the incident report, Davies claims he discussed the Benghazi attack with FBI and State Department officials. He has also written a memoir of the night titled The Embassy House. According to Davies, the incident report is the only account that is inconsistent, but his admission that he purposefully disobeyed and misled his employers calls into question the validity of his current version of the events that night.