"SNL" may not have solved its problems, but Washington's hosting turn showed how pivotal her show's become 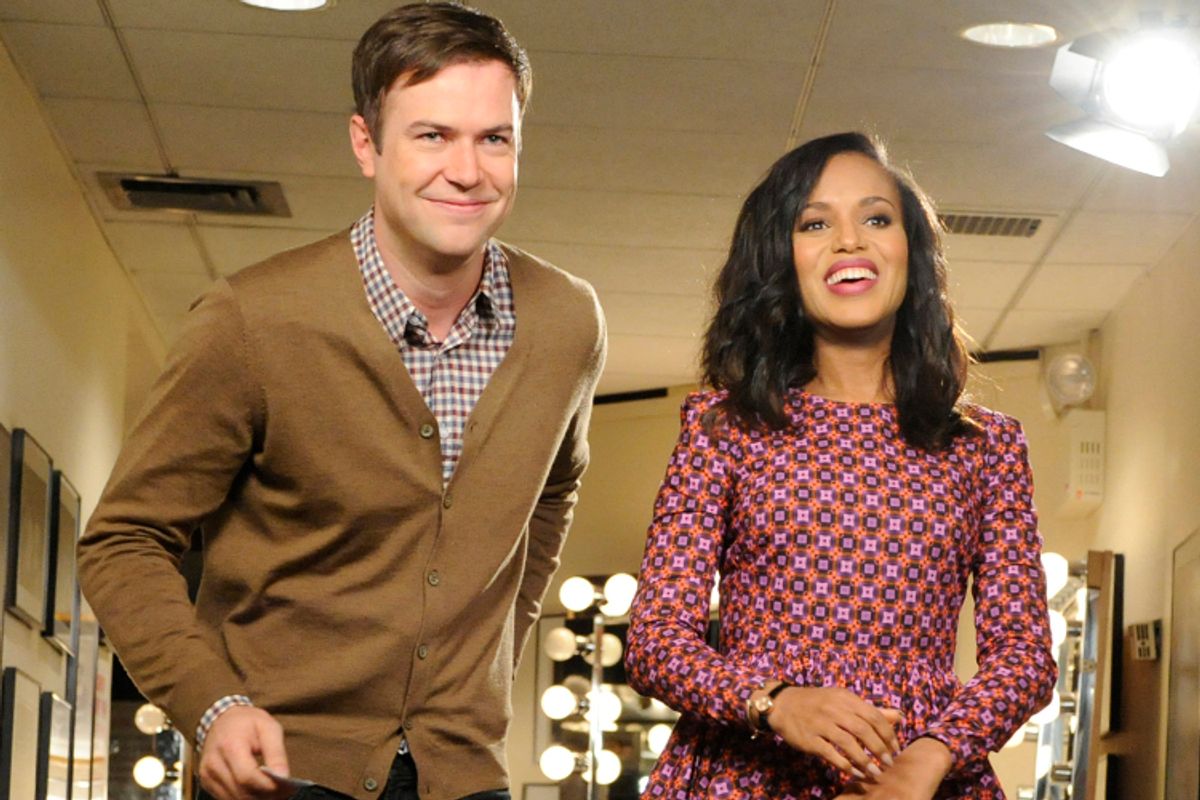 This weekend, Kerry Washington, star of the hit drama "Scandal," hosted "Saturday Night Live." Prior to this Saturday's episode, many journalists and culture critics used Washington's upcoming appearance as an opportunity to drill down on "SNL's" much-reported lack of diversity. I have very little to add on that score except to say that I always looked forward to Kenan Thompson's Whoopi Goldberg impression no matter what it signaled.

Now that Washington's episode has aired, some are saying that -- although funny -- the show did not excuse the fact that "SNL" does not boast a single black, female cast member. The opening skit did, in fact, make light of "SNL's" race controversy and suggested that Lorne Michaels and co. will address the problem at their leisure or, quite possibly, not at all. It was punctuated by a cameo from Al Sharpton who pretty much affirmed that this sketch -- and by extension, the remaining minutes of the broadcast -- was not intended to rectify jack.

I agree that the episode was mostly funny; I laughed as hard as I have at any edition in recent memory. I also concede that there aren't enough black female players on "Saturday Night Live" because, yunno, there aren't any. But I don't agree that last night was an utterly meaningless exercise as far as diversity is concerned. First of all, I reiterate, the show was funny, and much of that had to do with strong performances by Jay Pharaoh and veteran Kenan Thompson. Maybe there hasn't been a black female cast member since Maya Rudolph, but how long has it been since there was a black senior cast member receiving and maximizing as much air time as Thompson?

Secondly, "SNL" butters its bread highlighting, twisting and skewering popular culture. "Scandal" is one of the highest rated and most talked about programs on television. The show has a black woman as its face and a black woman -- creator Shonda Rhimes -- behind the scenes.  It's a testimony to both women's ascendance into the public consciousness that Washington was chosen to host the show.

Not only did she acquit herself admirably by hitting her lines and landing her jokes as well as any guest host could be expected, Washington's presence underscored "Saturday Night Live's" lack of diversity in one very important but overlooked way: With an undeniable hit show in prime time and a devoted national audience tweeting her catchphrases, Washington, herself, is fit to be lampooned by a cast that does lesser TV parodies as a matter of course. Forget seeking equal opportunity. Forget breaking race and gender barriers. Any black female comics out there looking to impress Lorne Michaels at this point ought to be boning up on their Olivia Pope impressions.