Democratic Rep. Mike Michaud writes coming-out Op-Ed, but says his sexuality should have no bearing on campaign 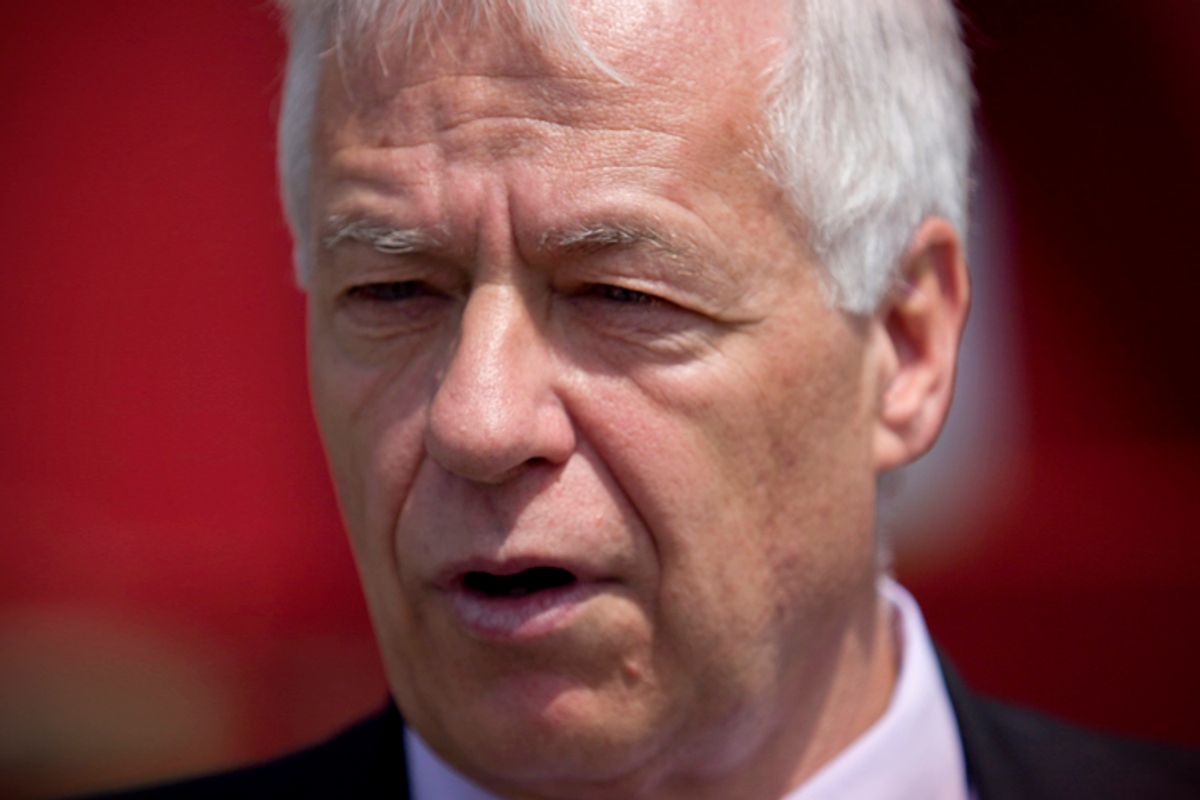 Responding to "whisper campaigns, insinuations and push-polls" intended to derail his bid to be the next governor of Maine, Democratic Rep. Mike Michaud has come out as gay in an Op-Ed for the Bangor Daily News.

"Once I jumped to an early lead in the polls," Michaud writes in his Op-Ed, "I knew it was only a matter of time before individuals and organizations intent on re-creating the uncertainty that led to our current governor’s election three years ago would start their attacks."

Michaud says he "wasn't surprised" to hear of the whisper campaigns being launched against him, and offers to "save [those responsible] the trouble with a simple, honest answer: 'Yes, I am. But why should it matter?'"

"That may seem like a big announcement to some people," Michaud writes. "For me, it’s just a part of who I am, as much as being a third-generation millworker or a lifelong Mainer. One thing I do know is that it has nothing to do with my ability to lead the state of Maine."

Michaud writes that his background "in a large Franco-American Catholic family" has conditioned him not to speak about himself, but that he has decided to pen the Op-Ed so as to "let my opponents and the outside interests who fund them know that I am not ashamed of who I am."

Michaud says that "if seeing someone from my background, in my position, openly acknowledge that fact that he's gay makes it a little bit easier for future generations to live their lives openly and without fear, all the better."

More from Michaud in the Bangor Daily News:

I don’t plan to make my personal life or my opponents’ personal lives an issue in this campaign. We’ve had enough negativity in our politics and too many personal attacks over the last few years. We owe it to the people of Maine to focus on how we get our state back on track.

We need to create an economy that works for everyone; expand access to affordable health care; invest in our infrastructure to help Maine’s businesses, farms and fisheries expand to new markets; and ensure that all children — regardless of where they live — have access to a world-class public education.

We need to remind people here and across the globe that Maine is a wonderful place to live, go to school, raise a family, start a business and retire.

Now more than ever, we need a leader with the experience and temperament to bring people of different ideologies — Democrats, Republicans, independents and Greens; CEOs and labor leaders; sportsmen and conservationists — together. That’s something I’ve spent my entire career in public service doing, and it’s what I will continue to do if elected by the people of Maine to be your next governor.