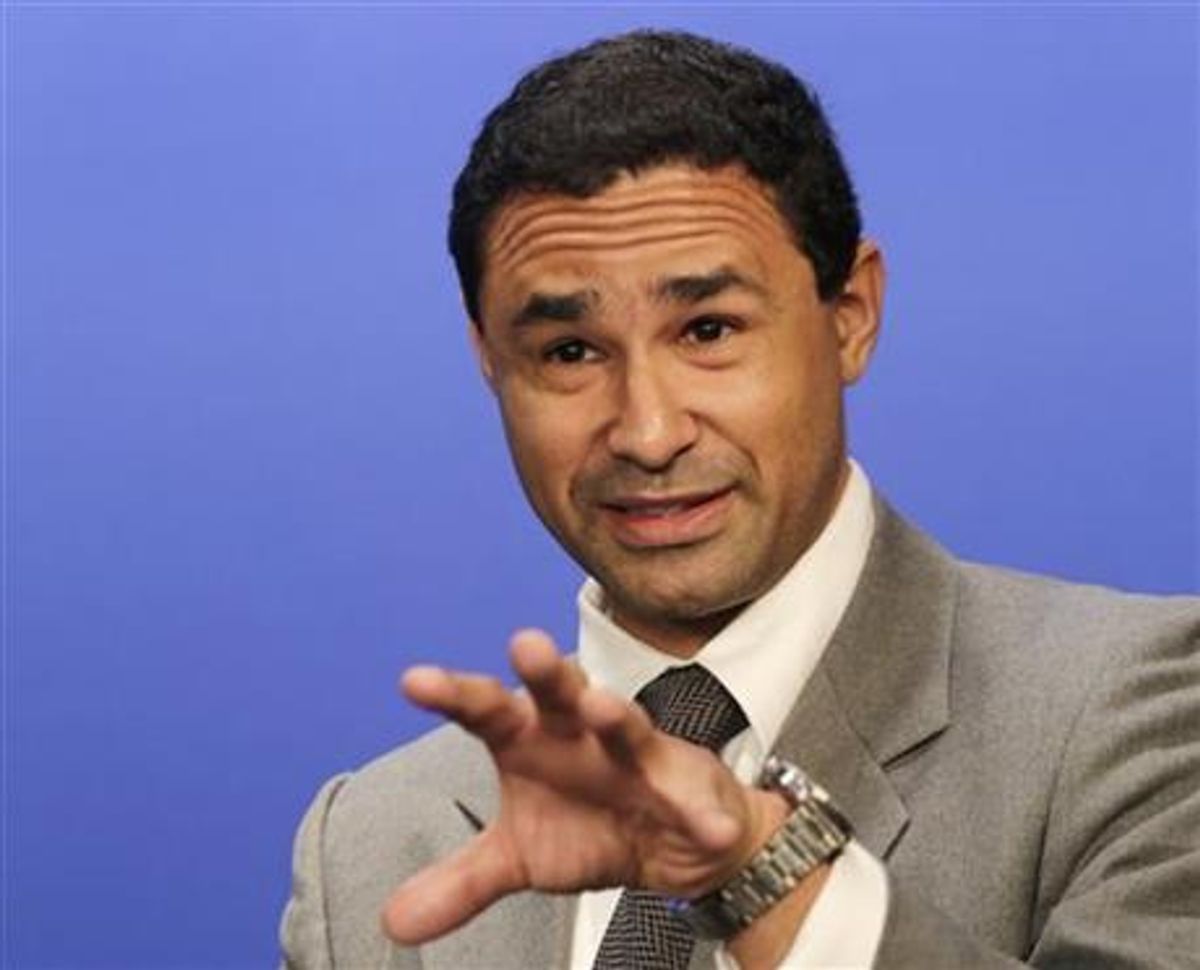 NEW YORK (AP) — They're in a mystical business with few guarantees, so perhaps anyone could foresee tension between psychics and the law.

In two prominent examples, self-declared clairvoyants were recently convicted of big-money scams in New York and Florida, where one trial featured a romance-writing titan as a victim. But beyond those cases is a history of legal wrestling over fortunetelling, free speech and fraud.

While the recent trials involved general fraud charges, numerous cities and states have laws banning or restricting soothsaying itself.

Authorities say they aim to distinguish between catering to people's interest in the supernatural and conning them. Still, some psychics feel anti-fortunetelling laws are unfair to them and to people who believe seers have something to offer.

New York psychic Jesse Bravo decries seers who make impossible promises or press clients to consult, and pay, them frequently. "There are a lot of predators out there," he says.

But Bravo, an investment banker who moonlights as a medium, rues the disclaimer he's compelled to give clients: Readings are for "entertainment only." Unless solely for amusement, telling fortunes or using "occult powers" to give advice is a misdemeanor under New York state law.

For all those who discount psychics, a 2009 survey for the Pew Research Center's Religion & Public Life Project found about one in seven Americans has consulted one.

Some visits evolve into extended — and expensive — relationships.

Best-selling historical-romance novelist Jude Deveraux paid psychic Rosa Marks about $17 million over 17 years, she testified at Marks' recent federal fraud trial in West Palm Beach, Fla., according to newspaper reports. The psychic said she could transfer the spirit of Deveraux's dead 8-year-old son into another boy's body and reunite them, among other claims, the writer said.

"When I look back on it now, it was outrageous," she testified. "I was out of my mind."

Marks' lawyer argued that Deveraux's account was unreliable and that Marks was being blamed for some relatives' confessed schemes.

Marks, based in New York and Florida, was found guilty and could get up to 20 years in prison on the top charge alone when sentenced this year.

Two weeks later, a Manhattan jury convicted seer Sylvia Mitchell of bilking two clients out of tens of thousands of dollars. Mitchell linked their problems to past lives and "negative energy" and prescribed cures such as giving her five-figure sums "to hold," according to testimony.

Mitchell's lawyer said her psychic efforts were sincere, even if their effectiveness wasn't proved — or disproved. She's due to be sentenced this month, with the top charge carrying up to 15 years in prison.

A private investigator who specializes in such cases says they're about proving clients were exploited, not about passing judgment on clairvoyancy.

In such cases, "you're dealing with a confidence scheme," says Bob Nygaard , who's based in New York City and Boca Raton, Fla. "It becomes clear to you the script (the psychics) are following."

Some states and communities have concluded fortunetelling is so rife with rip-offs that it should be regulated or prohibited, at least as a paid business.

Many laws are decades old. But the Detroit suburb of Warren in 2010 began requiring many psychics to get licenses that entail fingerprinting and criminal background checks.

Meanwhile, St. Johnsbury, Vt., repealed its venerable soothsaying ban in 2008 amid concerns that it outlawed feng shui, the traditional Chinese practice of harmonizing one's environment for health and financial benefits.

"Fortunetelling may be pure entertainment, it may give individuals some insight into the future, or it may be hokum," but Montgomery County's prohibition on paid psychic readings has "a chilling effect on constitutionally protected speech," Maryland's Court of Appeals wrote in 2010.

But soothsayers need to emphasize that they can't pledge complete accuracy, Greer says. She tells clients to see her as a guide who helps elicit their own insights.

"I'm totally upfront with the fact that I believe the most important information they get is going to come from themselves," says Greer, based in Nevada City, Calif.

She, Bravo and some other psychic readers say they make it a point not to see any given client more than once or twice a year.

"If people call and want continuing psychic readings with me after the first one," says Manhattan Beach, Calif.-based psychic and online radio host Linda Mackenzie, "I tell them they probably need to see a psychoanalyst."