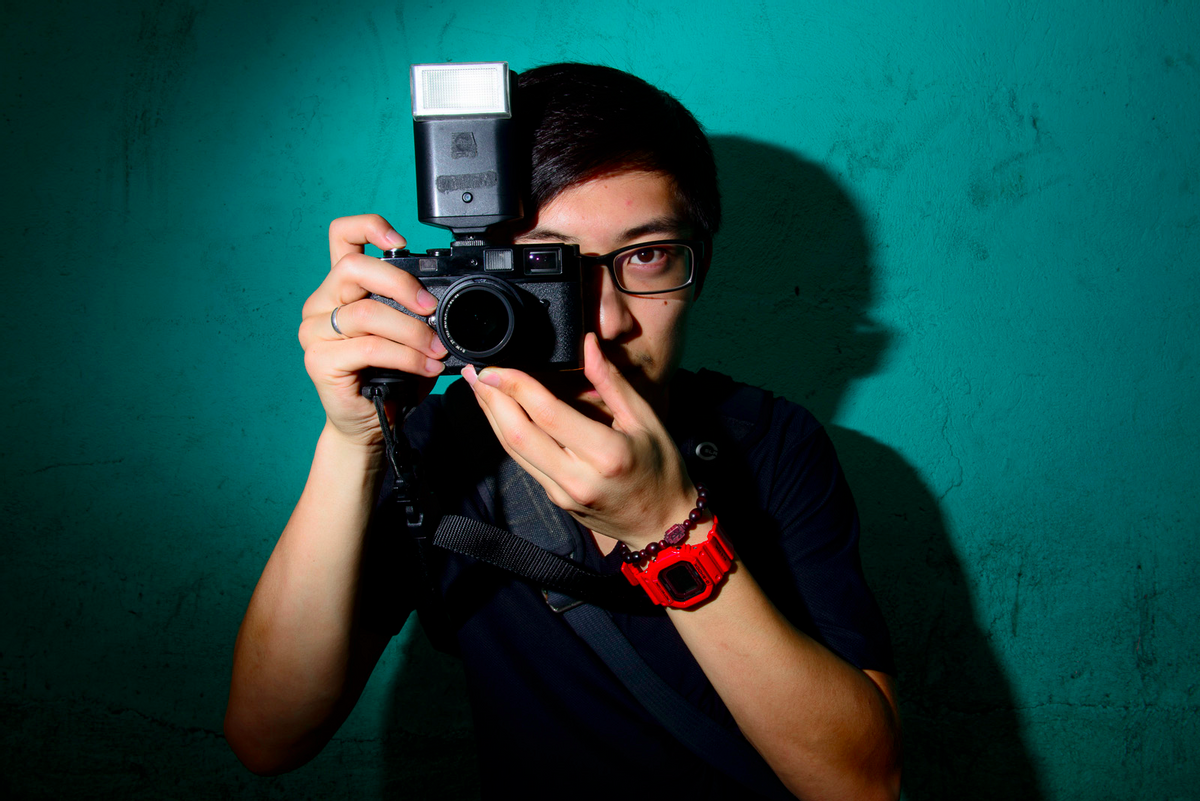 This is the fifth installment in the new "Inspiration Foundations" series, featuring contemporary visionaries who've found inspiration in cultural icons who were Born in 1928. The series is brought to you by Cole Haan. For more stories, click here.

One of Elliott Erwitt’s first published photos was of a Chihuahua next to a lady’s shoes. Dogs would remain one of his favorite memes—with four published books of canine portraits—as would his witty social commentary. Invited to join the Magnum agency in 1953, Erwitt became renowned for his visual storytelling, capturing funny—and sometimes absurd—moments from Main Street to Pennsylvania Avenue. Most recently Erwitt, now in his 80s, adopted an alter ego, André S. Solidor, as a send-up to the sometimes pretentious art world.

For street photographer Eric Kim, Erwitt’s visual candor has inspired him to see himself as a sociologist with a camera, seeking out images that not only say 1,000 words, but crack a joke while doing it.

Have you ever met Elliott Erwitt in person?
I had the honor of meeting him briefly at a Leica/Magnum party in Paris about two years ago. I saw him from far away and was starstruck. I tried to muster up the courage to go talk to him, hoping I would have some sort of deep philosophical conversation about photography. But by the time I had built up the nerve to approach him and say hello, all I could muster up were the words: “Do you mind if I take a photo with you?” He grinned and said, “Of course.” So we took a photograph together. I felt pretty embarrassed afterwards for sounding like such a giddy fanboy, but the experience of meeting him was definitely worth it.

How has he inspired your work?
One thing that inspires me most about Erwitt’s work is his tenacity. His career has spanned more than 50 years. There are very few photographers who have had such an impact in the world of photography, and have been as prolific as him. Even at the age of 85, he’s still producing new work and taking photos, from what I hear, daily.

I also love how Erwitt shoots for himself, and doesn’t take himself too seriously. Being surrounded by his Magnum counterparts, who are famous for taking “hardcore” journalism and conflict photography all around the world, he stays true to himself. I think he has a great sense of humor and lightness about the world, which comes through in his work.

How did you get your start?
I first started shooting street photography when I was 18, when I started college. I was studying sociology at the time, and my interest in photography started at the same time. In sociology, I learned about society, groups, people, and how they interacted. I have always been fascinated by humans and human behavior, and street photography was a natural extension of this. At the end of the day, I see myself less as a photographer and more as a sociologist with a camera.

What projects do you have coming up?
I’m currently working on a project called “Suits,” which I hope to publish as my first book within the next 10 years. I used to work in the corporate grind and I started feeling trapped by it and suffocated by my work. When I first started I was excited and optimistic, but then I found myself becoming jaded by the whole rat race. I found myself becoming more and more materialistic and I was surrounded by people who were making far more money than I was. I started to lust after a new BMWs, electronics, and expensive clothing.

Fortunately, I got laid off from my old job, which gave me the opportunity to pursue my street photography full-time. My “Suits” project is a reflection on that time. Through it, I want to show others that making a ton of money in the corporate life isn’t necessarily the key to happiness. In many ways, it’s just the opposite.

How do you hope to inspire the next generation?
I hope to spread the notion of “open source photography,” which means to keep information pertaining to photography open and free to share with the world. I make it a point to share all of my articles, videos, and books online for free, and I wish to give access to aspiring street photographers who don’t have the money or resources to pay for it. Photography schools can be incredibly expensive, and if you don’t have rich parents, you might miss out on opportunities, which is why I want to share the lessons I’ve learned in street photography with the world.

It’s also a way to showcase the work of other talented photographers who might not be as well known. At the end of the day, if I have helped or inspired just one kid, maybe even that one kid with a single mom who might be struggling in life to use photography as a creative outlet, then I have done my job in this world.