"Calling a company evil is easy": Climate Corp head explains why he joined up with Monsanto

The agriculture giant isn't nearly as bad as its reputation makes it out to be, writes David Friedberg 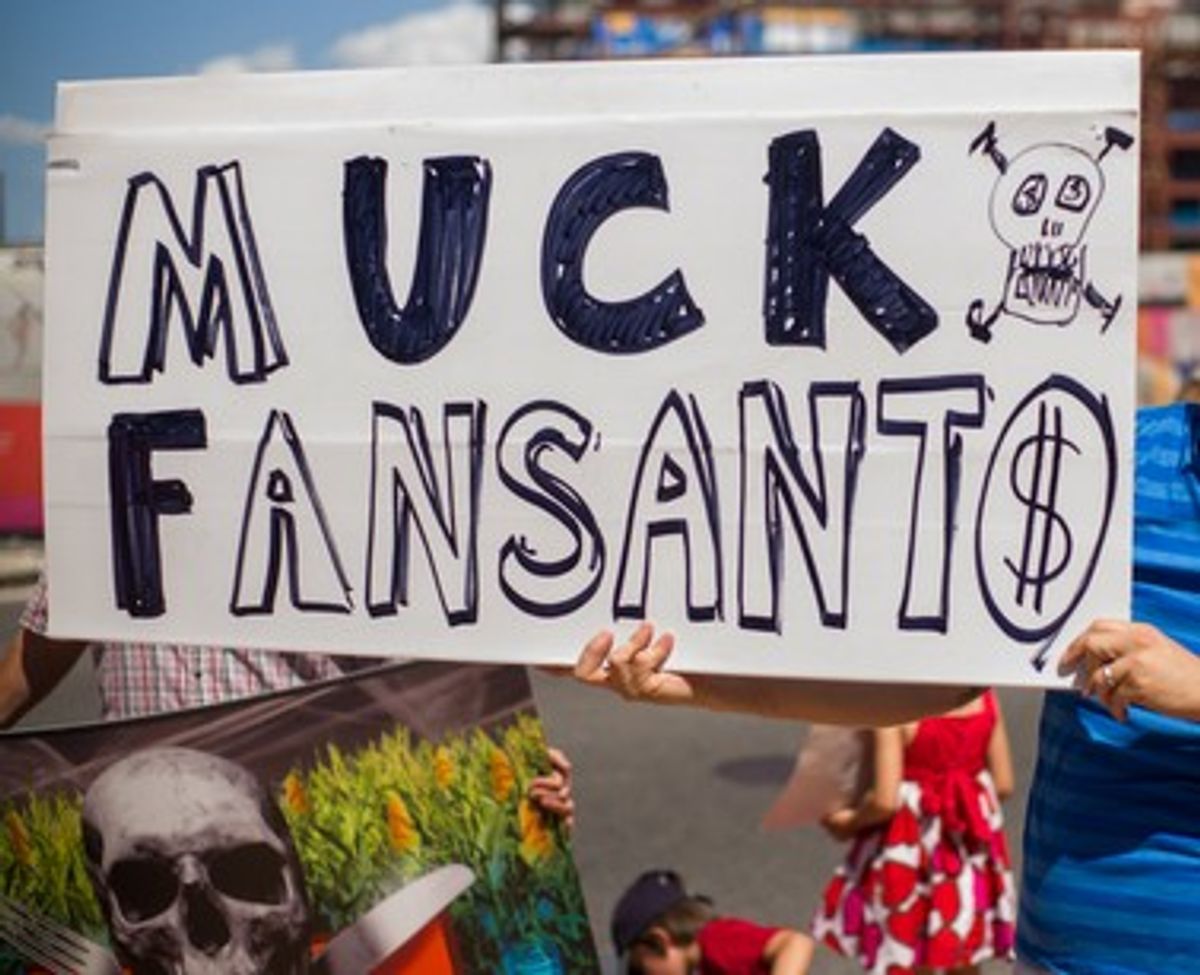 Last week, news emerged that agriculture giant Monsanto had paid $930 million to acquire the Climate Corp. -- a tech firm that compiles detailed weather and soil information for farmers, with the goal of helping them to adapt to climate change and ultimately become more productive.

Mother Jones listed the merge as the first of "5 Ways Monsanto Wants to Profit off Climate Change." The New Yorker's Michael Specter, who had just written an in-depth feature about the Climate Corp., writes that he, too, was surprised by the decision, which appeared to be an obvious sellout to a company whose name is synonymous with evil.

In attempt to explain the decision to outside critics and the company's own employees, David Friedberg, the Climate Corp.'s chief executive, wrote a lengthy letter that he shared with the New Yorker. In it, he acknowledges the knee-jerk liberal reaction to anything involving Monsanto, then attempts to move beyond it:

When I shared the news with my dad recently, his first reaction was “Monsanto?! The most evil company in the world?! I thought you were trying to make the world a BETTER place?” Now, my Dad has a bit of a dramatic flare (might be where I get it from), generally tends towards reading “liberal” blogs as his primary news source, and likes to quickly jump to big hefty conclusions, but I was not prepared for the sort of reaction I got from him. In fact, it hurt to hear this from my close family—especially after all of the work needed to get to this point and with so much excitement about what was ahead; to be chastised for this exciting decision was really really hard.

"Calling a company evil is easy," Friedberg wrote, comparing it to his experience of working at Google when it first introduced AdSense ("In addition to “reading your emails”, Google was accused of storing all your email for the Federal government to read, and Google now CONTROLED ALL YOUR INFORMATION"). His point is that that, over time, we all learned to love Gmail. And if we can extend that benefit of the doubt to Google, why can't we do the same from Monsanto?:

Did you know: Google sues more of its customers each year than Monsanto does? Google spends 3 times as much as Monsanto on Federal lobbying? There are more ex-Googlers in the Obama administration than there are ex-Monsanto employees?

I could go on. But a lot of the “bad things” being said about Monsanto are simple truths about the nature of doing business at scale...It seems to me that innuendo, anecdotal evidence, and out of context facts are used to support a simple statement—“the company is evil”—and are rooted in a lack of understanding and fear of the unknown.

After establishing his green cred (vegetarian, recycles, drives a Prius), Friedberg makes an appeal to science:

I am not the kind of person that would take easily to partnering with a company that “poison’s the world’s food system”, lays waste to the land, puts farmers out of business, or creates a monoculture that threatens the global food supply. I make decisions as a scientist. Since I was a kid, I’ve loved science, and believe that truth in the world comes from science. So, I have allowed myself to be informed by science and fact as I have explored this partnership opportunity for The Climate Corporation.

Humans have genetically engineered seeds for 11,000 years, primarily through seed breeding, where we “got rid of” the traits we didn’t want and introduced the traits we did. Modern advancements in science have allowed for those genetic advances to be much more organized and specific, rather than haphazard, over time. The notion of introducing specific genes into specific places to create a protein that did not evolve through a natural process has been a breakthrough—one that is hard to understand and comprehend, but powerful in its implications. And through science, we can study the efficacy and risks of this technology. I have read the science—it was not a short and easy effort. And I think Monsanto has created amazing and safe technology. It took me a while to get there. You should take your time, learn about their science, and I’m certain you will get you there too.

"It is not possible to assert publicly that Monsanto is anything other than venal without being accused of being a sellout, a fraud, or worse," Specter comments, and even a 2,500 word screed might not be enough to change that. But whatever you call Friedberg, you can't say he's not earnest.