"Homeland" has a Muslim problem 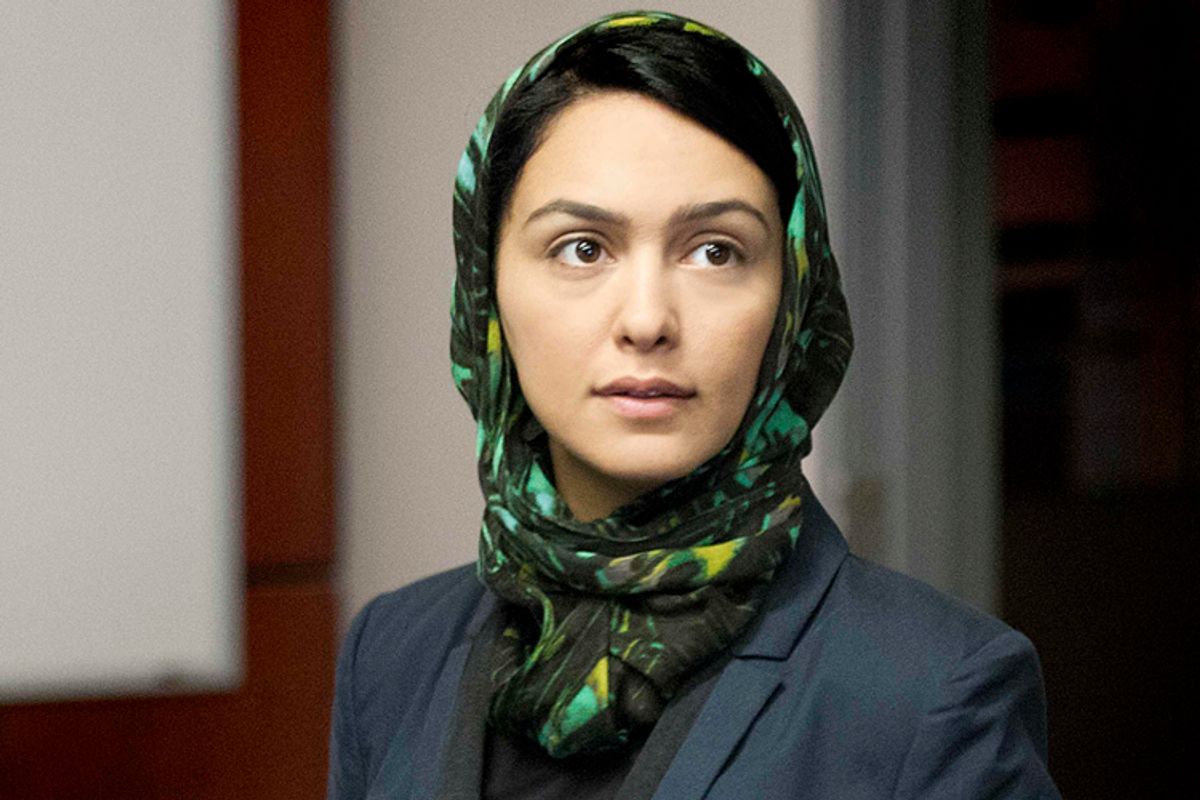 "Homeland" has, or more precisely, has had, a lot to recommend it. The show's depiction of Nicholas Brody (Damian Lewis) and his conflicted feelings about America and its role in the world -- and the actions he took against America in the show's early going -- were among the most realistic depictions of the contemporary state of villainy available on TV. Brody's motivations, about which we learned little by little over the course of the show's halcyon first season, chimed brilliantly with an America in which the enemies of the state looked less like Osama bin Laden than like the uncannily familiar Dzhokhar Tsarnaev, people whose very American-ness made them interesting characters and upsetting Rolling Stone cover subjects. "Homeland," almost certainly inadvertently, met the anxieties of its moment, depicting a nation coming apart from within.

But in case any viewers forgot that the top-level talent producing the show came from "24," Fox's examination of the post-9/11 years, the show has hammered, hard, a particular suspicion of Muslims. Brody's anti-U.S. position, in the first season, was loosely associated with his conversion to Islam in a manner that felt more coincidental than causal; he'd been turned against the U.S. because of its drone strikes, not because of radical Islam. By the third season, "Homeland" is treating Islam like yet another of its cheap party tricks, like (spoilers ahead!) CIA agent Carrie's (Claire Danes) madness, which comes and goes, or her newly announced pregnancy. It's a fun twist, something that gives a jazzy frisson.

In the current season, a CIA analyst played by the Iranian actress Nazanin Boniadi has changed the temperature on "Homeland" without doing much of anything. Boniadi's character, Fara Sherazi, is explicitly a potential threat; in a show whose very nature lends itself to constant betrayal, the camera lingers over her rather anodyne presence as though her hijab signals treason in the offing. (This leer was particularly pronounced in the most recent episode, during which Fara's typing on a computer was treated almost lasciviously by the "Homeland" camera.) Indeed, the heretofore heroic character Saul (Mandy Patinkin) lectures Fara, early in the season, about how disrespectful her choice to wear a traditional religious garment is. Some other shoe will almost certainly drop, this being a series that burns through seasons' worth of plot in a few episodes -- but even if it doesn't, "Homeland" has created an atmosphere of paranoia around Fara that says more about its creators' viewpoints than it does about what Americans think of Islam.

Because it stands to reason in our reality that Islam is not equated with radical Islam -- indeed, the notion that an expert on international banking with cultural ties to the Middle East would be a yet more valuable asset for the agency, rather than a threat, never enters into Saul's calculations, or the show's. There are two issues at play here: One is that "Homeland" is not nearly a serious-minded-enough show to bear the strain of depicting anti-Muslim prejudice with any delicacy, if that's even the aim in the first place. The show deals in such messy and broad emotional strokes that it's impossible to know quite how seriously to take Saul when he rages against Fara, or Carrie, last season, when she fingered her Muslim colleague Galvez (Hrach Titizian) as the mole within the CIA. She was later revealed to be wrong; the show's treatment of the bombshell that Galvez was a Muslim and thus exponentially more likely to be in league with terrorists, was distasteful at best. The lack of moral seriousness around the show's treatment of Islam and of terrorism is why the show is at its best, these days, when it's moving quickly. Any time spent dawdling is time spent either in a completely irrelevant quagmire (hi, Dana!) or indulging troubling implications.

The other problem is that the reality of "Homeland" and the reality of our world cleaved significantly in the first season, and seem irreconcilable now. In our world, there has not been a major terrorist attack on America since Sept. 11, 2001, and the smaller-scale bombings and mass shootings carried out in the intervening 12 years have been carried out either by Muslims disconnected from global terrorist organizations, like the Tsarnaev brothers in Boston, or by non-Muslims, like the shooters in recent incidents in Aurora, Colo., Tucson, Ariz., and Newtown, Conn. On "Homeland," terror attacks attributed amid the haze of uncertainty to a global Muslim terrorists have taken the life of a vice-presidential aide, blown up Farragut Square, and crippled the CIA with a car bomb. A Muslim journalist (played by Zuleikha Robinson) in Season 2 exists as a tool of international terrorists and reveals herself, under interrogation, not merely to be politically concerned with retribution but to be fanatically committed to her cause.

"Homeland," like "24," operates on a set of fixed ideas about what the threats to America are. But "24" began shortly after the attacks of Sept. 11 and its hyper-paranoid style had outlived its relevance once the Bush administration ended. Viewers likely do not believe that threats against America emanating from the Middle East are a thing of the past. However, a perpetual security state devoted entirely to vigilance against the ultra-effective cabal of Muslim terrorists feels like a fantasy from 2004. Nicholas Brody's complicated relationship with Islam during the first season looks less, in retrospect, like a character note that helps to explain how difficult reentry into the U.S. has been and why he resents the drone strikes U.S. officials made, killing his adoptive Muslim family overseas. It looks, now, like the only way "Homeland" and its writers can conceive of someone wanting to do harm to America is by writing them as a Muslim.

It's truly rare to advocate for less diversity in casting, but if the only Muslims on "Homeland" are to be either real terrorists working in concert or simply imbued with the tantalizing possibility of terrorism, "Homeland" should move on. They can spend next season investigating threats from within.