The $99 iPhone app that could save your life

Why race to the emergency room when your chart can be available on your doctor's smartphone? 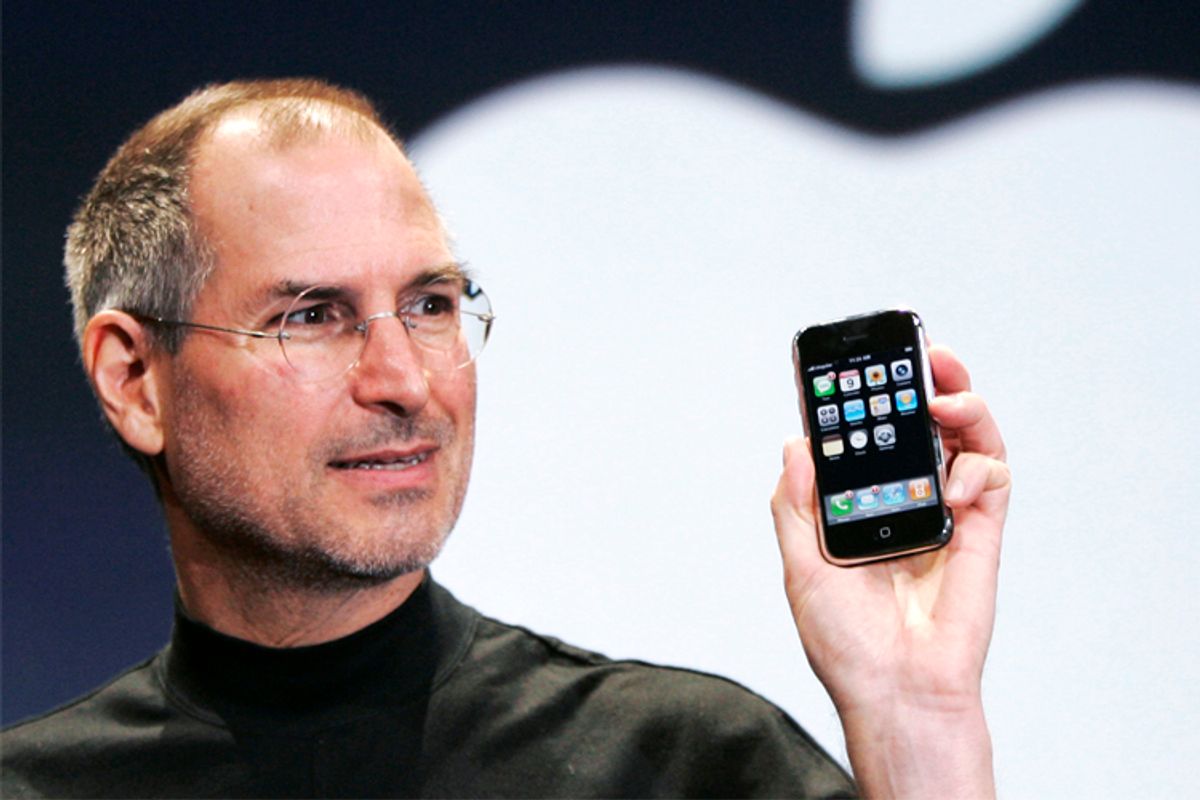 Cardiologist Eric Topol had just taken a seat on a cross-country flight last June when he received an urgent e-mail from a patient. The 63-year-old man’s heart was racing and he wanted to know what to do about it.

Receiving data from the patient’s $99 i-Phone app that analyzes heart rhythms, Topol was able to dispense advice --take a higher dose of medicine -- and calm his patient, who suffers from a dangerous condition called atrial fibrillation.

“It’s good I got on the Internet on the plane, otherwise he would not have had an answer for a long time,” said Topol, a genomics professor at the Scripps Research Institute in La Jolla, California who prescribed his patient an ECG Check app made by Park City, Utah-based Cardiac Designs. “Many times this helps keep a person from having to go to an emergency room.”

Devices once only in the hands of doctors, such as heart or blood pressure monitors, are now in the pockets of consumers, putting them in charge of their health and making medical care more accessible. Consumers are also increasingly armed with “wellness” apps -- simpler devices to monitor diets, exercise and weight to help them stay out of the doctor’s office -- that make up most of the 97,000 health related mobile-apps available.

The market for these apps is estimated to reach $26 billion by 2017, according to a March report by Research2Guidance, a Berlin-based consulting company. Most of the revenue will come from related services and products, such as monitoring devices and sensors, with just 9 percent of sales coming from downloads of the applications in the next five years, the report said.

Apps “engage the patient more closely with their own health care,” Murray Aitken, executive director of the IMS Institute for Healthcare Informatics, said in an interview. “When we talk to physicians that’s the No. 1 benefit of apps. Ultimately it’s about improving outcomes.”

Andrew Freeman, director of clinical cardiology at National Jewish Health in Denver, Colorado, tells patients “You’re the captain, I’m the navigator.” He uses CardioSmart Explorer, an app designed by the American College of Cardiology, on his iPad to give patients a better idea through graphics and animations of what their heart condition is doing to their body.

“I think having an empowered patient is a blessing,” Freeman, also a fellow at the ACC, said in an interview.

While the number of available health apps may be growing, quality and function vary widely, according to the IMS Institute for Healthcare Informatics, part of health-care data collector and researcher IMS Health. The group analyzed 20,000 health apps in the Apple Inc. iTunes store in an Oct. 30 report that found only about 5 apps account for 15 percent of all health-care downloads while more than 50 percent of health-care apps achieve fewer than 500 downloads, the report said.

Out of a score of 100, more than 90 percent of apps received a functionality score of 40 or less. In other words, consumers don’t find most apps all that useful.

“Apps can be health care in your hand,” Aitken said. “We’re not there yet but we expect we will be in five years.”

The Food and Drug Administration has embarked on a push to regulate apps that could impact health should they fail. Most apps, however, fall into the wellness category and won’t be subject to FDA scrutiny because they pose no risk to consumers should they malfunction. They range from tools that provide information on medications to help quitting smoking and losing weight. Many cost a few dollars or can be downloaded for free, like Lose It!, which helps people that want to lose weight meet calorie goals, and Nike Inc.’s running app that records pace, time and distance.

One app in the wellness category that has met with some success is Fooducate. It’s free with paid upgrades available and can tell consumers whether foods they’re putting in their shopping carts rate an A or D based on nutrients, ingredients and processing all in one swipe of a barcode with a phone opposed to tediously reading a label.

For instance, a high fiber Trader Joe’s cereal gets an A- for being 100 percent whole grain and naturally high in vitamin C though it contains two teaspoons of sugar per serving. A cherry Nutri-Grain cereal bar from Kellogg Co., however, earns a C for its artificial colors and high fructose corn syrup.

Fooducate was chosen by Apple as the best new health app of the year after its introduction in 2011 and took first place in the U.S. Surgeon General’s healthy app contest last year.

Hemi Weingarten, chief executive officer of Fooducate Ltd., founded the company after a purchase of glow-in-the-dark yogurt by his wife made him turn to the nutrition label for the first time in his life.

“I realized that there’s a lot in the food industry that people don’t know about,” he said in an interview.

To contact the reporter on this story: Anna Edney in Washington at aedney@bloomberg.net