The "Nashville" singer started out selfish, but she's growing up into someone who actually helps other women 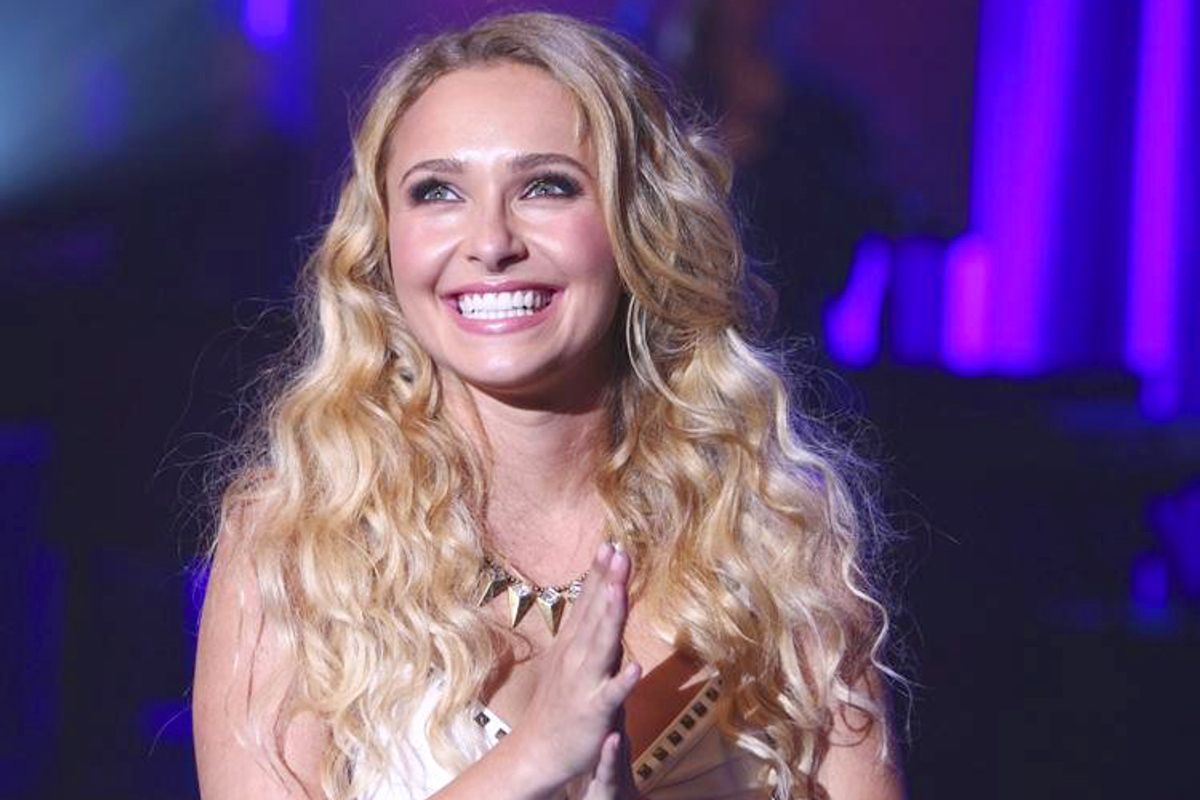 “Go have some servant feed you some grapes and leave me alone,” said the country music star to her wealthy suitor. The line wouldn't have been so surprising had it not been delivered by "Nashville’s" Juliette Barnes as she rejected the advances of the rich and powerful – not to mention, very handsome – media tycoon Charlie Wentworth.

Hayden Panettiere’s Juliette has come a long way from the spoiled, selfish pop star known to audiences for sexually manipulating a producer, a lead guitarist, a quarterback and even her mother’s sober companion to get what she wanted. Juliette spent Season 1 trying, and utterly failing, to bed-hop and back-stab her way into becoming a respected artist. But Season 2’s country diva has finally grown up, trading in her overproduced, oversparkled tween image for real music, savvy business strategies and, shockingly, being an actual good person instead of just publicly pretending. As a young performer breaking out of her carefully packaged teenybopper mold, relying on her talents instead of her sex appeal, Juliette is turning out to be what Season 1 viewers least expected: a feminist role model.

Unlike other young stars attempting to transition out of the marketing that made them famous, Juliette doesn’t look for a new persona to morph into, engage in cultural appropriation or try to use scandal to get attention. Instead, she does just the opposite: she finally steps out as herself. Taking a break from the ever-shorter miniskirts and overproduced dance numbers, she debuts her first new song mid-first season with nothing more than jeans, a white blouse, cowboy boots and a guitar player.

But one good song does not an adult artist make, and it takes several public and private humiliations for Juliette to finally grow up. But after spending most of the first season bouncing between one bad choice and another, Juliette closes it out with one of the show’s most heart-wrenching songs, a dressed-down, emotive ballad in the venerated Bluebird Café. Soon thereafter, she emerges in Season 2 closer than ever to becoming the bona-fide artist she aspires to be. Marketing her first grown-up album, Juliette is still sporting plenty of glamour and high hemlines – this is, after all, country music we’re talking about – but the backup dancers are out, and the album cover, a portrait shot, is sparkle-, cleavage- and long-leg-free. (Those red lips call to mind another “I’m getting older” country music album.)

Juliette soon discovers, though, that her music isn’t charting like it used to, and while she initially tries to hand off responsibility for fixing the problem to her manager, she eventually realizes she doesn’t just need a seat at the table; she needs it to be at the head. She’s aware that she needs to do something differently if she wants to hold onto her arena tour, and by proxy, her career. Go back to the old material? Relocate to smaller venues? No and no, she won’t stand for either, just as she won’t let somebody else dictate the terms of her music or her career.

Instead, she swallows her pride and invites Layla Grant, the label’s newest tween, to tour with her, turning what would have been a competitive relationship into a mutually beneficial one – even if she can’t stand Layla and her put-on “who me?” persona. Layla gets the opportunity to tour with the famous Juliette Barnes, while Juliette uses her “mini-me” to bring in her old fan base. “Well you made my options perfectly clear,” she tells her manager. “And since they all suck, I may as well pick the one that makes the most business sense,” she says, just before mustering that “business sense” to invite Layla on tour, even if not into her home. (And during those months on the road, some of that “business sense” might just rub off on Layla. Erica Jong has dubbed mentoring the new feminism, meaning Juliette might be on the cutting edge without knowing it.)

Yet perhaps most surprising about this decision-making process is not that the once cutthroat Juliette is willing to help a competitor to ultimately help herself, it’s that in an age where a risqué VMA performance and overexposure has essentially become a rite of passage into womanhood, neither she nor her manager – someone who has never had any qualms about exploiting her – ever makes the suggestion of going the tried-and-true route down Sex Symbol Lane. The subject is never even broached. In stark contrast with her real-life contemporaries, Juliette is intuitively aware of the risk of selling herself as just the sum of her body parts.

She has stopped using sex as a negotiation tactic, too. Though she never played the sex card to sell records, she did use it to make them, wielding it to get what she wanted from the (to be fair, incredibly attractive) men around her. But that behavior also seems to be a thing of the past. When both her first and second choices for lead guitarist tell her they won’t come back on tour with her, she doesn’t try to seduce either of them into giving her a yes. Instead, she accepts the rejection, and in one case, even hands over the keys to her private recording studio. Juliette, it would appear, has finally discovered what it means to be a friend.

Her chilly relationship with Rayna also seems to be thawing, albeit slowly, with the two engaging in the same kind of fleeting moments of camaraderie that Tony and Carmela once shared between the veiled resentment and cold shoulders. And even when her relationship with Rayna was at its worst, Juliette never trashed her in the press, Twitter-shamed her to promote her own image, or divulged the secret of Rayna’s daughter’s paternity. Whether she's embracing sisterhood, taking her position as a role model seriously, or just trying to avoid that oft-mentioned special place in hell, Juliette eventually comes to that daughter's rescue. Then she takes the high road by calling Rayna to pick her up, never speaking a word to the public about the incident or somehow trying to use it for her benefit. It is the first time in the show that we see Juliette acting completely selflessly.

Still, as we saw in the latest episode, all of this personal growth has not meant Juliette is done making mistakes. (Is it possible that she read Debora Spar’s new book and stopped expecting herself to be a Wonder Woman?) Her relationship with Rayna is back on the rocks and her grudge is keeping her from bringing Scarlett, Rayna’s talented new singer, on her tour. And while she tried several times to stay away from the married man pursuing her, even sending back his gift with the message, “Juliette Barnes can pay for her own cars,” she ultimately gives in to his penthouse invitation. But even though she eventually caves, she arranges the extramarital affair on her own terms, not his, and without looking for anything in return. Sure it’s going to get her into trouble, but bad decisions, like whiskey and broken hearts, are, after all, the stuff country music is made of.