"Better Call Saul" might not be a prequel to "Breaking Bad" 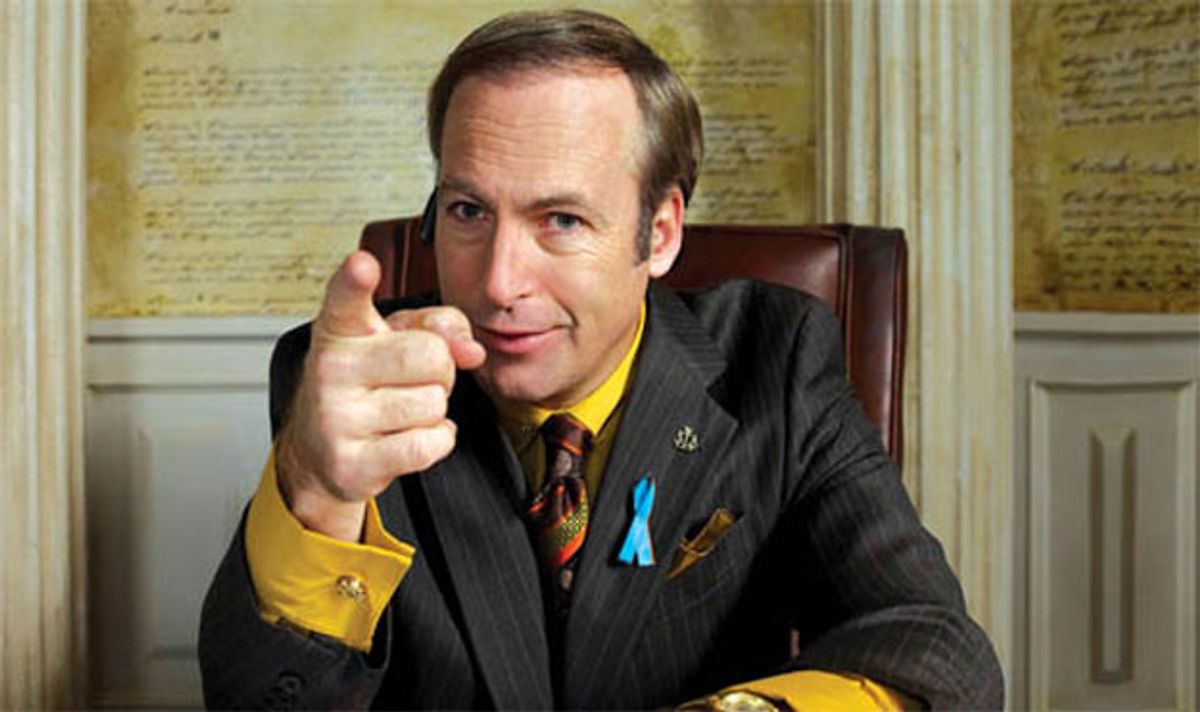 "Breaking Bad" spin-off "Better Call Saul," centered around Walter White's dependable lawyer with questionable methods, Saul Goodman, was originally intended to be a prequel to the AMC hit series. However, in a recent interview with IGN, actor Bob Odenkirk, who plays Goodman, revealed that the show might be a sequel -- or even a mix of the two. "Well, I’ve talked to Vince (Gilligan) and Peter (Gould), who are writing and creating the series, about this and I’ve said that a lot of people do want to see what happens to next to Saul," said Odenkirk. "So, I don’t know what they’re going to do. I know they’ve talked about prequel, but they’ve also talked to me about sequel, and they’ve also talked to me about a mix of prequel and sequel."

The actor and comedian also revealed that the show is "going to be 70 percent drama and 30 percent comedy." Though he doesn't know the details of the show, "supposedly the writers are starting up in two or three weeks," so the setting and tone of the series will be decided soon.

As for Odenkirk's preference -- he has none, because that's not his job as an actor, he explains:

And I will not try to own the universe, or tell you what happens, or dictate anything. I will do the job of an actor, which is take the script, study it, think about it, feel it and ask myself, ‘Who is this person is and how do I be him?’ It’s been incredibly freeing to do that. You know my resume. You know I’ve directed, produced, and written. And when you do all of those things, acting is a lot less fun and you have a lot less energy and focus as an actor because you’re thinking of all the things revolving around the character, rather than just playing the role.