CNN gives up on the news, reports about walking "to the couch"

"The Daily Show" mocks CNN's "New Day," which has a sponsored couch-walking segment 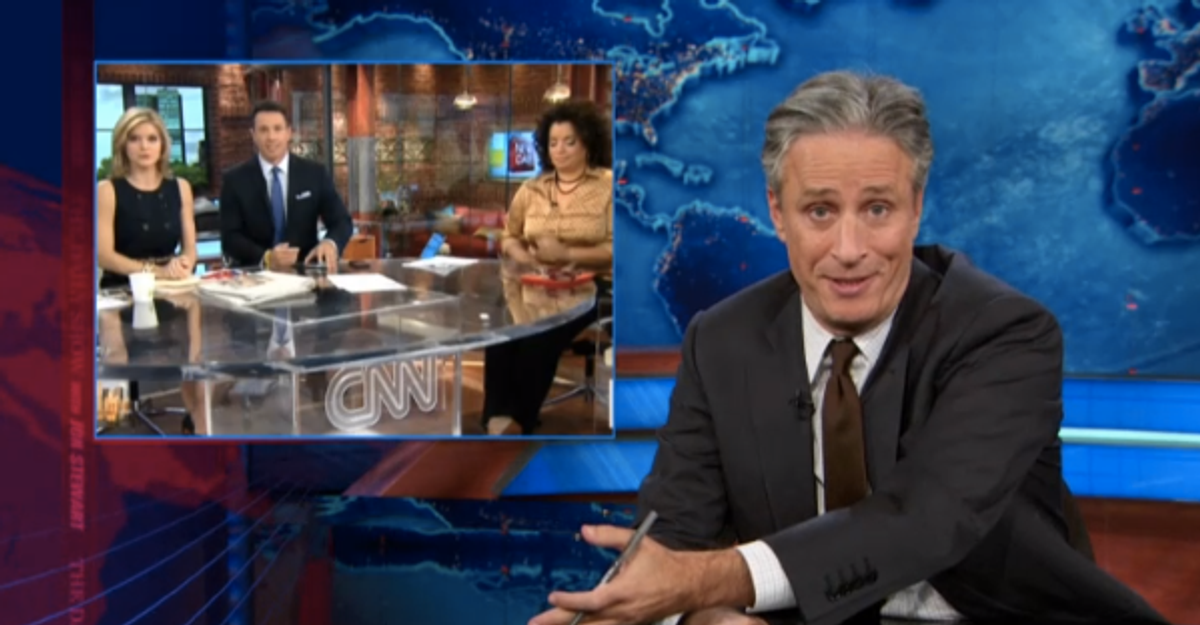 The geniuses at CNN have devised yet another way to avoid reporting real news, noted "Daily Show" host Jon Stewart, by including a "couch-walking" segment in talk show "New Day."

As the name suggests, the segment involves news anchors walking from a table to a couch, while airing a message from a sponsor. "What we see as a simple mechanical blocking issue that perhaps could have been taken care of during a commercial break, they see as a 'newspportunity,'" Stewart explained.

"What the hell just happened?!" exclaimed Stewart. "They came back from commercials to a commercial, covering what they could have done during the commercial!"

But "the sponsored couch walk is so gloriously, cravenly unnecessary that I think I'm in love with it," he said, before trying to level with the heads of CNN. "Let me say something to the heads of CNN, the people that run CNN: Don't make these people do this," Stewart pleaded. "Don't crush their spirits."

In case network heads are looking for other creative ways to not report the news, "The Daily Show" has some other suggestions: