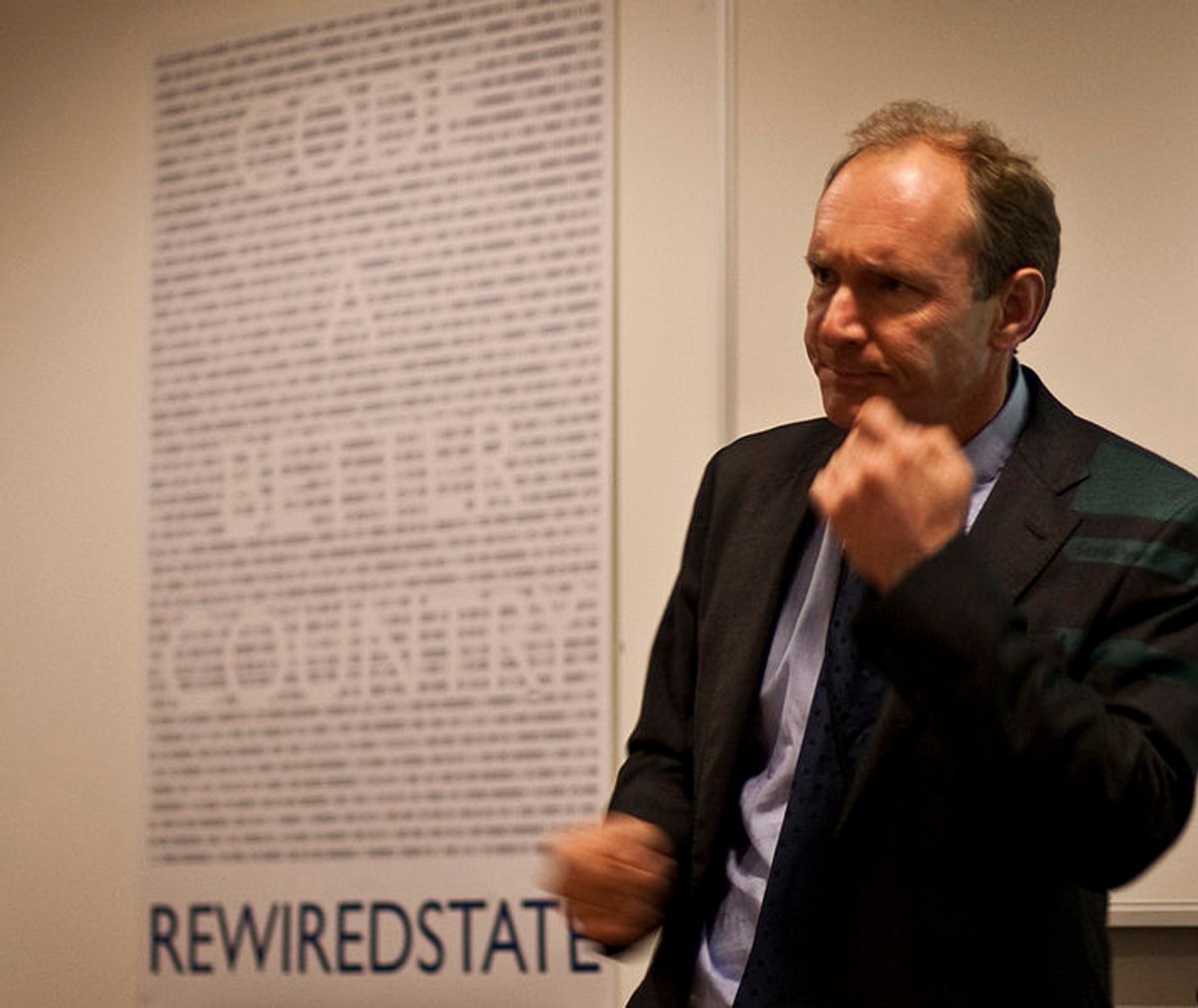 Tim Berners-Lee, the inventor of the World Wide Web, in strong terms condemned the excesses of NSA surveillance practices. In an interview with the Guardian, the celebrated computer scientist who 24 years ago created global inter-connectivity system, heaped specific anger at the fact the the spy agency had worked to weaken encryption standards, thus weakening the structural security of the very Internet.

The Guardian's Ed Pilkington wrote that Berners-Lee called such efforts a "foolish" and a "betrayal of the technology industry." He also commended the publication of Edward Snowden's leaks as "in the public interest."

"Civilization has to a certain extent depended on whistleblowers, and therefore you have to protect them," Berners-Lee said, noting "Whistleblowers, and responsible media outlets that work with them, play an important role in society. We need powerful agencies to combat criminal activity online – but any powerful agency needs checks and balances, and based on recent revelations it seems the current system of checks and balances has failed."