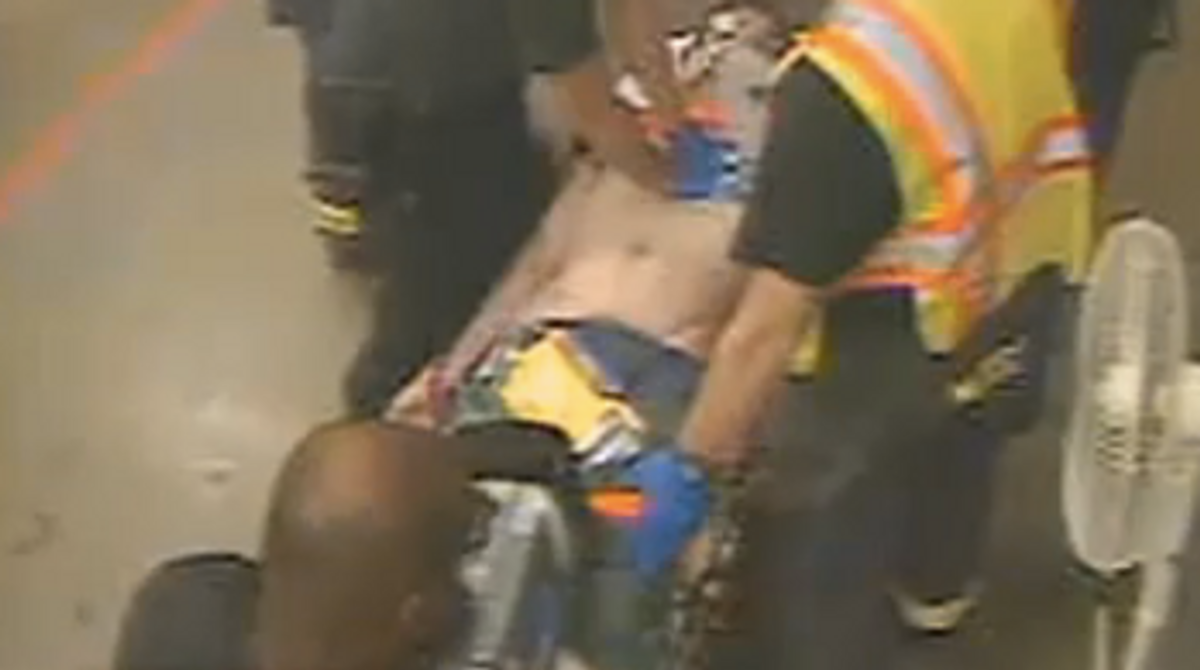 The devastating effects of marijuana arrests, even for minor violations and misdemeanors, have been well-documented. Michael Saffioti's story is a particularly horrifying one.

Saffioti, 22, was jailed in Snohomish County in Washington State, having turned himself in to the police after missing a court date for a misdemeanor marijuana possession charge. The young man only left jail to die in hospital. Despite explaining that he suffered from severe allergies, Saffioti was given oatmeal by prison guards which contained dairy products. He took a few bites and what followed is nothing short of a nightmare. As Kiro TV reported:

Within a few minutes, Saffioti was back at the guard desk, using his inhaler.

According to the legal claim, he asked to see a nurse.

Instead, he was sent to his cell.

Over the next half hour, the video shows other inmates looking in Saffioti's cell as he jumped up and down.

The legal claim says he pressed his call button and was ignored.

... About 35 minutes after he ate, a guard found Saffioti unconscious in his cell. The guard called for help and Saffioti was dragged out.

Nurses arrived and performed CPR. Everett firefighters took over and rushed Saffioti to the hospital where he was pronounced dead a half hour later.

Not only was Saffioti callously treated -- reportedly told by guards that he was "faking" his allergy -- but his family were blocked from discovering the truth after officials attempted a series of cover ups. As HuffPo noted:

County officials stonewalled Saffioti's mother's attempts to obtain video of the events leading to her son's death, first by denying its existence. After Saffioti's family discovered the police had lied about that, they turned over only non-incriminating portions of the video. The family was eventually able to force them to hand over the entire thing. So far, attorneys for the family have also been barred from interviewing jail staff or responding medical personnel.

Four months after Saffioti's death, recreational pot was legalized in Washington state. No doubt little solace to his family, who have filed suit against the county.

Video obtained by KIRO TV from the county jail clearly shows Saffioti questionning guards about the food he was being given: