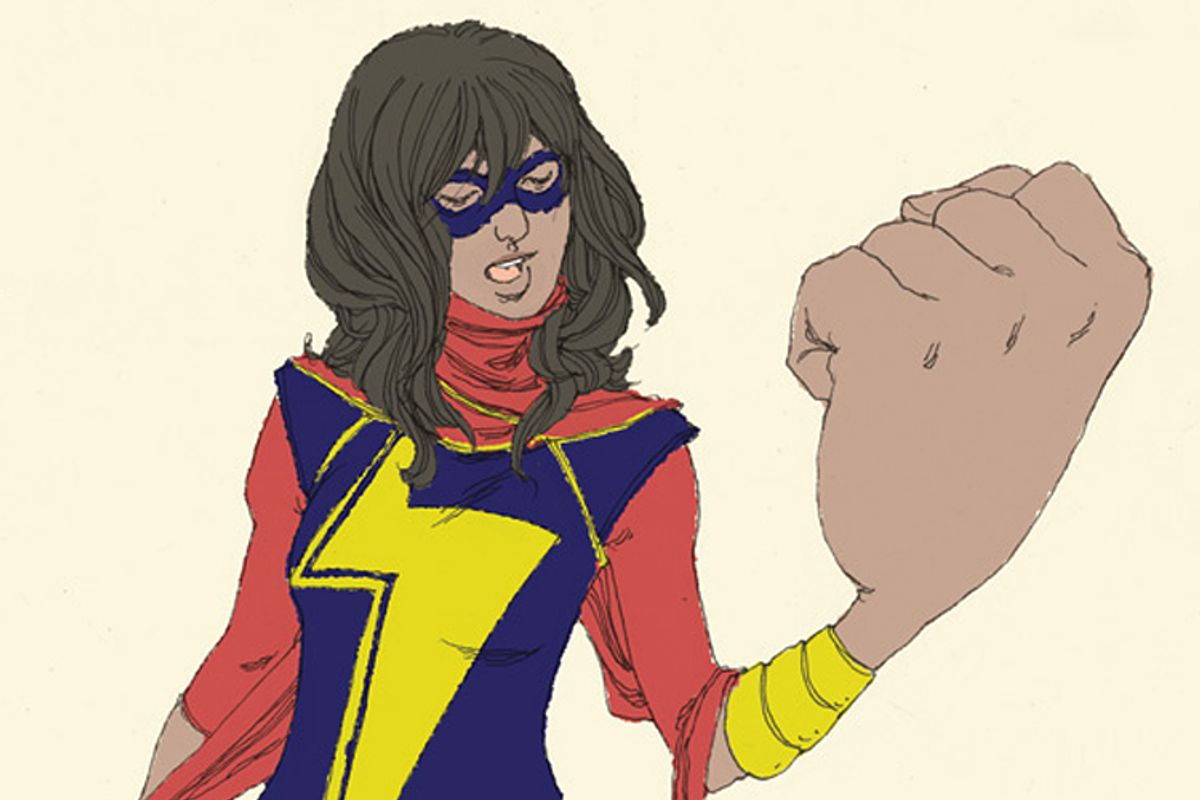 Come February, Marvel Comic readers will have a new superhero to idolize -- an unlike most of them, this one isn't white. Or a man. Superhero Kamala Khan is a teenage Muslim girl from Pakistan, now living in Jersey City, reports the New York Times:

Kamala, whose family is from Pakistan, has devotedly followed the career of the blond, blue-eyed Carol Danvers, who now goes by Captain Marvel, a name she inherited from a male hero. When Kamala discovers her powers, including the ability to change shape, she takes on the code name Ms. Marvel — what Carol called herself when she began her superhero career.

...Kamala will face struggles outside her own head, including conflicts close to home. “Her brother is extremely conservative,” [Marvel editor] Ms. Amanat said. “Her mom is paranoid that she’s going to touch a boy and get pregnant. Her father wants her to concentrate on her studies and become a doctor.” Next to those challenges, fighting supervillains may be a respite.

The series's writer, G. Willow Wilson, who converted to Islam, hopes that Khan's story will find broad appeal because, as much as it is about one Muslim-American girl's experience, it's also “about the universal experience of all American teenagers, feeling kind of isolated and finding what they are.”

Though the idea originated from conversations between Marvel editor Sana Amanat and Steve Wacker about the former's childhood experiences, halfway across the world, female Muslim superheros are becoming a powerful symbol for what Muslim women can become in society. “Solid female characters, not just superheroes, are essential for the Arab world at this time of unprecedented violence against women,” said Joumana Merhej, the creator of Malaak, a female Muslim superhero who "saves her country from evil spirits masquerading as militias," according to Bloomberg. “We can create in our literature the equal and balanced society we aspire to.”