“I was pretty sure that blessings wouldn’t protect chicken from antibiotic resistance." 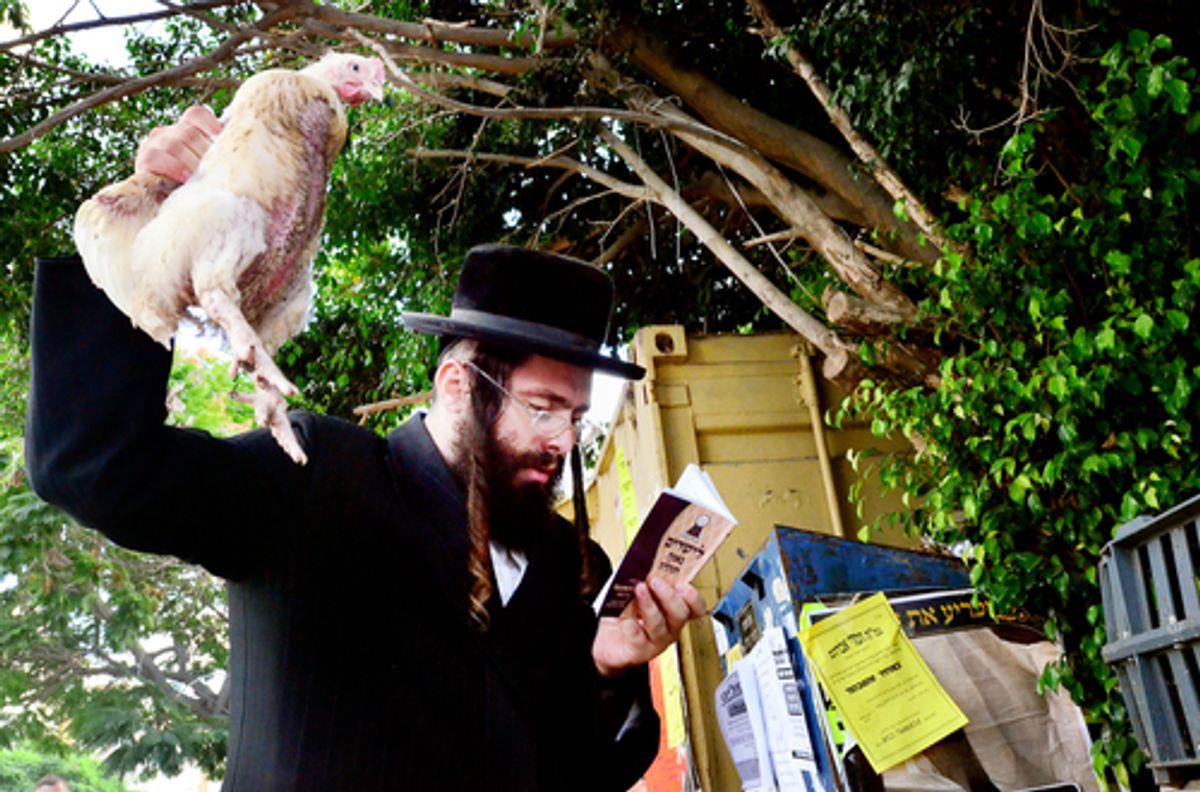 A small study comparing kosher, organic, antibiotic-free and conventionally raised chicken found that samples of all four were contaminated with antibiotic-resistant E. coli -- and that the bacteria was almost twice as common in kosher as conventionally raised samples. While that doesn't meant that any are necessarily dangerous to eat, the New York Times reports, it raises some interesting questions about what consumers are willing to pay more for in the name of food safety .

Obviously, observant Jews buy kosher chicken because God's law commands it. But plenty of people are the impression that kosher meats are superior: a 2009 survey, for example, found that the most common reasons why people buy kosher are food quality, "general healthfulness" and food safety. That whole religious law thing was sixth on the list of consumer's priorities. As the Times put it in 2010: "An ancient diet has become one of the hottest new food trends."

But so far as antibiotic resistance goes, the study found, a kosher label is no guarantor of safety. Neither, surprisingly, are "organic" and "antibiotic-free" certifications. From the Times:

Almost twice as many of the kosher chicken samples tested positive for antibiotic-resistant E. coli as did the those from conventionally raised birds. And even the samples from organically raised chickens and those raised without antibiotics did not significantly differ from the conventional ones.

...“But it was a surprise to me,” Dr. Price continued, “that we found as much antibiotic-resistant E. coli in chicken that was organic and raised without antibiotics.”